52-year-old won't be eligible for parole for 50 years. He says shooting George Tiller saved lives of the unborn 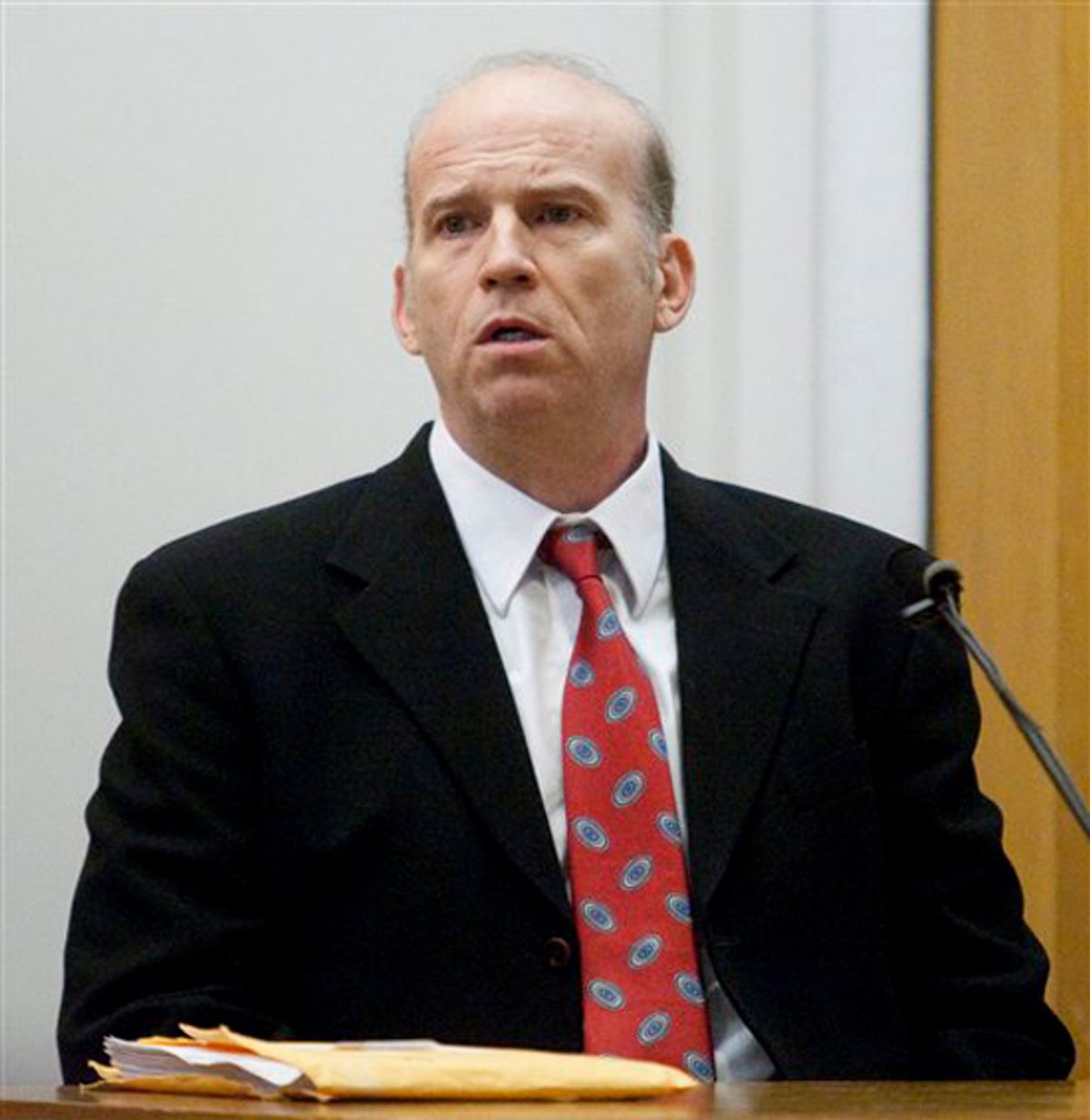 FILE - In this Thursday, Jan. 28, 2010 picture, Scott Roeder testifies at his trial in Wichita, Kansas. The convicted killer of Dr. George Tiller, a Kansas abortion provider, has little sympathy for the family of his victim, comparing them to the relatives of a hit man in a recording posted online on Monday, Feb. 8, 2010 in his first public comments since his trial. (AP Photo/Jeff Tuttle, Pool) (Jeff Tuttle)
--

An anti-abortion zealot convicted of murdering a prominent Kansas abortion doctor was sentenced Thursday to life in prison and won't be eligible for parole for 50 years -- the maximum allowed by law.

Scott Roeder, 52, faced a mandatory life prison term for gunning down Dr. George Tiller in the back of Tiller's Wichita church last May. Tiller was one of the few U.S. doctors who performed late-term abortions.

Sedgwick County District Judge Warren Wilbert could have made the Roeder eligible for parole after 25 or 50 years, but gave him the harsher sentence because he said the evidence showed Roeder stalked Tiller before killing him.

Wilbert also sentenced Roeder to serve an additional year in prison on each of two counts of aggravated assault for threatening two church ushers in the melee. That means -- allowing for possible time off those sentences for good behavior -- Roeder won't be eligible for parole for 51 years and eight months.

During his trial, Roeder testified that he killed Tiller in a bid to save unborn children.

In a rambling statement in court Thursday, Roeder blamed Tiller's death primarily on the state for not outlawing abortion.

"I stopped him so he could not dismember another innocent baby. Wichita is a far safer place for unborn babies without George Tiller," Roeder said.

Roeder also took the opportunity to describe abortion procedures in detail, which he was previously forbidden from doing during the trial. Abortion is legal in Kansas, and prosecutors were careful not turn the trial into a referendum on abortion.

Roeder interrupted Wilbert several times as the judge discussed the sentence from the bench.

When Wilbert read from a previous court decision saying that allowing vigilantism would promote chaos, Roeder said, "Baby murder is anarchy and chaos."

As he being led away in handcuffs after the sentencing, Roeder shouted, "Blood of innocent babies on your hands."

He read a long statement that included details of abortion procedures, but 40 minutes into his remarks, Wilbert stopped Roeder as he was about to publicly attack District Attorney Nola Foulston.