Fernet Branca: the trendy drink that makes you gag

Fernet Branca has been called the "liqueur of Hades," but adventurous San Franciscans just can't get enough of it 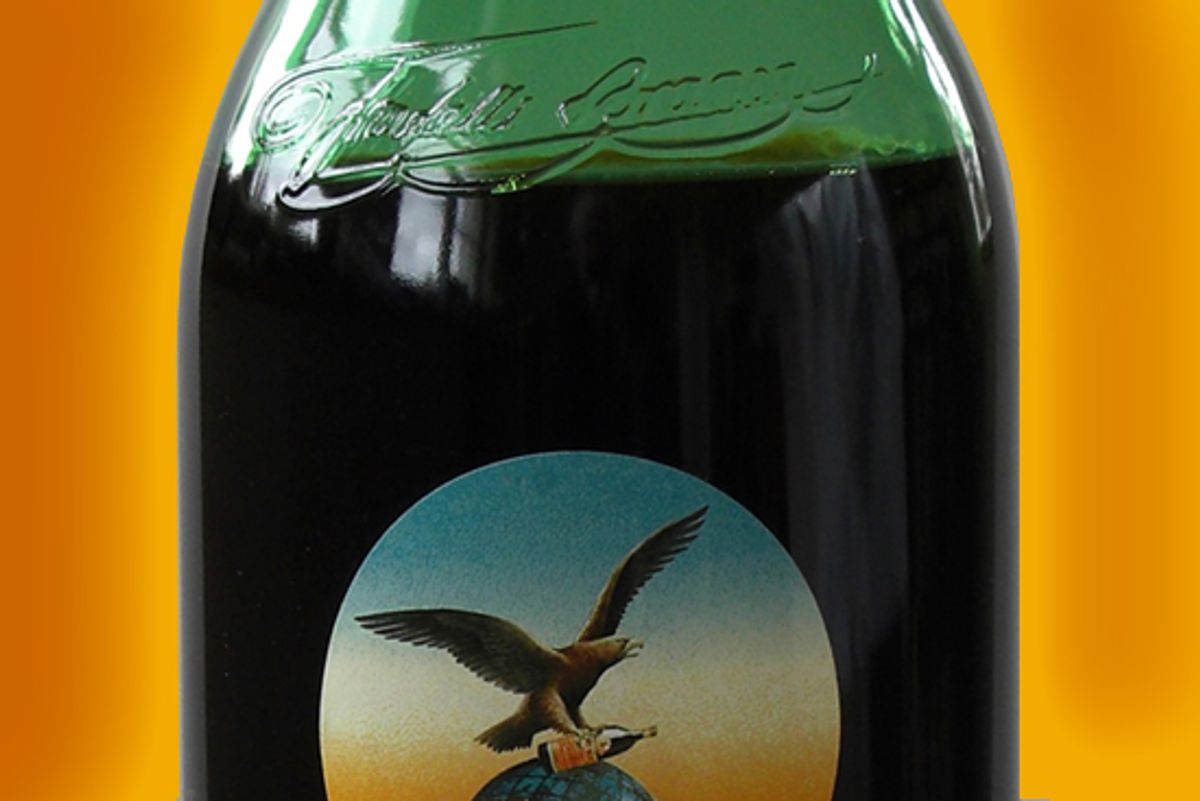 Fernet Branca is an Italian liqueur with a taste so pungent that your first sip has a good chance of making you either want to throw up or wash your mouth out with Pepto Bismol. Made up of over 40 different kinds of herbs and spices, the drink is often consumed as a digestif -- to help aid digestion after a large meal -- or as a hangover cure. After more than a century of popularity in Italy, Fernet's challenging taste is becoming increasingly trendy in the United States -- especially in San Francisco (So much so that, as Tasting Table recently pointed out, several Bay Area bar-restaurants have begun offering it on tap.)

Fernet Branca's intense effect on the palate is largely due to its extreme bitterness, though the drink also contains, among other exotic herbs, myrrh, gentian root, saffron, zedoary, chamomile, cardamom, aloe, and something called cinchona (the exact formula is kept strictly secret). San Francisco Weekly called it "black-licorice flavored Listerine," Robert Misch, the former head of the Wine and Food Society of New York called it the "liqueur of Hades" and wrote that drinking it is "like hitting yourself on the head with a hammer," and Betsy von Furstenberg was suspended from Actor's Equity in 1960 after secretly putting it into Tony Randall's onstage drink.

The drink is often consumed as a shot, or mixed with Coke. It often overtakes anything it is mixed with, but  the Wall Street Journal's Eric Felten suggests mixing it with Vermouth and Bourbon.

The formula for Fernet Branca was first developed in Italy, in 1845, by man named Bernardino Branca (the Fernet was added for marketing reasons). After subjecting family members to a tasting of his new concoction, he went about marketing it as medicine -- to ease menstrual pains, promote digestion and prevent aging -- and somehow managed to turn it into a hugely popular product. Naturally, when the great wave of Italian immigration hit the United States, it brought along love for the trenchant liqueur which, thanks to its supposed medicinal properties, even managed to stay on the market through Prohibition.

Despite this auspicious start, the liqueur never really made it huge mainstream U.S. market (which may have something to do with its tendency to make people cry). But in the last few years, its profile has once again been rising among connoisseurs and bartenders. According to Felten, Fernet's repellent taste is becoming something of a challenge for know-it-all foodies, and its appeal to the little-stimulated bitter-tasting part of the palate could be another reason for its sudden ressurgence.

Bizarrely, a disproportionate number of San Franciscans. The City by the Bay is responsible for 35 percent of the country's Fernet Branca consumption (the reason remains a mystery, but it might have something to do withthe city's general affection for eccentricity). Also: Argentinians. Fernet Branca and Coke is so popular it's basically Argentina's national cocktail. (In case you're looking for a personal theme song for your Fernet and Coke consumption, check out Argentinian band Vilma Palma's "Fernet Con Cola.") Most trashily, a large number of Germans apparently enjoy drinking it with Red Bull.

Clearly, Fernet Branca isn't a new phenomenon -- and the millions of Branca-loving Italians and Argentinians must be on to something -- but the extremity of the drink's taste is likely going to restrict it, for the foreseable future, to a small number of adventure-seeking drinkers (and those crazy, crazy San Franciscans).