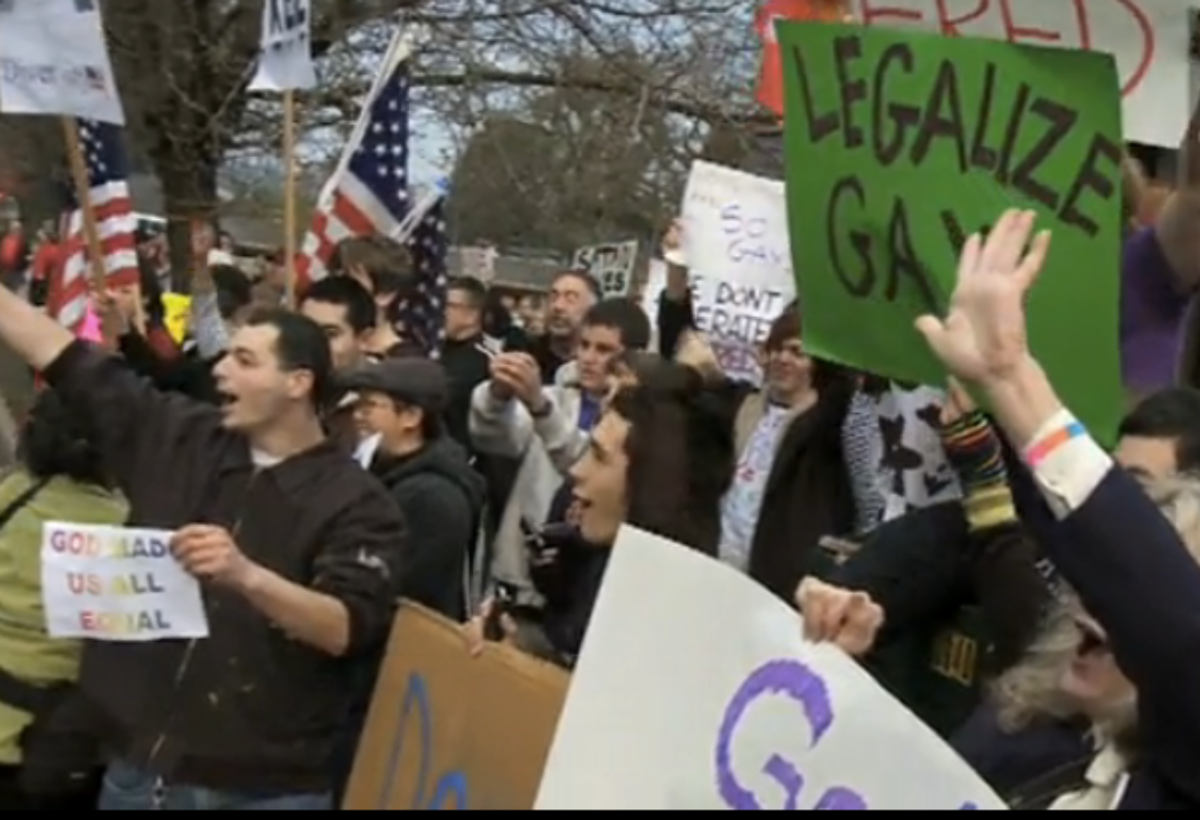 Reluctant as we are to give any attention to the Westboro Community Church and its small, vocal and profoundly loathsome group of haters, every now and then, they do help illuminate the better side of human nature. Such was the case recently, when Fred Phelps's  gays and Jews-baiting anger management candidates descended upon Palo Alto's Gunn High School with their usual array of GOD HATES YOU signs.

The group, which recently made headlines for suing the family of slain Iraq soldier Matthew Snyder for reimbursement of legal fees – and appallingly, winning – after being ordered to pay damages for disrupting his funeral  -- had a special reason for singling out Gunn High for its special brand of vitriol. Heartbreakingly, four of its students have committed suicide in the past year. This, to the five determined protesters, was a clear sign of God's retribution on the community for its sinful ways.

But as this new clip from anti-hate crime group Not In Our Town shows, when faced with devastating loss compounded with a few underemployed bigots, the kids at Gunn decided to fight back. With song.

As Gunn teacher Daisy Renazco explained, "People say the word 'tolerance' … We don't tolerate each other -- we actually accept each other." Singing standbys like "This Little Light of Mine," "We Shall Overcome" and "Let It Be" and wearing shirts that read, "Gay? Fine by me," the students showed that despite media reports to the contrary, kids today aren't all a bunch of sexting,  bullying brutes. At those moments their mettle is tested most, teenagers can be loving, united, and strong – and they still rock to those campfire classics.