As we mark the anniversary of his murder, too much of the injustice he fought against is still with us 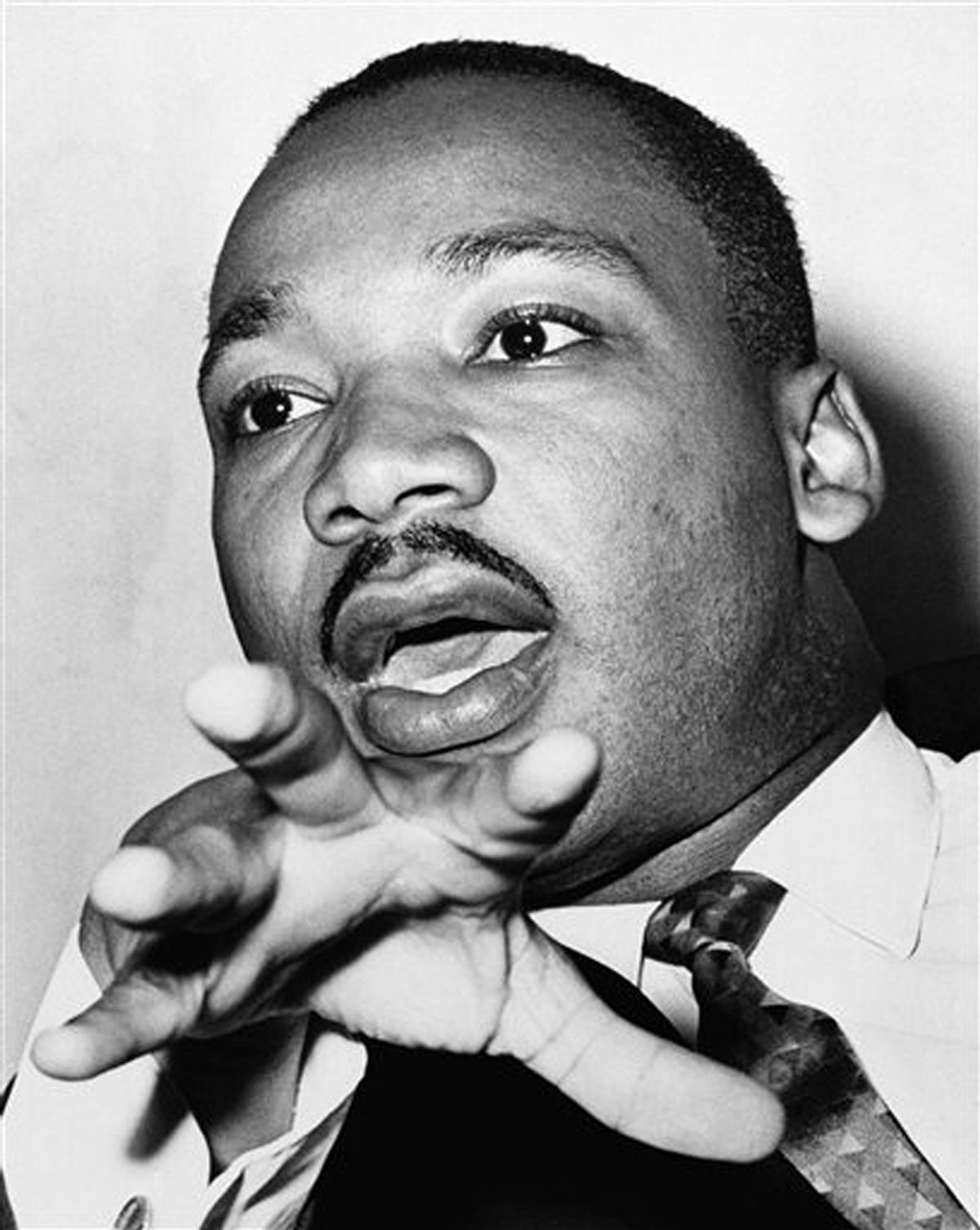 Forty-two years ago, on April 4, 1968, Martin Luther King Jr., was assassinated, gunned down in Memphis, Tenn. To those of us who were alive then, the images are etched in painful memory: One day, King is standing with colleagues, including Ralph Abernathy and Jesse Jackson, on the balcony of the Lorraine Motel; the next, he's lying there mortally wounded, his aides pointing in the direction of the rifle shot.

Then we remember the crowds of mourners slowly moving through the streets of Atlanta on a hot sunny day, surrounding King's casket as it was carried on a mule-drawn farm wagon; and the riots that burned across the nation in the wake of his death; a stinging, misbegotten rebuke to his gospel of nonviolence.

We sanctify his memory now, name streets and schools after him, made his birthday a national holiday. But in April 1968, as King walked out on that motel balcony, his reputation was under assault. The glory days of the Montgomery, Ala., bus boycott and the 1963 March on Washington were behind him, his Nobel Peace Prize already in the past.

A year before, at Riverside Church in New York, he had spoken out -- eloquently -- against the war in Vietnam. King said, "A nation that continues year after year to spend more money on military defense than on programs of social uplift is approaching spiritual death," a position that angered President Lyndon Johnson, many of King's fellow civil rights leaders and influential newspapers. The Washington Post charged that King had, "diminished his usefulness to his cause, to his country, and to his people."

With his popularity in decline, an exhausted, stressed and depressed Martin Luther King Jr. turned his attention to economic injustice. He reminded the country that his March on Washington five years earlier had not been for civil rights alone but "a campaign for jobs and income, because we felt that the economic question was the most crucial that black people and poor people, generally, were confronting." Now, King was building what he called the Poor People's Campaign to confront nationwide inequalities in jobs, pay and housing.

But he had to prove that he could still be an effective leader, and so he came to Memphis, in support of a strike by that city's African-American garbage men. Eleven hundred sanitation workers had walked off the job after two had died in a tragic accident, crushed by a garbage truck's compactor. The garbage men were fed up -- treated with contempt as they performed a filthy and unrewarding job, paid so badly that 40 percent of them were on welfare, called "boy" by white supervisors. Their picket signs were simple and eloquent: "I AM A MAN."

A few weeks into their strike, which had been met with opposition and violence, King arrived for meetings and addressed a rally. Ten days later, he returned to lead a march through the streets of Memphis that ended in smashed windows, gunshots and tear gas.

Upset by the violence, he came back to the city one more time to try to put things right. The night before his death, King made his famous "Mountaintop" speech, prophetically telling an audience, "Longevity has its place. But I'm not concerned about that now. I just want to do God's will. And He's allowed me to go up to the mountain. And I've looked over. And I've seen the Promised Land. I may not get there with you. But I want you to know tonight, that we, as a people, will get to the Promised Land!"

The next night he was dead. Twelve days later, the strike was settled, the garbage men's union was recognized and the city of Memphis begrudgingly agreed to increase their pay, at first by a dime an hour, and later, an extra nickel.

That paltry sum would also be prophetic. All these decades later, little has changed when it comes to economic equality. If anything, the recent economic meltdown and recession have made the injustice of poverty even more profound, especially in a society where the top percentile enjoys undreamed of prosperity.

Unemployment among African-Americans is nearly double that of whites, according to the National Urban League's latest State of Black America report. Black men and women in this country make 62 cents on the dollar earned by whites. Less than half of black and Hispanic families own homes and they are three times more likely to live below the poverty line.

The nonpartisan group United for a Fair Economy has issued a report that features Martin Luther King Jr. on the cover with the title "State of the Dream 2010: Drained." King's dream is in jeopardy, the report's authors write, "The Great Recession has pulled the plug on communities of color, draining jobs and homes at alarming rates while exacerbating persistent inequalities of wealth and income."

Nor will a recovery ameliorate the crisis. "A rising tide does not lift all boats," United for a Fair Economy's report goes on to say, "because the public policies, economic structures, and unwritten rules of racism form mountains and ridgelines, and hills and valleys that shape our economic landscape. As a result, a rising economic tide fills the rivers and reservoirs of some, while leaving others dry and parched."

This is a perilous moment. The individualist, greed-driven free-market ideology that both our major parties have pursued is at odds with what most Americans really care about. Popular support for either party has struck bottom, as more and more agree that growing inequality is bad for the country, that corporations have too much power, that money in politics has corrupted out system, and that working families and poor communities need and deserve help because the free market has failed to generate shared prosperity - its famous unseen hand has become a closed fist..

It is hard to overstate the consequences of choosing more of the same -- the very policies that have sundered our social contract. But hear the judgment of Nobel laureate Kenneth Arrow, echoing Martin Luther King Jr.'s life and martyrdom. "The vast inequalities of income weaken a society's sense of mutual concern," Arrow said. "... The sense that we are all members of the social order is vital to the meaning of civilization."