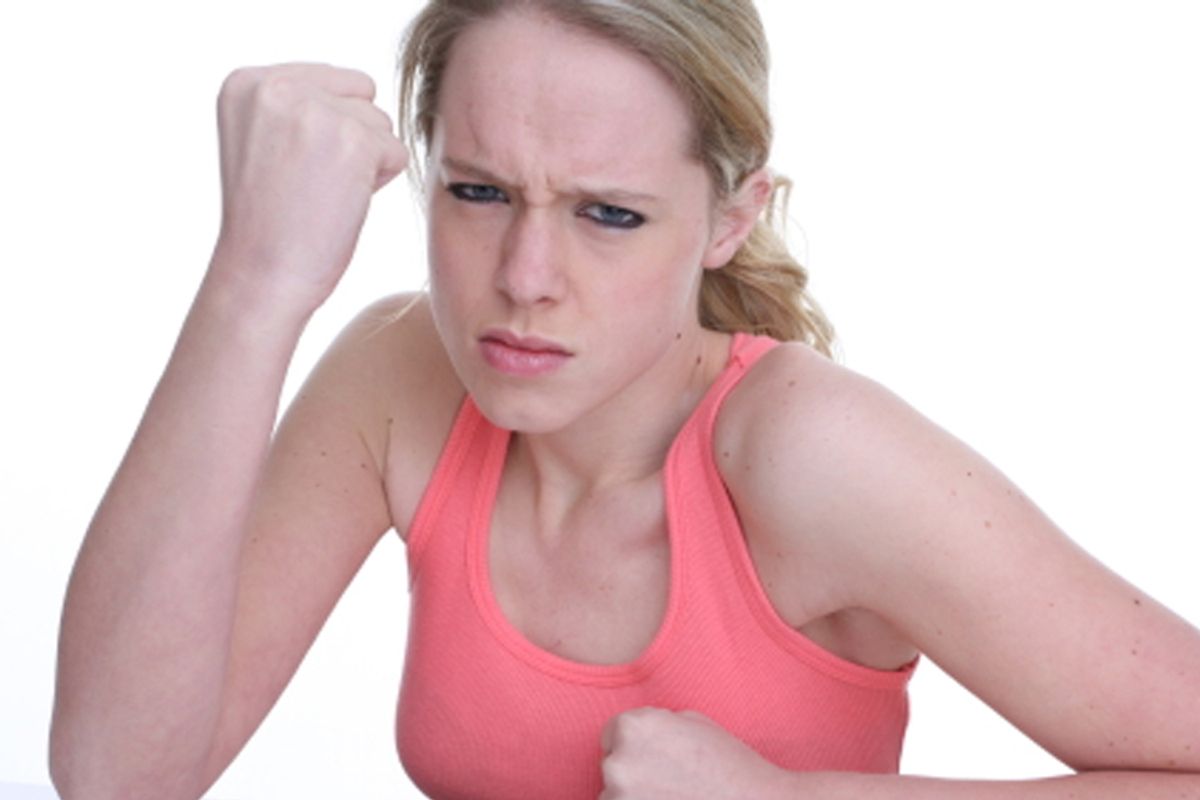 With the Phoebe Prince case making headlines, talk of "mean girls" is in the air again. But at least two people aren't buying it: Mike Males and Meda-Chesney Lind, in today's New York Times, declare the epidemic of teen girl cruelty both a "hoax" and a myth. "We have examined every major index of crime on which the authorities rely," they write. "None show a recent increase in girls' violence; in fact, every reliable measure shows that violence by girls has been plummeting for years." Murders and robberies by girls are less frequent than they have been in 40 years; other, lesser offenses, such as fights and weapons possession are down as well.

Unfortunately, cruelty between girls can't really be measured with the hard crime statistics on which Males and Lind's argument relies. That's part of what makes it so insidious. As Rachel Simmons wrote in "Odd Girl Out: The Hidden Culture of Aggression in Teenage Girls," bullying between teenage girls expresses itself as physical fighting less often than it does as relational aggression, a soft and social warfare often conducted between girls who seem to be friends. You can't measure rumors, passive-aggressive remarks, alienation and shaming with statistics. But that doesn't mean they aren't damaging or common -- or, you know, mean. There's a difference between being cruel and being violent -- a difference that the Times piece seems not to recognize, actually -- but cases like that of Prince, or Megan Meier, who committed suicide after being harassed by Lori Drew on MySpace, show that the consequences can be distressingly similar. Girls may not murder people very often, but neither Prince nor Meier were murdered; they were taunted and bullied to the point that suicide seemed like their only option.

The Times Op-Ed is right that girl-on-girl violence does attract a disproportionate amount of attention. The Prince and Meier cases made national news; lesser but still serious offenses, like a string of beatings by girls posted on YouTube, are headline grabbers and commentary bait. So, why do female bullies get so much more airtime than male bullies? Well, the most obvious answer is that they're more visible to us these days: on YouTube, on MySpace in Meier's case, and on Facebook in Prince's. (One of her alleged tormentors posted "accomplished" as her status message on the day she died.) The Internet doesn't increase cruelty so much as make it more transparent and searchable; actual crime rates may be going down, but the aggression between girls is more visible than it has ever been. Then, there's the fact that, since we don't expect violence from teen girls -- those silly, sweet, kittenish creatures, all of whom are imagined, somehow, to possess a vague temperamental resemblance to Ann-Margret in "Bye Bye Birdie" -- it's shocking when we see it. And "shocking" translates to "reportable." Show some teen boys in a fistfight, and no one is surprised; show girls doing the same thing, and it's news.

It's easy to poke holes in Meyer and Lind's argument, with its reliance on hard crime stats. Still, they have one thing right. Focusing on cruelty committed by girls is sensational, and more than a little cheap. People, and often young people in particular, often make life hellish for each other. Instead of focusing on woman's inhumanity to woman, maybe we should point out that a regrettably large portion of the world can be inhumane. Including many boys.