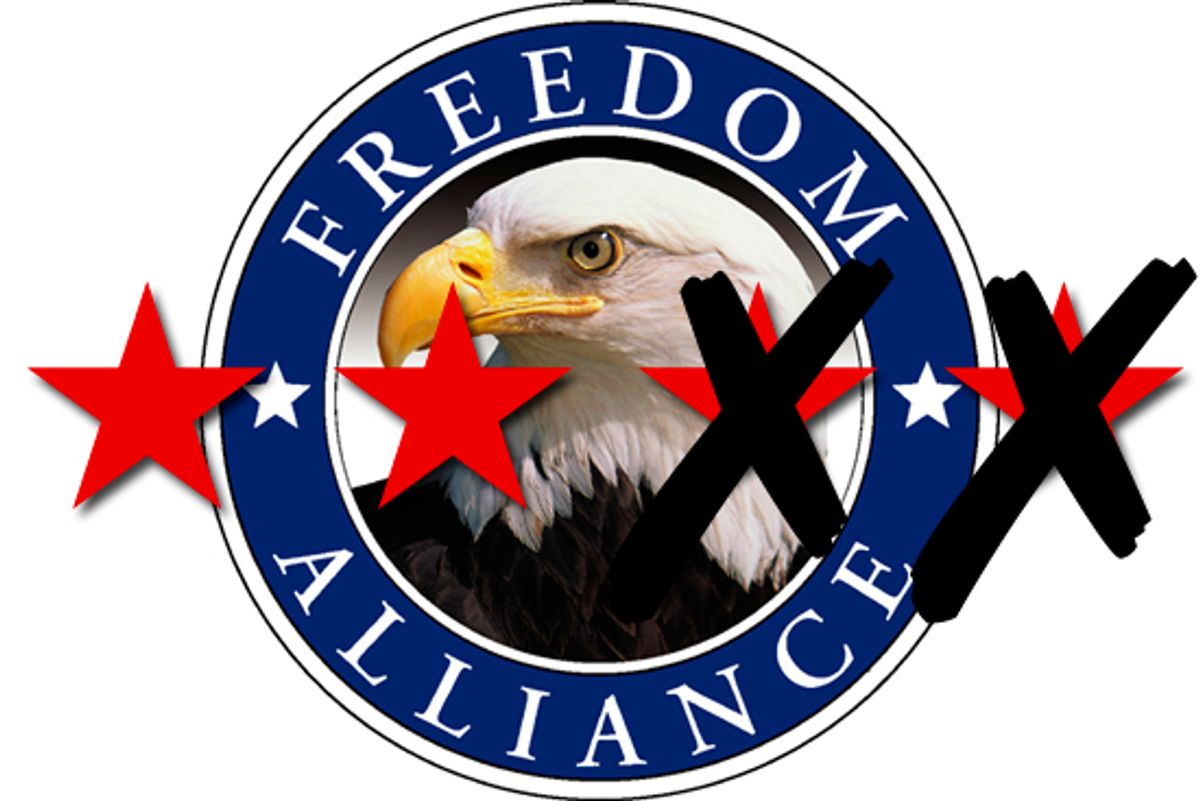 Patriotic donors cannot say they weren't warned: The four-star rating of Freedom Alliance by Charity Navigator, an independent and nonpartisan Web site that rates charitable organizations, has dropped precipitously from four stars to two stars. The abrupt downgrade occurred within two days after Citizens for Responsibility and Ethics in Washington filed complaints against the Freedom Alliance with the Federal Trade Commission and the Internal Revenue Service, alleging consumer fraud and abuse of tax-exempt status.

The complaints also named Fox News personalities Sean Hannity and Oliver North Jr., who run Freedom Alliance and the Freedom Concerts that have raised millions of dollars over the past decade.

Freedom Alliance has often boasted of its high ratings from charitable watchdog groups, specifically citing the four stars awarded by Charity Navigator to bolster its credentials as a benefactor of military veterans and their families. That generous assessment was particularly valuable because another major rating agency, the American Institute of Philanthropy, has long treated Freedom Alliance with deep skepticism.

The four-star rating that Freedom Alliance formerly enjoyed, according to Charity Navigator's Web site, indicates that a charity is "Exceptional" and "Exceeds industry standards and outperforms most charities in its Cause." By contrast, a two-star rating means that a charity "Needs Improvement" and "Meets or nearly meets industry standards but underperforms most charities in its Cause." The latter phrase, while far from glowing, may yet be rather charitable to Freedom Alliance. Naturally, the CREW Web site's blog noted the down-rating of its target and snarked:

Less than a week ago, Freedom Alliance proudly displayed Charity Navigator's logo on its website, boasting of its four-star rating. Now that logo has been removed.