Antidepressants get the go-ahead

Four drugs have been cleared for use by pilots. Plus: Refreshing news on the security front 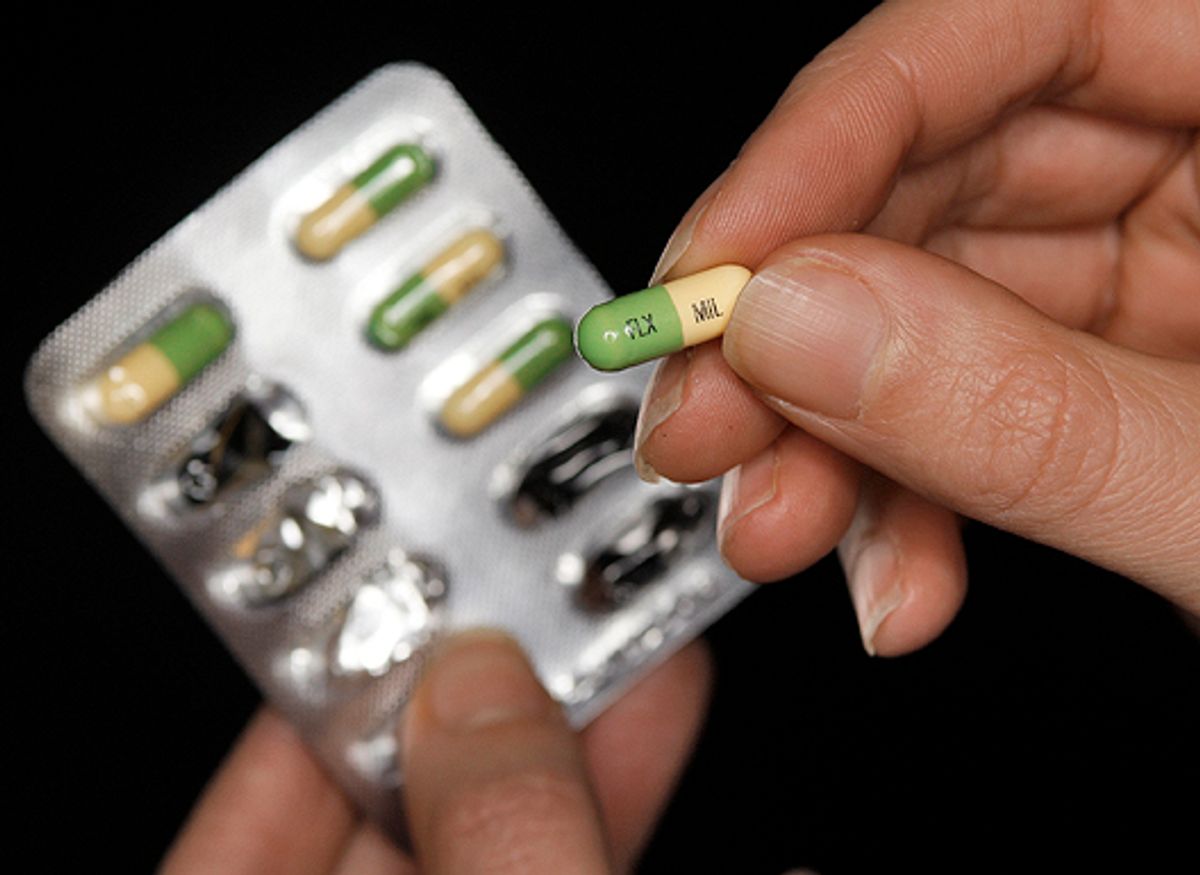 Last week, the Federal Aviation Administration announced that it would rescind a decades-old ban on allowing pilots to fly while taking antidepressant medication. Under the new policy, four commonly prescribed drugs are now cleared for use: Prozac, Zoloft, Celexa and Lexapro.

The use of these drugs will be carefully supervised, and pilots will still need to report all treatment for mental health issues, including the taking of any medication, on their medical certificate applications. (Pilots are subject to periodic FAA physicals, as frequently as every six months for airline captains.)

The FAA reports that up to 10,000 licensed pilots will be affected, but that number includes private and non-airline commercial pilots. I have never in my career known a colleague to have been diagnosed with depression or to have taken antidepressants. Granted, not everybody with such an affliction is forthcoming about it, but in practice this policy will affect only a tiny number of airline pilots.

Nevertheless, it is a good and progressive step from an agency known for its conservatism and glacially paced reform. Pilots who previously shunned treatment can now freely seek it out, and provisions include a six-month grace period for pilots who have already sought treatment or medication but failed to report it -- a particularly bold step from the FAA.

People hear "pilots" and "depression" in the same sentence, and it triggers all kinds of alarms and misunderstandings. First of all, "depression" is a big word and can mean many different things. A "depressed" pilot is by not, by definition, an incompetent or unsafe pilot, necessarily. The traveling public likes to think of its pilots as somewhat superhuman, which has never been fair to pilots as people. This ruling reminds you that pilots are people too, no different from any other professionals.

Where is this fresh air coming from? From the top, perhaps. That is, from J. Randolph "Randy" Babbitt, Barack Obama's pick for FAA administrator. By all accounts Babbitt is bit more engaged than your typical bureaucrat, and he spent 25 years as a line pilot for Eastern Air Lines before later becoming president of the Air Line Pilots Association, the industry's largest pilots union.

Now, if only the folks at the Transportation Security Administration and Homeland Security could ride the FAA's coattails.

Wait, but what's this, some refreshing news on the security front as well? Also last week, the government rescinded its December 2009 emergency order mandating special security checks on passengers entering the United States from 14 specific countries.

The emergency order, put in place after a Nigerian man attempted to blow up a Northwest Airlines flight on Christmas Day, was a crude form of profiling and wrongheaded on several levels. As any security expert will tell you, routine is weakness, and the more narrow your search criteria, the easier the system is for an attacker to skirt. Focusing on only 14 nations left us wondering about the other 190 or so countries around the globe -- from any one of which a bomber could emerge. We can't deny there's a higher risk presented by places like Yemen or Saudi Arabia in the context of today's geopolitics, but over the decades, the nationalities of various terrorists paint a virtual United Nations of air crimes, from Canada to Japan to Colombia. Shoe-bomber Richard Reid, I'll remind you, was a citizen of Great Britain.

Now, with the new rule, instead of departure country, passengers will be screened on the basis of how many camels they own.

Sorry. Actually, enhanced screening will instead rely on an intel-based profile that draws from a wide series of data points, including travel history, national origin and the cross-checking of passengers' identities against those on watch lists.

This is smart, and in keeping with something I've been saying all along: that real airport security doesn't happen on the concourse. It happens backstage, invisibly. Real security is the job of law-enforcement and intelligence agencies, not the job of $20-an-hour screeners.

Too bad we can't adopt similarly sensible measures on the domestic front. Fourteen countries? What about 50 states? We'll no longer be subjecting as many foreigners to needless harassment, and that's good, but what about the rest of us? For now, we remain stuck with the horrendously wasteful, unsustainable and, frankly, unenforceable approach that insists on treating each and every one of the 2 million daily fliers in this country as potential terrorists.

And as for specific tactics, the rule prohibiting passengers from carrying knives and sharp objects was an "emergency order," was it not -- a knee-jerk response to Sept. 11? Yet nine years later -- nine years! -- we're still living with it, despite any clear justification. Even a child knows that you can fashion a deadly weapon out of anything, from a ballpoint pen to a broken bottle, and in any case the Sept. 11 box-cutter scheme is long ago off the table as a viable terrorist tactic. So why are we continuing to waste millions of collective hours and billions of dollars in a hunt for screwdrivers and hobby knives? Not only is it wasteful, it pulls resources away from looking for legitimately dangerous things, such as bombs.

Depressing, isn't it? It's a wonder every crew member and frequent flier isn't on Lexapro.