Republicans sent t-shirts mocking the healthcare vote to Democrats, but they weren't made in the U.S.A. 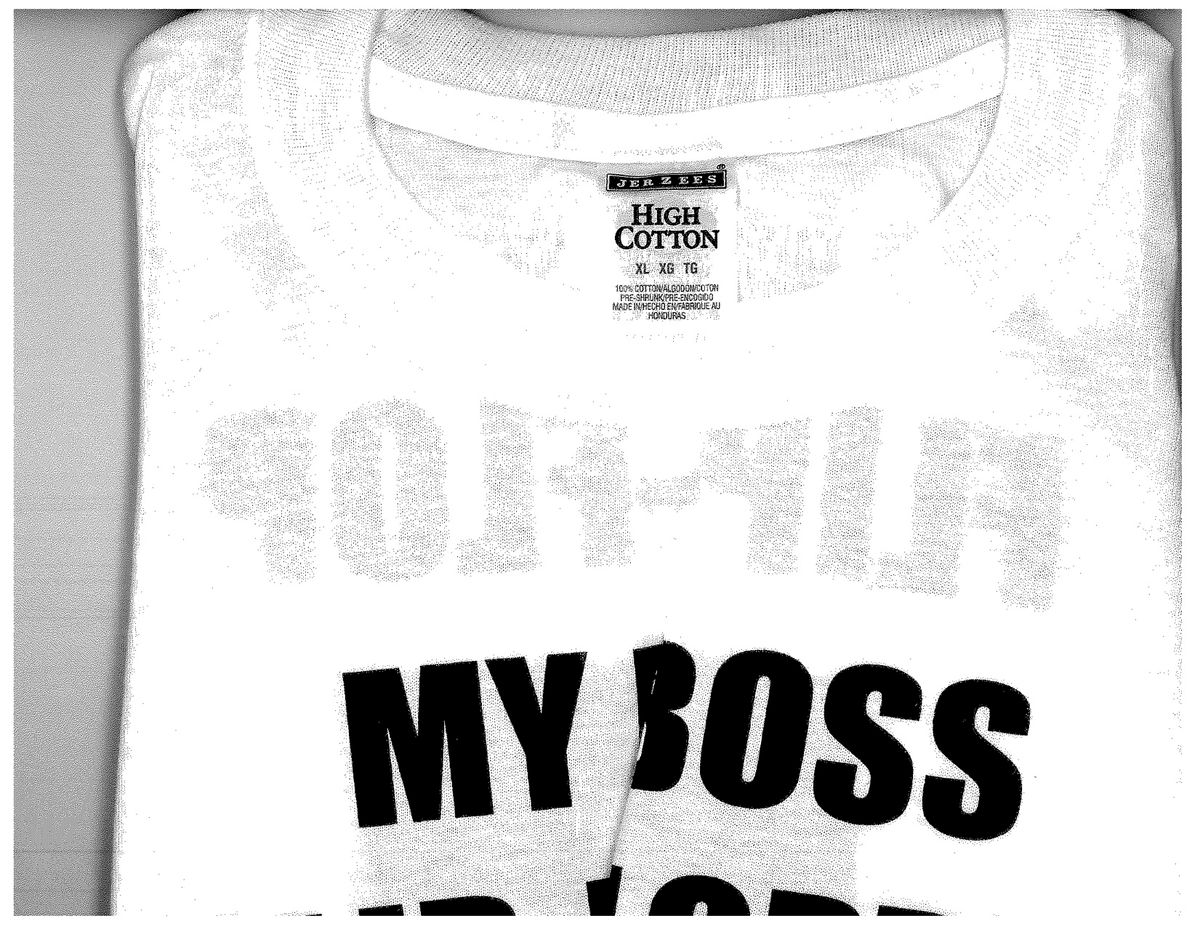 "Made in/Hecho en/Fabrique en Honduras," proclaims a t-shirt Republicans sent Democratic staffers who work for lawmakers who flipped from opposing to supporting the healthcare reform law
--

Political battles have gotten so intense this election year that they're spilling over from the usual press releases and TV ads into the realm of the sartorial.

First, the Democratic National Committee started selling a shirt commemorating Vice President Biden's particular take on passage of the healthcare reform law. "Healthcare Reform is a BFD," the shirts proclaimed, in the same typeface that President Obama's campaign used in 2008.

So on Monday, Republicans sent out a shirt of their own -- delivering them to staffers who work for potentially vulnerable House Democrats who flipped from voting against the healthcare bill last fall to supporting it last month. "My boss flip-flopped for Obamacare and all I got was this lousy t-shirt," the shirts said. The National Republican Congressional Committee sent them to aides working for Reps. Betsy Markey, D-Colo., John Boccieri, D-Ohio, Scott Murphy, D-N.Y., Allen Boyd, D-Fla., and Suzanne Kosmas, D-Fla.

But unlike the DNC  shirts -- which proudly proclaim they were made in the U.S.A. by union workers -- the shirts the GOP used for their little stunt Monday were an import. "Made in/Hecho en/Fabrique en Honduras," the label reads.

Smirking, Democrats sent Salon a photo of the shirt. (The NRCC didn't immediately respond to a request for comment on the latest twist in the t-shirt battles.)

"Looks like Michael Steele isn't just making wasteful spending decisions for the RNC but the entire Republican Party," Democratic Congressional Campaign Committee spokesman Ryan Rudominer said. "While these petty t-shirts may be a hit with the health insurance industry that paid for them and workers in Honduras who made them, this is just one more sign House Republicans are plotting to repeal health insurance reform, cancelling tax credits for small businesses and once again making being a woman a preexisting condition."