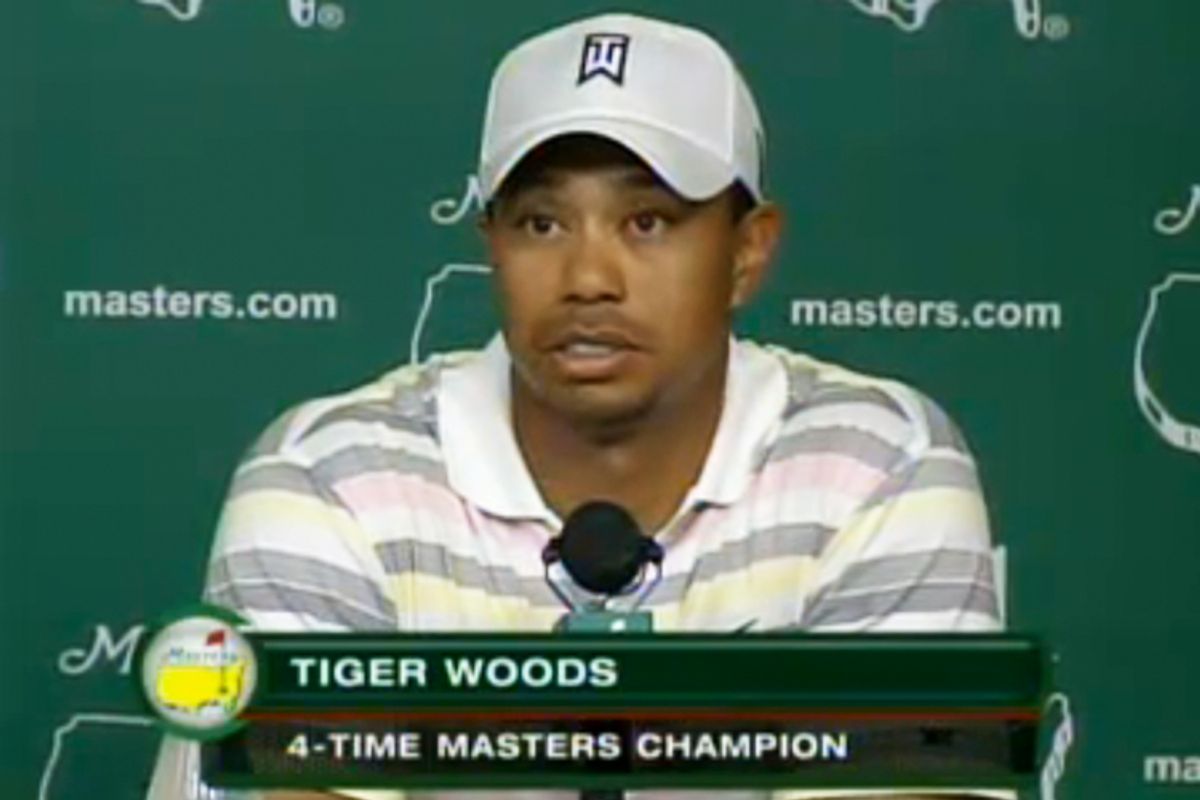 If this Tiger Woods "scandal" hasn't reduced our media to a bunch of jumping, hooting, pointing chimps, it's only because the cable news circus was like that before Tiger's ritualistic sex-shaming. What was shocking Monday wasn't the blaring postgame coverage of Tiger's presser. It was how CNN sank lower than Fox News.

And I was prepared to laugh at Fox's Megyn Kelly shouting sweet nothings at Brian Kilmeade (hard not to guffaw when Kelly yells, "I want to choke you and hold you down!"). But overall, the conversation was staid, short and almost intelligent. I even appreciated it when a Fox analyst made a somewhat deviant observation: "CBS is happy, CBS is going to make a boatload of money on this."

CNN? It was a parade of bleating, shunning and faux-naiveté ("How did Tiger manage to win all these tournaments and manage to compartmentalize this part of his life?!"). Eamon Lynch of Golf.com gravely intoned that these awful consensual sex acts would follow Woods for his career's duration. "Winning is not going to resolve this," said Lynch, who perhaps should transition to being editor of whinypuritanfakeoutrage.com.

Some bowtie-adorned coot said, "If he walked away from the game today, this would be his legacy." Really? Have we as a nation been reduced to such Evangelical putty that the world's best golfer can get stuck with "mistresses!" as his legacy? I doubt it, but CNN blathered on in an effort to change my mind. For all I know, they're still yapping about Tiger Penis as my fingers hit these keys.

CNN, I want to choke you and hold you down. But mostly, I want you to deliver more intelligent, adult coverage -- even of fatuous pop cultural events like this one. And yes, commenters, I'm trolling in the same gutter, bear with it please.

But don't take it from me, CNN. Take it from your increasingly awful ratings. Tiger's not the only one in need of an altered image.