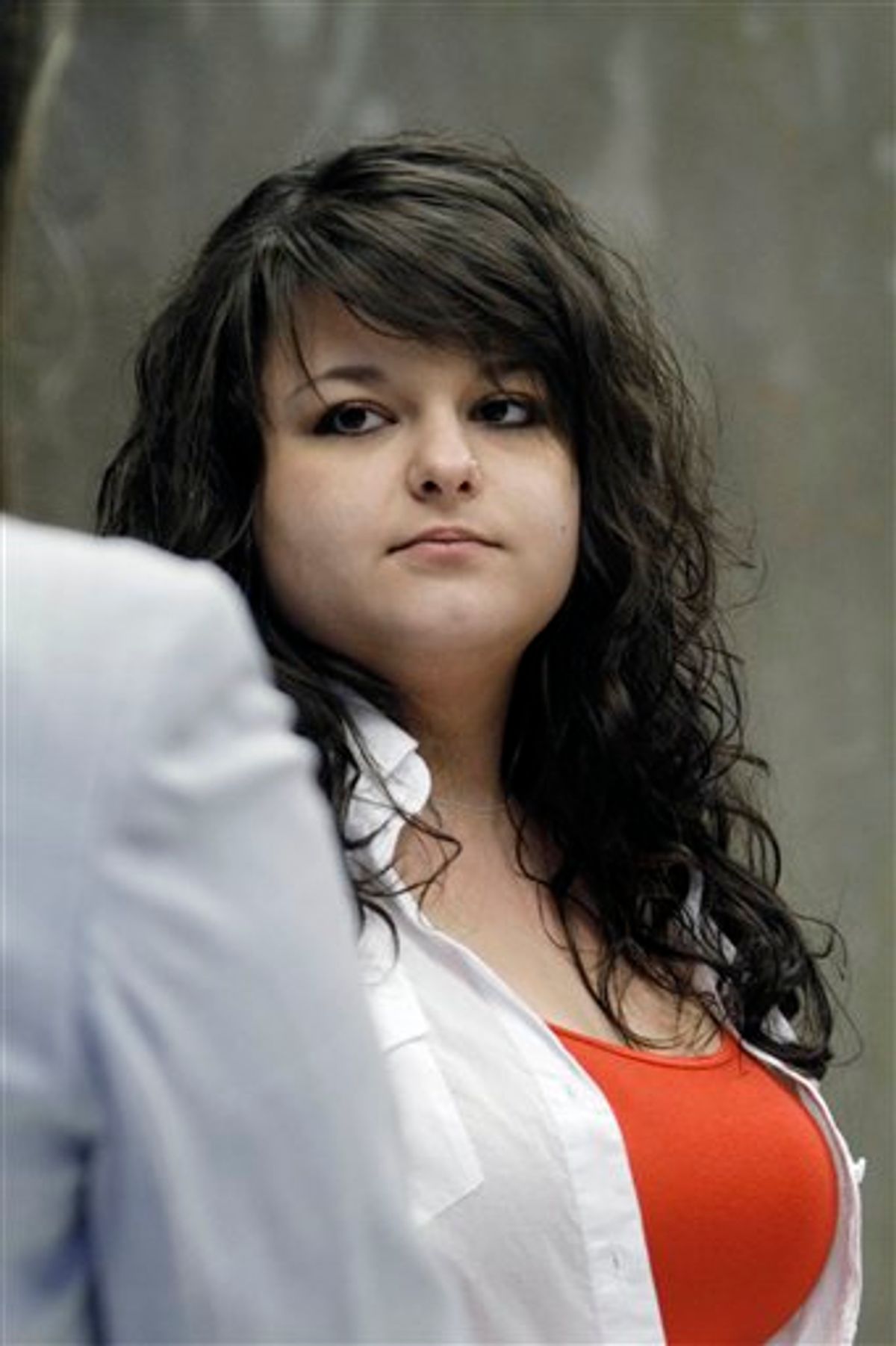 Constance McMillen, an 18-year-old senior at Itawamba County Agricultural High School, speaks to one of her legal team in the federal courthouse in Aberdeen, Miss., Monday, March 22, 2010, for a hearing regarding the ACLU's preliminary injunction to force the prom at her high school. McMillen was told by school authorities that she could not wear a tux or bring a same sex date to the prom on April 2. (AP Photo/Rogelio V. Solis) (AP)
--

Constance McMillen just wanted what teenage girls have dreamed about since time immemorial -- to go to the prom with the person she's dating. In McMillen's case, that person happens to be another girl. But the possibility of some same-sex jamming to "I Gotta Feeling" didn't sit too well with the folks at Mississippi's Itawamba Agricultural High School. Reasoning that no prom was better than a prom with lesbians, they abruptly canceled the whole affair last month. Cue media frenzy, ACLU lawsuit, Facebook uproar.

After an embarrassing glare of attention on Itawamba, it seemed a happy ending was in sight. Last Tuesday, the school agreed to host an off-campus prom and told Constance she could, per her stated intention, bring her date and wear a tux. On Friday night, McMillen and her girlfriend showed up at the Fulton Country Club ready to party. There, she says, she found just seven other revelers, including two learning disabled students.

Worse, she claims that her classmates were off doing the Macarena at an alternate event, arranged with the aid and consent of the parents and staff of her school. Speaking to the Advocate this week, McMillen said, "They had two proms and I was only invited to one of them ... everyone went to the other one I wasn't invited to."

God knows it's no great stretch to give teens and adults credit for being ignorant douchebags, but seriously? They threw a whole other prom? What is this, an episode of "Glee"?

Indeed, Gawker reported yesterday that they had dug up a Facebook page for one of McMillen's classmates, and lo! There were pix galore of a well-attended, corsage-riddled weekend dance event. (Even more have been neatly compiled on BruceKatz23's Flickr stream.) Unlike that legendary slumber party your best friend threw when she told you she was home alone with the mumps, however, the alternate dance wasn't a total top secret. McMillen says that she knew about the other event, but, "If I wasn't wanted there, I wasn't going to go."

The elaborate lengths to which people will apparently go to avoid a girl in a tux are dispiriting at best, and McMillen's victory may seem to have the word "Pyrrhic" stamped all over it. But in the end, she may well have had a better prom than many of us ever did. (Non-discrimination is a right, but having crappy experiences in high school is pretty much an inevitability.) McMillen told the Advocate that the special ed kids "had the time of their lives ... That's the one good thing that came out of this, [these kids] didn't have to worry about people making fun of them."

It may have been far from perfect, but unlike the blowout across town, that little shindig at Fulton Country Club was everything that I hope for for my own daughters, on their prom nights and their wedding days and all their lives. Because none of those other people matter. On Friday night, Connie McMillen got to walk through that door on the arm of the person she wanted to dance with.