The academics behind the progressivism-as-fascism meme 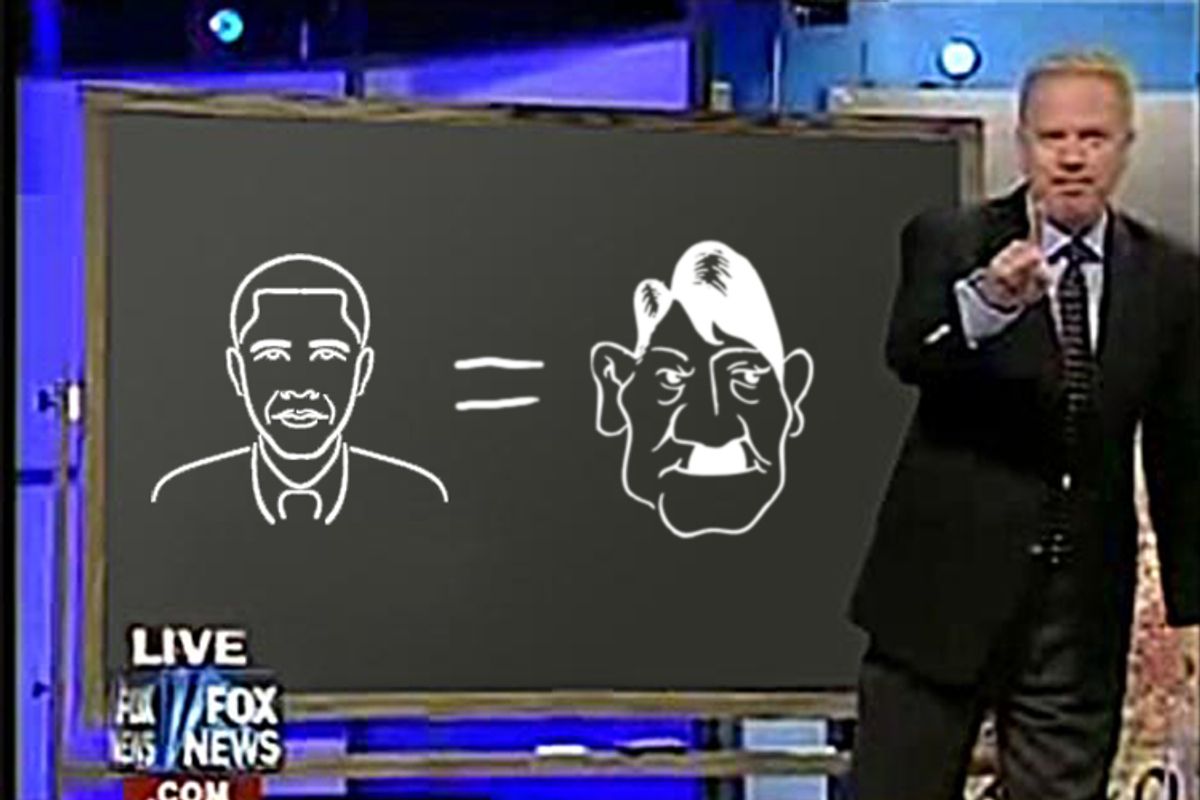 "Madmen in authority, who hear voices in the air, are distilling their frenzy from some academic scribbler of a few years back," John Maynard Keynes observed in 1936. And not only madmen in authority; lightweights in mass media, too.

Behind Glenn Beck's televised crusade against progressivism and Jonah Goldberg's bestselling tract "Liberal Fascism" is more than the usual attempt to smear political opponents by shouting, "So you agree with Hitler!" Beck and Goldberg are peddling dumbed-down versions of the history of the American center-left that originated with serious scholars on the American right. As Beck says of his frequent guest professor R.J. Pestritto's book "Woodrow Wilson and American Progressivism, "That book will make your head hurt but you will read things that you'd never knew [sic] in history."

So much nonsense has been written about the influence of the German-American political theorist Leo Strauss on the American right that one hesitates even to raise the subject. But the origins of the "progressivism-is-fascism" meme are to be found in the work of scholars influenced by Strauss, including Harry Jaffa, Pestritto, Thomas G. West and Charles Kesler. They are associated with a few conservative liberal arts colleges: Hillsdale College, Claremont McKenna College and the University of Dallas.

In their version of Straussianism, the American Founders established universal human rights as the only legitimate foundation for government. The enemies of natural rights liberalism are historicists and relativists who argue that there are no absolute values and that good and evil vary in different times and places. In the 19th century, Abraham Lincoln defended the idea of universal values against historicist, relativist Southern slaveowners who dismissed the Declaration of Independence because it claimed "all men are created equal." In the 20th century, neoconservative hero Winston Churchill defended universal values against Nazi amoralism.

In the early 1900s, Woodrow Wilson and many members of the progressive movement, influenced by the German scholarship of the time, dismissed Enlightenment notions of natural rights, arguing that government was the product of historical evolution, not Lockean social contracts. Many progressives also disliked the checks and balances of America's 18th century Constitution and argued that a benign, technocratic administrative elite should be empowered to carry out economic planning and social engineering, including eugenics (a horrible fad that attracted many Fabian socialists, communists, feminists and conventional conservatives as well as fascists, before Nazi Germany discredited the idea).

The Straussian conservatives are correct when they point out that many progressive intellectuals like Wilson rejected the 18th century ideas of natural rights and checks and balances as outmoded. The problem arises when these scholars, and their popularizers like Beck and Goldberg, treat all American liberalism and leftism from World War I until the 21st century as the continuation of early 20th century progressivism, the better to denounce today's liberalism as "historicist" and "relativist" and lump it with the Confederate and Nazi ideology. This ignores the profound differences between the Progressive movement and subsequent movements on the American center-left.

New Deal liberalism broke with progressivism in many if not most respects. Progressives wanted technocratic economic planning. By the 1940s, New Dealers dropped planning for Keynesianism. Most progressives were nativists who supported immigration restriction on ethnic or cultural grounds. New Deal liberals celebrated the melting pot and liberalized American immigration laws in the 1960s.

For Straussian scholars and popularizers like Beck and Goldberg to denounce modern progressives because long-forgotten WASP political scientists in the early 1900s favored eugenics or economic planning is absurd. It is as though today's liberals denounced today's conservatives on the grounds that in the late 19th century the McKinley Republicans favored excessively high tariffs.

The claim that modern American liberalism rejects the founding tradition of universal natural rights is particularly preposterous. What, if not the idea of universal, inalienable human rights, has been the basis of center-left campaigns for feminism, gay rights, reproductive choice, civil liberties and international human rights?

None of these movements has appealed to historical traditions or moral or cultural relativism. The historicists and relativists are to be found on the right, where, for example, same-sex marriage is denounced because it goes against "six thousand years" of tradition (historicism) or because it represents the imposition of the values of a liberal subculture on conservative subcultures with different values (cultural relativism).

But if conservatives were interested in consistency or historical accuracy, Jonah Goldberg would have titled his book "Liberal Historicism and Relativism" instead of "Liberal Fascism" and his net worth would be much lower.

The Straussian-inspired denunciation of progressives as amoral historicists and relativists who have more in common with Jefferson Davis and Adolf Hitler than with Abraham Lincoln and Winston Churchill is simply the latest in a series of smear campaigns against the center-left launched by American conservatives with the help of the highbrow right. From generation to generation, the details of American conservative historical mythmaking change, but the underlying pattern remains the same.

Once upon a time, we are supposed to believe, there was a golden age in which everyone shared orthodox conservative beliefs. Then a wicked intellectual introduced heretical ideas, and the world went to hell in a handbasket.

For the conservative thinker Richard Weaver in "Ideas Have Consequences" (1948), the decline of Western civilization began with the triumph of William of Occam and the nominalist school of Catholic theology in the 14th century. For Irving Babbitt, who influenced T.S. Eliot and Russell Kirk, world history's greatest villain was Jean-Jacques Rousseau, who spawned romanticism, which is responsible for all of the ills of the modern world.

Today's Straussian conservatives attribute the Fall to the influence of German Hegelianism on early 20th century American progressive intellectuals. The narrative of the expulsion from Eden is always the same, no matter when it is supposed to have occurred or what thinker is assigned the role of the snake.

All of these conservative interpretations of history share one thing in common: They ignore any material factors -- industrial revolutions, population growth, urbanization, geopolitics -- and treat American and world history as a Manichaean struggle of abstract philosophies.

But most political debates are not about the "first principles" beloved by the Lincoln-and-Churchill school of Straussianism. They are about practical subjects: how to provide healthcare, what kind of infrastructure we need. The Democratic healthcare plan can be criticized, but not because it is Hegelian state-worship that betrays the principles of the Declaration of Independence. There is nothing relativist or historicist about the hydropower dams of the New Dealers like Roosevelt and Johnson.

One can learn from reading Leo Strauss, a thinker far more subtle and interesting than his disciples. It is a pity that the epigones of Strauss lend their scholarly credentials to the oldest trick of right-wing populist demagogues: denouncing liberals as amoral, state-worshiping libertines.