The Arizona Republican will stump in California for his longtime pal. But they weren't always so close politically 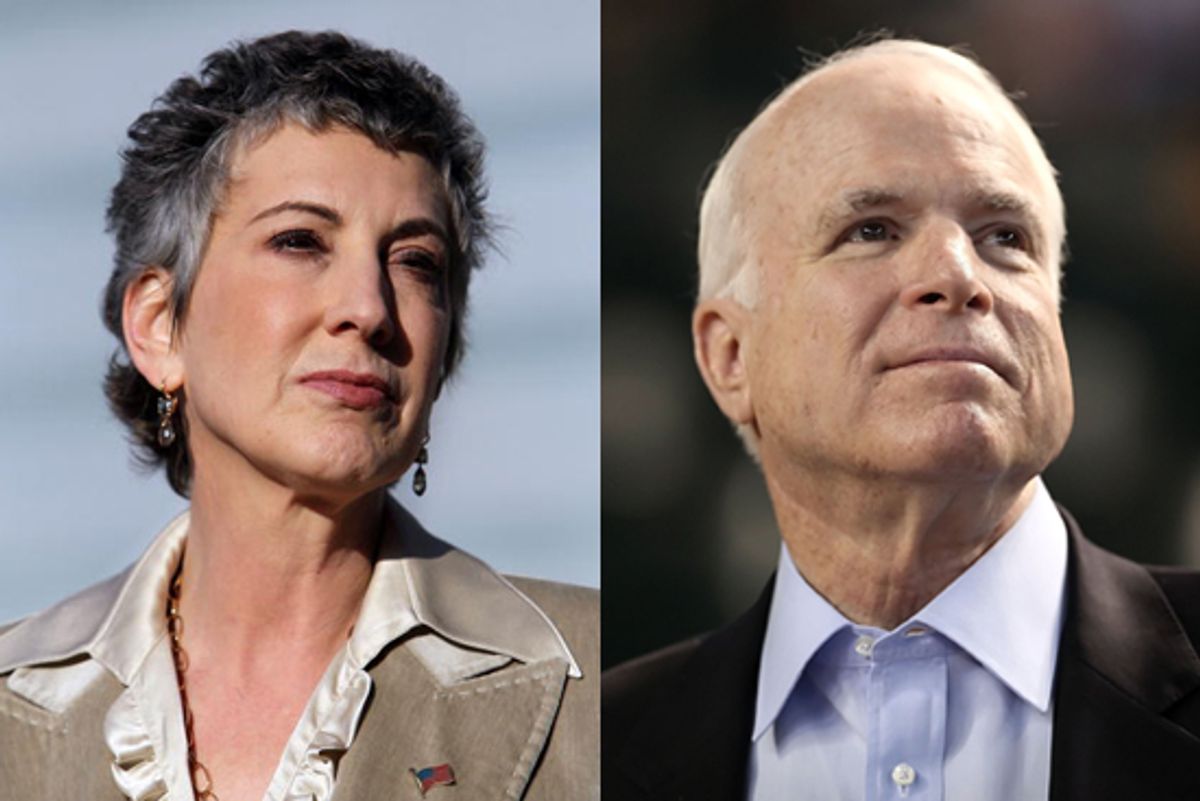 Sen. John McCain will campaign in California Tuesday with an old pal from the 2008 presidential days, HP executive-turned-GOP politician Carly Fiorina, who's trying to win the Republican nomination for Senate. They'll appear together at a town hall on the economy and then do some fundraisers.

But there was a time during the 2008 campaign that McCain stopped being so chummy with Fiorina. In July of that year, Fiorina told reporters she thought it was unfair that insurance companies pay for Viagra but not birth control pills -- which wasn't exactly what McCain thought about the issue, and prompted this uncomfortable exchange:

(Of course, she also said it was a fallacy that running the country was like running a business, which does raise some questions about the rationale for her own candidacy this year.) That line prompted one McCain advisor to tell CNN, "Carly will now disappear."

Apparently, though, those hard feelings are behind them. Still, McCain won't be in California long, since he has his own GOP primary to worry about back home in Arizona.