N.Y. Times, Washington Post both report that the president has taken a step beyond where even George Bush would go 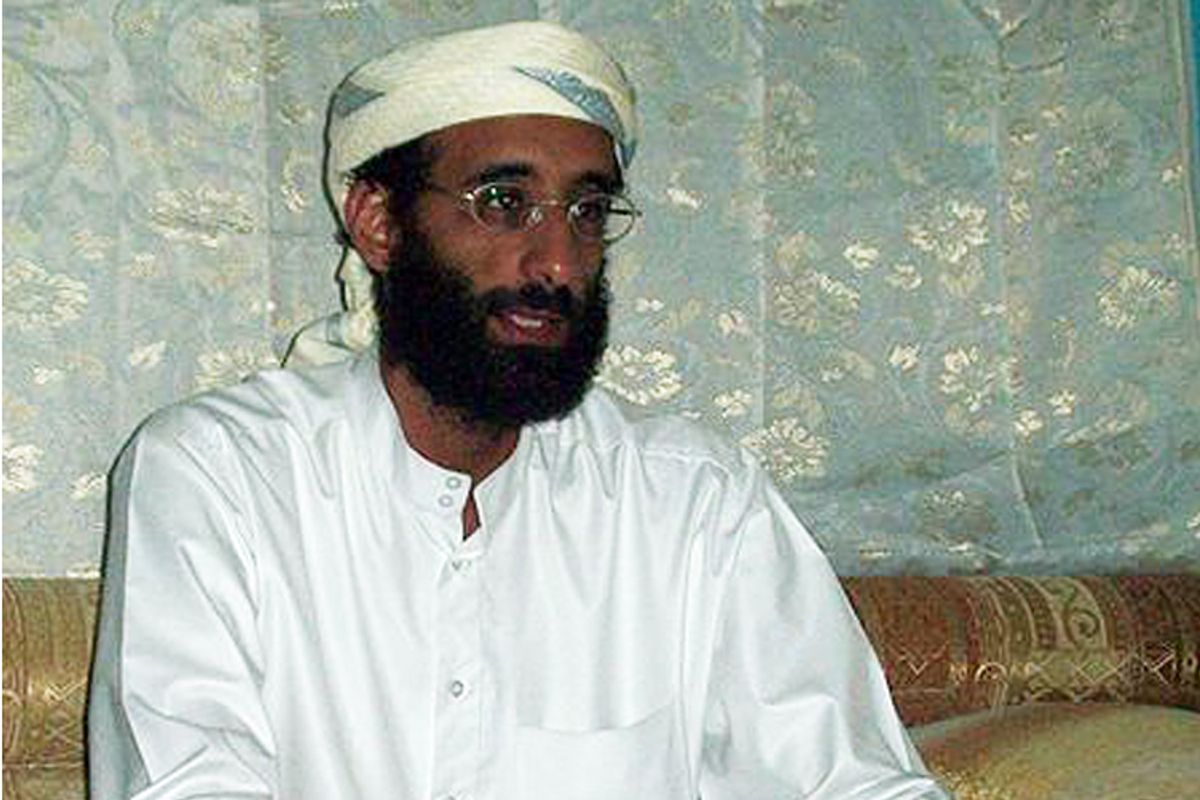 In late January, I wrote about the Obama administration's "presidential assassination program," whereby American citizens are targeted for killings far away from any battlefield, based exclusively on unchecked accusations by the Executive Branch that they're involved in Terrorism.  At the time, The Washington Post's Dana Priest had noted deep in a long article that Obama had continued Bush's policy (which Bush never actually implemented) of having the Joint Chiefs of Staff compile "hit lists" of Americans, and Priest suggested that the American-born Islamic cleric Anwar al-Awlaki was on that list.  The following week, Obama's Director of National Intelligence, Adm. Dennis Blair, acknowledged in Congressional testimony that the administration reserves the "right" to carry out such assassinations.

Today, both The New York Times and The Washington Post confirm that the Obama White House has now expressly authorized the CIA to kill al-Alwaki no matter where he is found, no matter his distance from a battlefield.  I wrote at length about the extreme dangers and lawlessness of allowing the Executive Branch the power to murder U.S. citizens far away from a battlefield (i.e., while they're sleeping, at home, with their children, etc.) and with no due process of any kind.  I won't repeat those arguments -- they're here and here -- but I do want to highlight how unbelievably Orwellian and tyrannical this is in light of these new articles today.

Just consider how the NYT reports on Obama's assassination order and how it is justified:

The Obama administration has taken the extraordinary step of authorizing the targeted killing of an American citizen, the radical Muslim cleric Anwar al-Awlaki, who is believed to have shifted from encouraging attacks on the United States to directly participating in them, intelligence and counterterrorism officials said Tuesday. . . .

American counterterrorism officials say Mr. Awlaki is an operative of Al Qaeda in the Arabian Peninsula, the affiliate of the terror network in Yemen and Saudi Arabia. They say they believe that he has become a recruiter for the terrorist network, feeding prospects into plots aimed at the United States and at Americans abroad, the officials said.

"The danger Awlaki poses to this country is no longer confined to words," said an American official, who like other current and former officials interviewed for this article spoke of the classified counterterrorism measures on the condition of anonymity. "He’s gotten involved in plots."

No due process is accorded.  No charges or trials are necessary.  No evidence is offered, nor any opportunity for him to deny these accusations (which he has done vehemently through his family).  None of that.

Instead, in Barack Obama's America, the way guilt is determined for American citizens -- and a death penalty imposed -- is that the President, like the King he thinks he is, secretly decrees someone's guilt as a Terrorist.  He then dispatches his aides to run to America's newspapers -- cowardly hiding behind the shield of anonymity which they're granted -- to proclaim that the Guilty One shall be killed on sight because the Leader has decreed him to be a Terrorist.  It is simply asserted that Awlaki has converted from a cleric who expresses anti-American views and advocates attacks on American military targets (advocacy which happens to be Constitutionally protected) to Actual Terrorist "involved in plots."  These newspapers then print this Executive Verdict with no questioning, no opposition, no investigation, no refutation as to its truth.  And the punishment is thus decreed:  this American citizen will now be murdered by the CIA because Barack Obama has ordered that it be done.  What kind of person could possibly justify this or think that this is a legitimate government power?

Just to get a sense for how extreme this behavior is, consider -- as the NYT reported -- that not even George Bush targeted American citizens for this type of extra-judicial killing (though a 2002 drone attack in Yemen did result in the death of an American citizen).  Even more strikingly, Antonin Scalia, in the 2004 case of Hamdi v. Rumsfeld, wrote an Opinion (joined by Justice Stevens) arguing that it was unconstitutional for the U.S. Government merely to imprison (let alone kill) American citizens as "enemy combatants"; instead, they argued, the Constitution required that Americans be charged with crimes (such as treason) and be given a trial before being punished.  The full Hamdi Court held that at least some due process was required before Americans could be imprisoned as "enemy combatants."  Yet now, Barack Obama is claiming the right not merely to imprison, but to assassinate far from any battlefield, American citizens with no due process of any kind.  Even GOP Congressman Pete Hoekstra, when questioning Adm. Blair, recognized the severe dangers raised by this asserted power.

And what about all the progressives who screamed for years about the Bush administration's tyrannical treatment of Jose Padilla?  Bush merely imprisoned Padilla for years without a trial.  If that's a vicious, tyrannical assault on the Constitution -- and it was -- what should they be saying about the Nobel Peace Prize winner's assassination of American citizens without any due process?

All of this underscores the principal point made in this excellent new article by Eli Lake, who compellingly and comprehensively documents what readers here well know:  that while Obama's "speeches and some of his administration’s policy rollouts have emphasized a break from the Bush era," the reality is that the administration has retained and, in some cases, built upon the core Bush/Cheney approach to civil liberties and Terrorism.  As Al Gore asked in his superb 2006 speech protesting Bush's "War on the Constitution":

Can it be true that any president really has such powers under our Constitution?

If the answer is yes, then under the theory by which these acts are committed, are there any acts that can on their face be prohibited?

Notice the power that was missing from Gore's indictment of Bush radicalism:  the power to kill American citizens.  Add that to the litany -- as Obama has now done -- and consider how much more compelling Gore's accusatory questions become.

UPDATE:  When Obama was seeking the Democratic nomination, the Constitutional Law Scholar answered a questionnaire about executive power distributed by The Boston Globe's Charlie Savage, and this was one of his answers:

5. Does the Constitution permit a president to detain US citizens without charges as unlawful enemy combatants?

[Obama]:  No. I reject the Bush Administration's claim that the President has plenary authority under the Constitution to detain U.S. citizens without charges as unlawful enemy combatants.

UPDATE II:  If you're going to go into the comment section -- or anywhere else -- and argue that this is all justified because Awlaki is an Evil, Violent, Murdering Terrorist Trying to Kill Americans, you should say how you know that.  Generally, guilt is determined by having a trial where the evidence is presented and the accused has an opportunity to defend himself -- not by putting blind authoritarian faith in the unchecked accusations of government leaders, even if it happens to be Barack Obama.  That's especially true given how many times accusations of Terrorism by the U.S. Government have proven to be false.

UPDATE III:  Congratulations, Barack Obama:  you're now to the Right of National Review on issues of executive power and due process, as Kevin Williamson objects:  "Surely there has to be some operational constraint on the executive when it comes to the killing of U.S. citizens. . . . Odious as Awlaki is, this seems to me to be setting an awful and reckless precedent. "  But Andy McCarthy -- who is about the most crazed Far Right extremist on such matters as it gets, literally -- is as pleased as can be with what Obama is doing (or, as Gawker puts it, "Obama Does Something Bloodthirsty Enough to Please the Psychos").