Voters want to cut spending, but only if we keep it vague

Sure, the public thinks the budget's too big, but nobody wants us to cut any of its line items 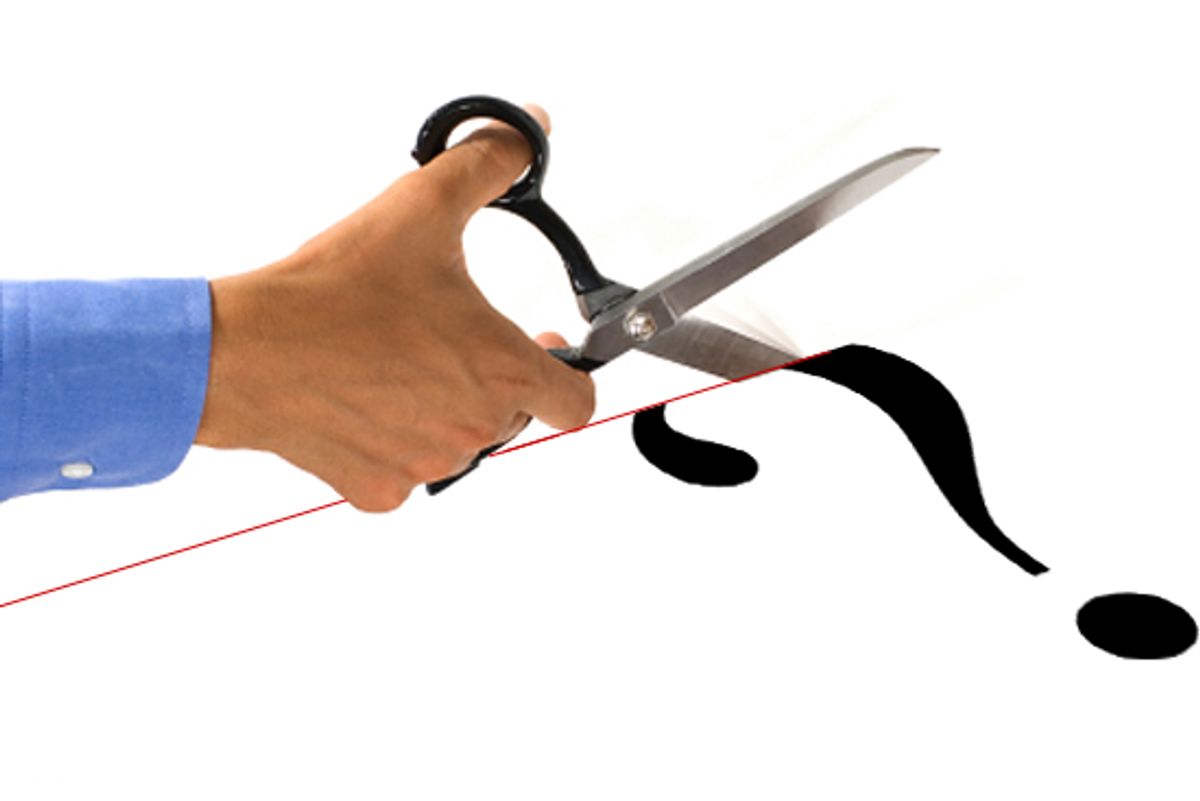 Over at Mother Jones, Kevin Drum yesterday ran a Chart of the Day from the Economist, which polled and found (again) just how little Americans want to cut spending on specific items, notwithstanding an abstract preference for cutting spending in general.  And no such story is complete without ridiculing the usual finding that the one thing that Americans are closest to approving cuts in is foreign aid, which of course takes up only a tiny portion of the budget.  Hey, I do the same thing!  And Drum's version is just fine.

Just to pile on a bit, however: It's even worse!  Not just because it turns out that the ideal point people pick for foreign aid turns out to be (if I remember correctly) something like 3 percent of the budget, which is far higher than the U.S. actually spends. But because if you break the category down, the same thing happens: The overall category (foreign aid) is unpopular, but the specifics are generally popular.  By far the biggest item is Israel, and Americans most love Israel, and think that the U.S. should send them aid (the only poll I could find -- bottom of the page -- on this showed about half of respondents approved of current levels of military and economic aid, with a somewhat larger minority approving of cuts than the minority supporting increased levels).  I do suspect that voters probably would support cuts in aid to Egypt and Jordan, but the big increase in foreign aid in recent years is for fighting HIV in Africa, and (while I don't have any numbers on it) I'm confident that voters are all for that spending.

I think the same is true in other categories, as well. "Defense spending" is relatively less popular, but at least when I've asked students about it the only subcategory that wasn't popular was new high-tech weapons, and that's been fairly mixed.

Of course, a lot of this is incredibly soft, and so the results can be easily manipulated by changing question wording.  What's more, when public opinion is inconsistent like this both sides are going to say that the public "really" supports them, but in fact what's probably more accurate is to say that the public just doesn't have rational opinions about a lot of things.  At any rate, anyone looking for logical consistency from voters on budget items is going to be very disappointed.