Would Hillary have been more conservative than Obama?

Some Republicans seem to think Clinton would've been more congenial than Obama, but it's not so obvious 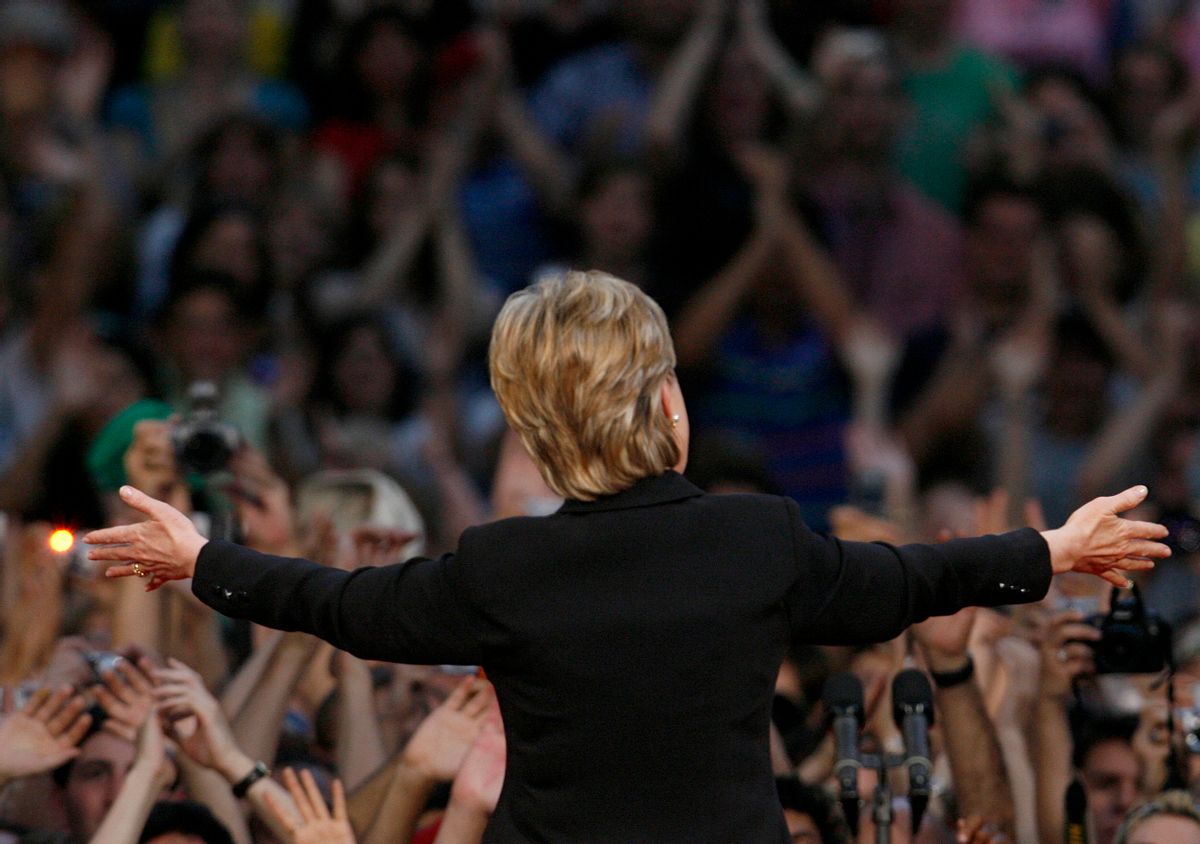 US Democratic presidential candidate Senator Hillary Clinton (D-NY) speaks to supporters at the National Building Museum in Washington June 7, 2008. Clinton endorsed presumptive Democratic presidential nominee Senator Barack Obama (D-IL) to be the Democratic U.S. presidential candidate on Saturday and suspended her own White House bid less than a week after the Illinois senator secured enough support to win the nomination. Clinton's endorsement of Obama in a speech at the National Building Museum marked the beginning of efforts to reunite the Democratic Party after a long and divisive campaign battle that ended on Tuesday when Obama won the support of enough delegates to clinch the nomination. REUTERS/Jim Bourg (UNITED STATES) US PRESIDENTIAL ELECTION CAMPAIGN 2008 (USA) (Â© Jim Bourg / Reuters)
--

John Sides discusses an argument by Bruce Bartlett that it made sense for conservatives to support Hillary Clinton in 2008, based on the following reasoning:

I also had the impression that support for Hillary Clinton from conservative Republicans in 2008 was coming from three factors:

1. A feeling that Hillary Clinton was a polarizing and unpopular figure and thus would be a weaker candidate for the Democrats in the general election.

2. A desire to fan the flames of the contentious Democratic primary. Since Clinton was behind in the race, supporting her would keep the battle going.

3. Once it was clear that Barack Obama was probably going to become the Democratic nominee (and, ultimately, president), it is natural for Obama opponents to put him down by saying nice things about his opposition (Hillary Clinton, in this case).

I don't buy it. I’m pretty sure that, had Hillary Clinton won the nomination and Obama lost, we would’ve heard a lot from conservatives about how the Democrats chose the old-fashioned New Deal-style liberal instead of the modern consensus-builder. I say this not as a slam on Republicans or conservatives -- it’s just natural partisanship.

Coulter, for example, said on Feb. 1, 2008, that she would campaign for Hillary Clinton if she were running against McCain. I don’t believe this for one minute. This seems much more like positioning to me, consistent with items 1, 2, and 3 above. Similarly, Bill Kristol on April 28,  2008, wrote, "We also see the liberal media failing to give Hillary Clinton the respect she deserves," and went on about her ability as a candidate. This doesn't sound like an endorsement of her conservatism; it sounds much more like a desire for the primary election battle to continue.

Another data point from Bartlett:

A Fox News/Opinion Dynamics poll last October asked people if Hillary had won the election would she be doing a better or worse job than Obama. Among Republicans, 34% said [Hillary would be better], while only 22% of Democrats did.

In this poll, 34 percent of Republicans thought Hillary would be doing a better job than Barack, 29 percent thought worse, 20 percent thought same, and 23 percent said they didn’t know. (The last is what my response would be, incidentally.) I think these survey results reflect anti-Obama feeling more than anything else, though. Again, I'd bet that if Hillary Clinton were president, similar numbers of Republicans would be saying that Obama would be doing a better job.

I'm not questioning Bartlett’s sincerity here, just suggesting that his view of Hillary Clinton as being (relatively) conservative might not be so much of a consensus as he might think.

Andrew Gelman is a professor of statistics and political science and director of the Applied Statistics Center at Columbia University.