The night I ditched my gay prom date

Will the Mississippi teens who shut out a lesbian from their "night to remember" regret bending to bigotry? I do 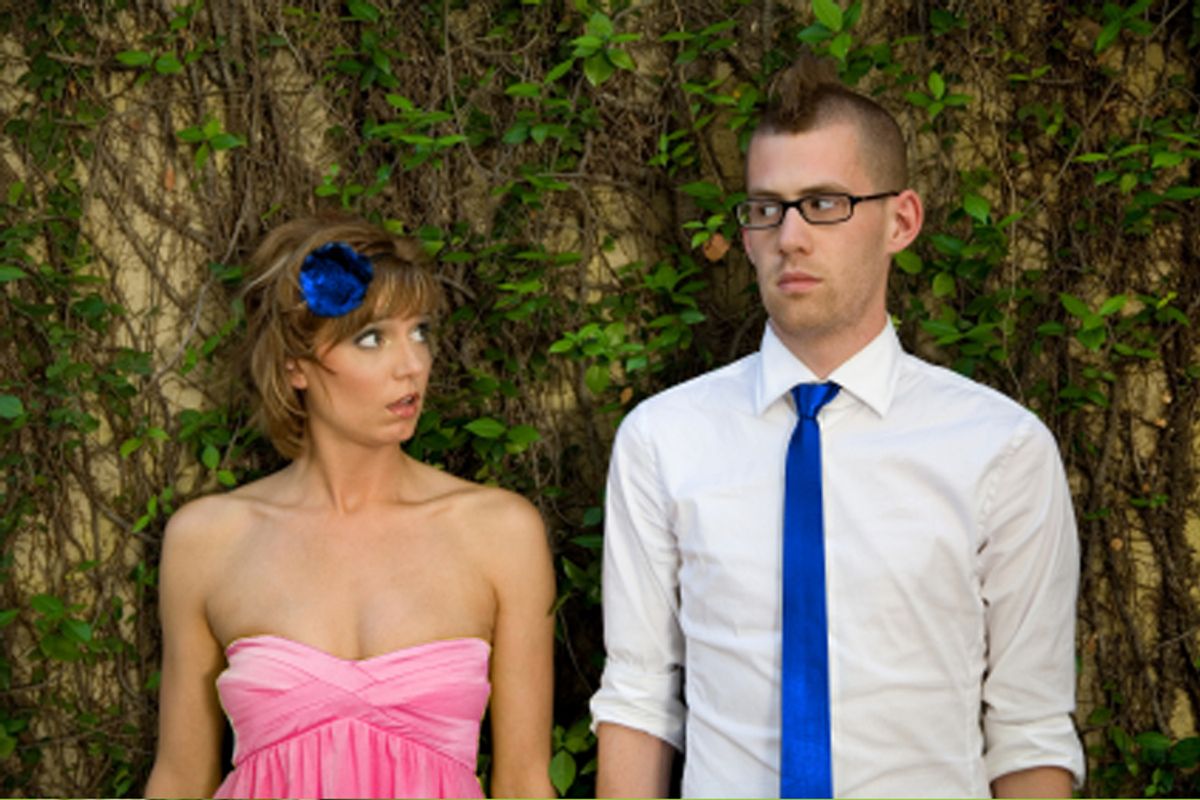 The story of Constance McMillen's prom fiasco has been headline bait for weeks. The story is so absurd in so many ways, the mind reels. A lesbian isn't allowed to prom? Then the school throws a fake prom instead? It's like a bad episode of "Saved by the Bell." But while everyone rages about the Mississippi school -- how could they do such a thing? what were they thinking? -- all I can think about is those kids who went to the prom without her. I wonder if they'll regret their decision to celebrate their "night to remember" while shutting out a friend. I know I do.

My own prom date was a hilarious guy named Troy. He was tall, had half his head shaved, and loved punk rock. This was unusual enough for our sleepy Midwestern town, but on top of that, he was also the only openly gay student in our Catholic high school. Looking back, I'm astounded by the courage this must have taken; our school was far from progressive. We had a herd of farm boy football players who roamed the halls, and in between spitting into their Styrofoam dip cups, they liked to shout "faggot" at Troy and anyone else who didn’t meet their approval.

Troy and I went to prom as friends. My boyfriend was at college that year, but I wanted to go anyway. I mean, this was small-town USA and come on: Prom's a big deal. So I put on my Pepto-Bismol pink dress and Troy pulled his curly hair back in a ponytail. We ate at a "fancy" place, we went to the convention center and nervously danced to Bell Biv DeVoe and Nirvana. And then came the after parties. Word got back to me that if I brought Troy as my date the meathead football players "would kick the shit out of him."

Years of Catholic teachings and after-school specials and John Hughes films had trained me for this very moment, for this very test … and I fucking failed it. Somehow, in my 18-year-old brain, it seemed logical to send Troy to the junior class party by himself (he was a junior, after all) where he could party with his own classmates without fear of being kidney punched. I, however, did not want to miss my own senior class party, because I wanted to have that fabled "last hurrah" with my other classmates.

So, Troy and I went our separate ways. I don’t really remember the party -- aside from the fact that it involved a muddy hill, lots of pot, and that my best friend threw up on her own legs. What I do remember quite clearly is seeing Troy the next morning. As I walked up the driveway to my parents’ house, where we had agreed to meet up for a post-prom brunch, I spotted him through the window. His pink cummerbund was loosened, and he looked tired, and a bit sad, as he chatted with my mom while she flipped bacon. It was only in that moment that I realized the error of my decision, and I felt positively sick.

I had chosen the desire to "belong" over kindness. I had placed my own fantasy idea of a high school "moment" over someone’s actual, real-life feelings. I know, "belonging" and the myth of "glory days" can be pretty powerful stuff when you’re a teenager -- but who am I kidding? I acted like a total jerk, and I’ve never really forgiven myself for my behavior.

I think there are quite a few teenagers in Mississippi who are going to be feeling much the same way someday, if they don't already. The losers in these two stories ultimately aren’t Troy or Constance McMillen, but those sad sacks among us who can’t muster the courage to resist the pull of the crowd. What the truly cool kids know is that it’s always better to dance alone than to sway in time with a roomful of bigots.