The GOP descends on New Orleans 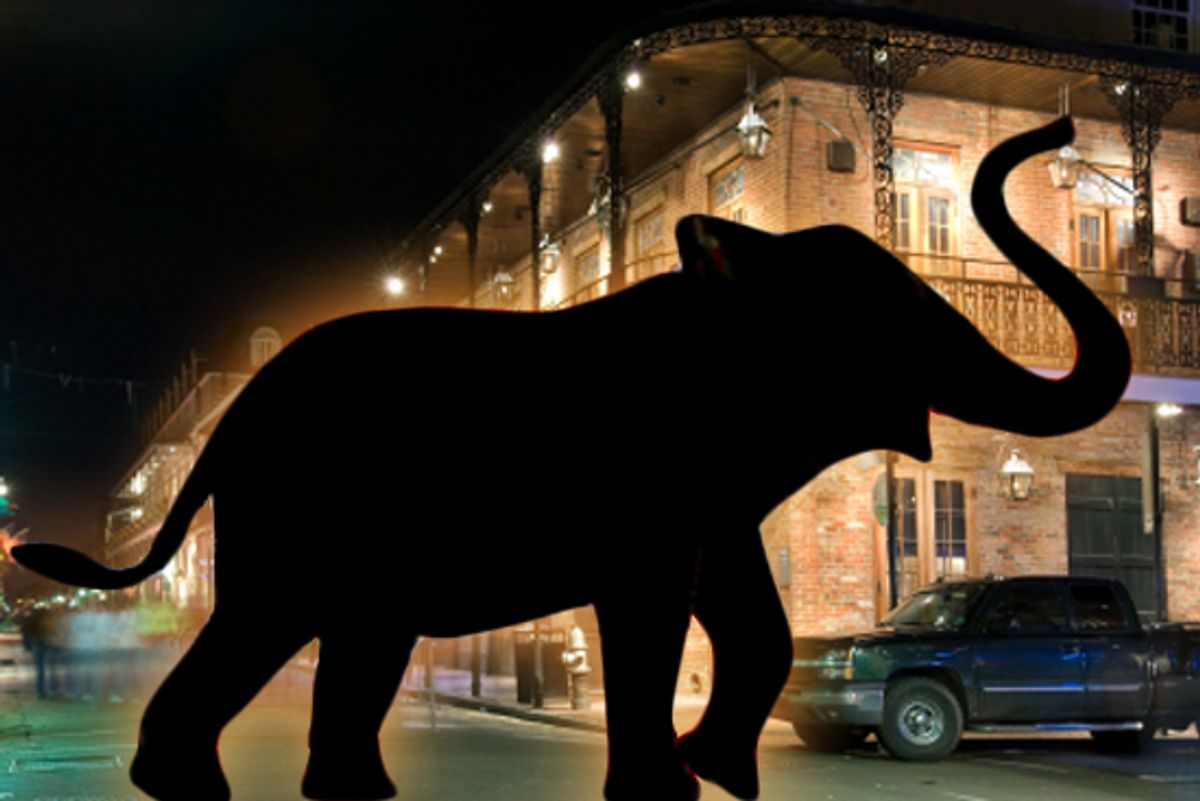 The calendar might say April 2010, and New Orleans might not have that much in common with Des Moines. But in theory, the 2012 Republican primary campaign is slowly getting started here over the next few days, as the Southern Republican Leadership Conference convenes for its quadrennial meeting.

"In theory," because the only two Republicans who actually appear to be doing anything that really resembles running for president -- Mitt Romney and Tim Pawlenty -- won't be here. (Romney is on a book tour; Pawlenty canceled a few weeks ago to attend a ceremony welcoming home Minnesota troops from Iraq, but he'll send a video message. And as it happens, both men will appear at an event together Friday in Minnesota.) The biggest star on the agenda will be Sarah Palin, who could be running, but doesn't seem to be going about it in any kind of organized manner. And a whole host of other potential next presidents of the United States will also hit the stage to try to impress: Newt Gingrich, Rick Santorum, Rick Perry, Bobby Jindal, Haley Barbour. It's early enough in the game that even the ones who've said they won't run could still credibly change their minds.

The last time the SRLC gathered, in Memphis, Tenn., in 2006, the GOP was in a far different place. George W. Bush was just starting to see his popularity slide, in no small part due to the horrifying incompetence the federal government had displayed here in New Orleans in the aftermath of Hurricane Katrina. There was a political wave building -- for Democrats, who would sweep to control of both houses of Congress later that year. And Bill Frist, the conference's native son, won the latest scandals of his term as party chairman. (Fortunately, the strip clubs of Bourbon Street aren't a very long walk away, for any delegates who feel inspired by the Republican National Committee's tab at Voyeur West Hollywood.)

As for the straw poll, Frist's win last time should probably serve as a cautionary tale against reading too much into the results. Some of Romney's allies here are trying to put up a good showing -- a group called Evangelicals for Mitt is pushing the message that he's the "candidate with the economic expertise we need, yet we don’t have to compromise on the social values we hold dear." But the buzz before the convention kicked off was that, like the CPAC straw poll in February, Ron Paul would take it.

Follow Salon's coverage of the SRLC here for the next few days (or on Twitter, which I'll be updating in between longer posts). And laissez les bon temps roulez!