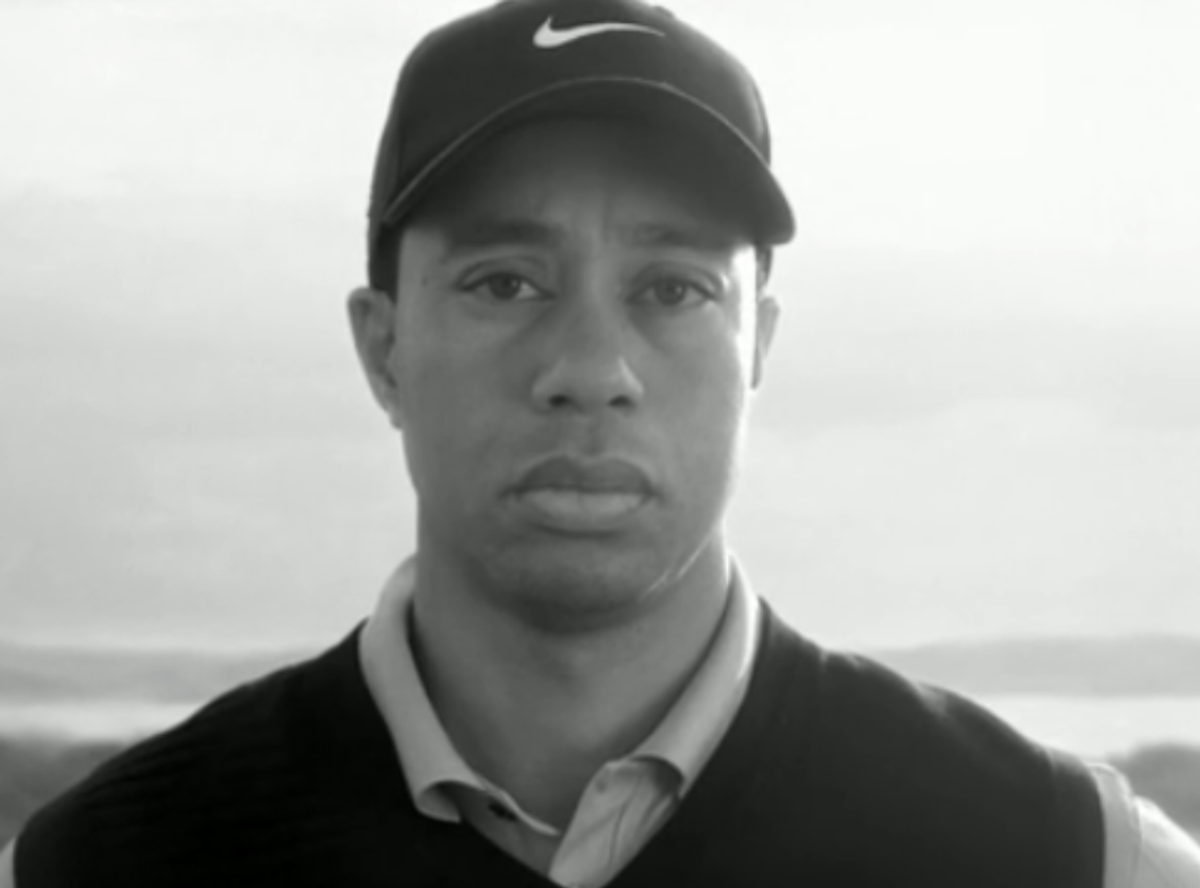 In 1996 Nike announced Tiger Woods' professional golf debut with a commercial of epic proportions. "Hello world," the screen read, as video footage of a young Tiger played and a list of his impressive accomplishments ran across the screen. "Are you ready for me?" the ad asked. The kid hadn't yet swung a club in a professional tournament. Could he live up to the crushing expectations?

Fourteen years, 14 major victories and one colossal sex scandal later, it's obvious that he did -- and that he didn't. This week, as Woods returns to golf, Nike is taking the opportunity to reintroduce himself to the world. The ad is different this time. The 30-second spot released today features no ethereal voices singing in the background as if for a god. It makes no bold claims. Woods doesn't swing or speak. He blinks seven times, and that's about it.

He looks vulnerable. He looks tired. He doesn't look humble -- he never does -- but he looks like, well, a man. Just a man.

In the blurry background is Isleworth Country Club, a reminder that for the first time in five months, Tiger Woods is going to play golf and we are going to watch. There, perhaps, we will get more insight into who this man has become and how he has changed than from any number of tabloid covers and rehearsed press conferences. It's almost moving.

But then, piped in over the long shot, there's the voice of his father, Earl -- a man who once stated, "Tiger will do more than any other man in history to change the course of humanity" – saying the things the real Earl Woods might say if he were still alive. ("Did you learn anything?" Earl asks, though we've no clue what the statement's original context was.) And at the end, there's the Nike swoosh, reminding us that Woods and his sponsors meticulously crafted this whole Tiger Woods persona a long time ago, and that the difference between the persona and the man blew this whole scandal up in the first place. Maybe that swoosh is the perfect way to usher in Woods' redemption, or whatever they want to call it. But it's not moving. It's just sickening.