Watching the media scramble for a fresh angle on the scandal has become sport in itself. Behold the worst offenders 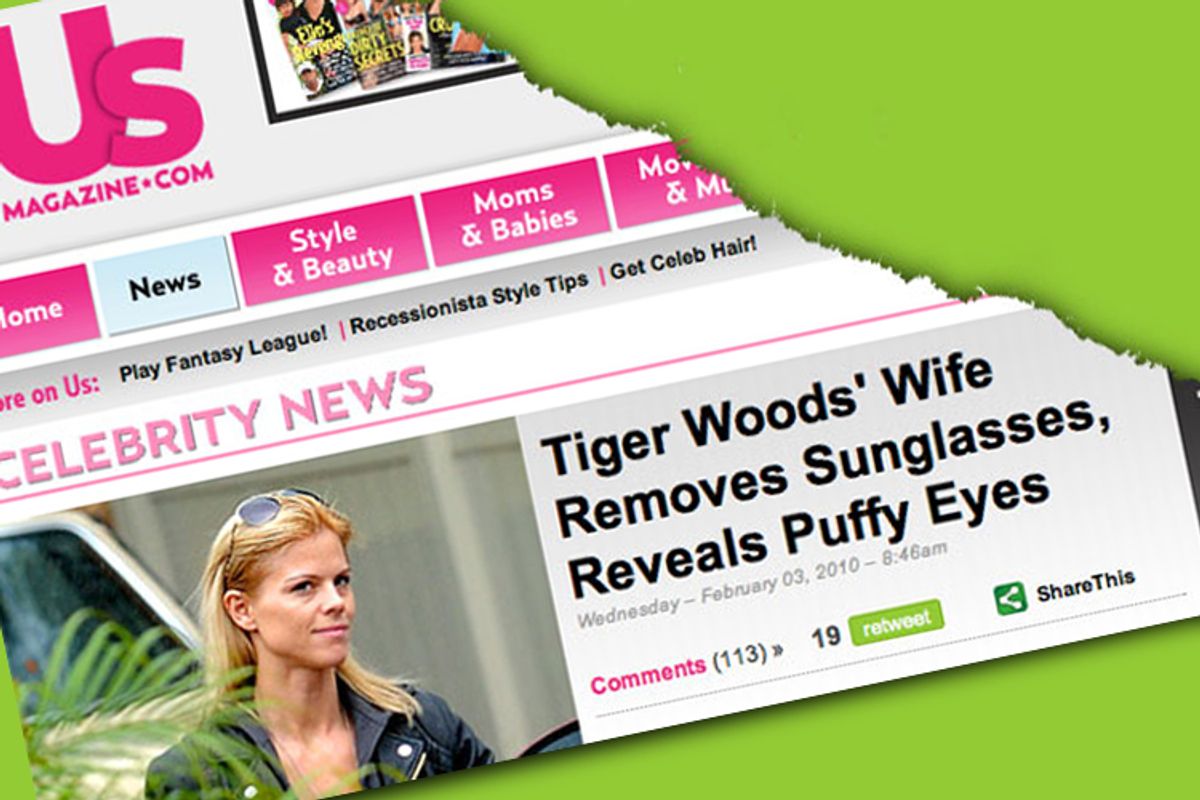 In the weeks and months leading up to Tiger's Masters debut, the media has been tasked with one clear imperative: write about Tiger Woods as much as possible. The sheer number of trend pieces, Op-Eds and tabloid blips the scandal generated is enough to make Google weep. And as the scandal wore on, watching the media scramble for fresh angles on the tawdry spectacle became sport in itself. Below, we've compiled the worst offenders.