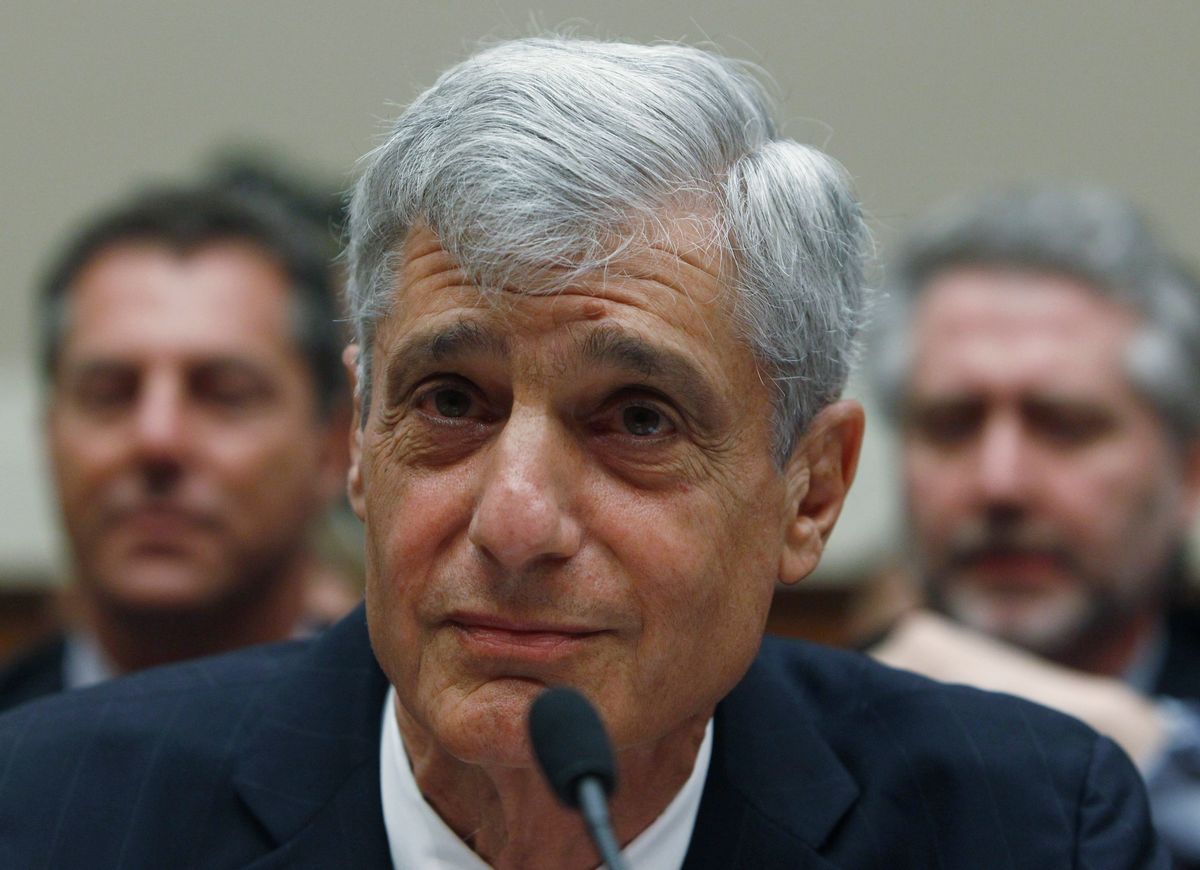 Robert Rubin, a senior adviser to Citigroup Inc. at the time of its deep losses from subprime mortgages, says he learned belatedly that Citi had $43 billion in high-risk securities on its books.

Rubin says, "I do not recall knowing before September 2007" that the bank had held onto the investments composed of repackaged mortgage bonds. In November 2007, Citigroup publicly estimated it would lose $8 billion to $11 billion in the fourth quarter that year from those securities.

Rubin, a former Treasury secretary, makes the statements in testimony to a panel investigating the roots of the financial crisis. He and other former Citigroup executives have been sharply criticized for allowing heavy investments in high-risk securities. Citi was a major subprime lender.

Critics have said Rubin, with his vast experience on Wall Street and as Treasury chief in the Clinton administration, should have picked up on the warning signs of the crisis and taken a more active role in preventing Citigroup's debacle.

New York-based Citigroup was one of the hardest-hit banks during the credit crisis and the recession. It received $45 billion in federal bailout money -- one of the biggest rescues in the government's program.

"Those losses were a substantial cause of the bank's financial problems and led to the assistance from the U.S. government," Rubin noted in his prepared testimony for the second day of hearings by the Financial Crisis Inquiry Commission.

Rubin said he was "confident" that Citi executives "believed in good faith" that their superiors didn't need to examine the bank's heavy holdings of the securities because they were triple-AAA rated and appeared safe from default.

The inquiry commission was created by Congress to delve into the causes of the financial crisis. The three sessions this week are focused on high-risk mortgage lending and the way trillions in risky mortgage debt was spread throughout the financial system. The goal is to provide a firsthand accounting of decisions that inflated a mortgage bubble and triggered the financial crisis.

Citigroup is being examined as a case study because it was heavily involved in each stage of the process. The bank was a major subprime lender through its subsidiary CitiFinancial. Other divisions of Citigroup pooled those loans and loans purchased from other mortgage companies and sold the income streams to investors.

Rubin and former Citigroup CEO Charles Prince will be pressed about the bank's role in spreading the high-risk mortgage debt through the system.

When Citigroup announced the estimated losses of up to $11 billion in November 2007, Prince resigned, Win Bischoff became acting CEO, and Rubin stepped in as chairman, helping Citi raise billions in capital to shore up its sinking finances.

Rubin came to Citigroup as a "senior counselor" in 1999. He had worked for 25 years at Wall Street powerhouse Goldman Sachs & Co., rising to co-CEO, before becoming President Bill Clinton's chief economic adviser in 1993 and Treasury secretary two years later.

In his testimony for the hearing, Prince says he wasn't aware of decisions being made on the bank's trading desks to keep on its books the "super senior" CDOs. Still, he says, given that they were widely perceived as having a low risk of default, "it is hard for me to fault the traders who made the decisions."

"Regrettably, we were not able to prevent the losses that occurred, but it was not a result of management or board inattention or a lack of proper reporting of information," Prince said. He cited multiple meetings to inform the board members of developing problems and to solicit their advice.