The singer calls those rumors of relapse "ridiculous" 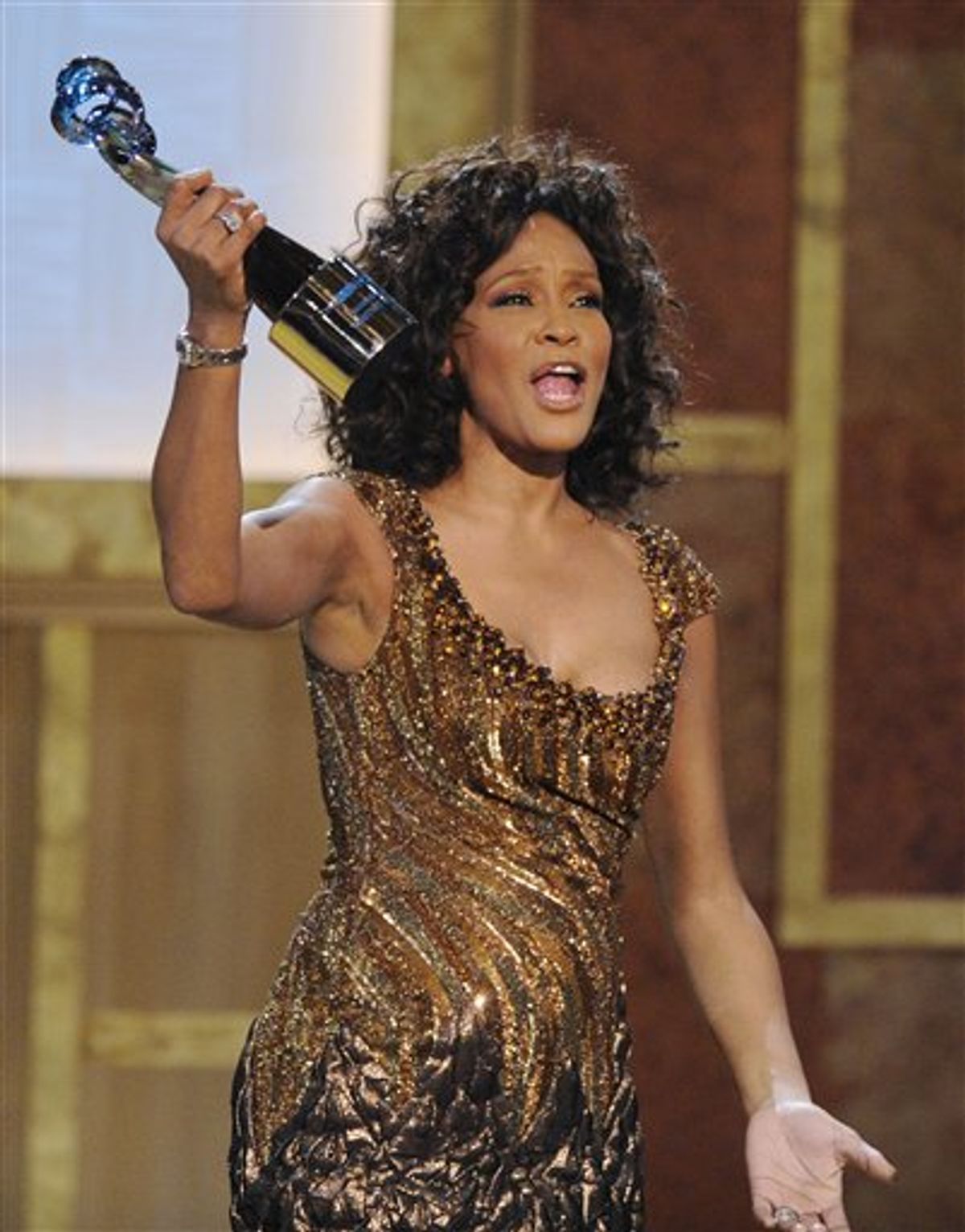 FILE - In this Saturday, Jan. 16, 2010 picture, Whitney Houston accepts an award at the Warner Theatre during the 2010 BET Hip Hop Honors in Washington.(AP Photo/Nick Wass) (AP)
--

It's the allergies, says Whitney Houston.

Houston has again pushed back the European leg of her first tour in years on the advice of doctors who are encouraging her to take time to recover from a respiratory illness, according to a statement issued Wednesday.

The singer says it's not a relapse.

According to PEOPLE, Houston said such reports of relapse are "ridiculous."

"At this point, I just don't respond. I don't even read it," she told the magazine.

Houston had already postponed the European kickoff, originally scheduled for Tuesday in Paris, because of illness. A statement from a representative said doctors advised Houston to reschedule concerts Thursday and Friday in Manchester, England, and a Sunday performance in Glasgow, Scotland.

All dates are being rescheduled, and the 46-year-old singer's tour is now supposed to start next Tuesday in Birmingham, England.

"Doctors visited Whitney late last night in Paris and confirmed that she was suffering from an upper respiratory infection," the statement read. "Upon medical advice Whitney has been advised that she cannot perform to allow her time to recover."

The statement noted she delayed the tour with "great disappointment."

Houston, one of pop's all-time best-selling artists, had been on a hiatus from music as she battled drug addiction and ended a tumultuous marriage to singer Bobby Brown. But with her new CD, "I Look to You," she returned on the top of the charts and declared herself healthy and free from substance abuse.

The superstar has been on a world tour to promote the CD, which has sold more than 1 million copies in the United States alone.

However, the tour has been troubled; performances in Australia and elsewhere were negatively received by some fans and critics, who complained Houston did not showcase the majestic voice she is known for.

Video snippets of her performances showed Houston sweating and struggling to hit notes, leading some to wonder about her health.

In February, her representative issued a statement denying any troubles, saying, "Whitney is in great health and having a terrific time on her tour and with her fans."