Bart Stupak will retire from Congress 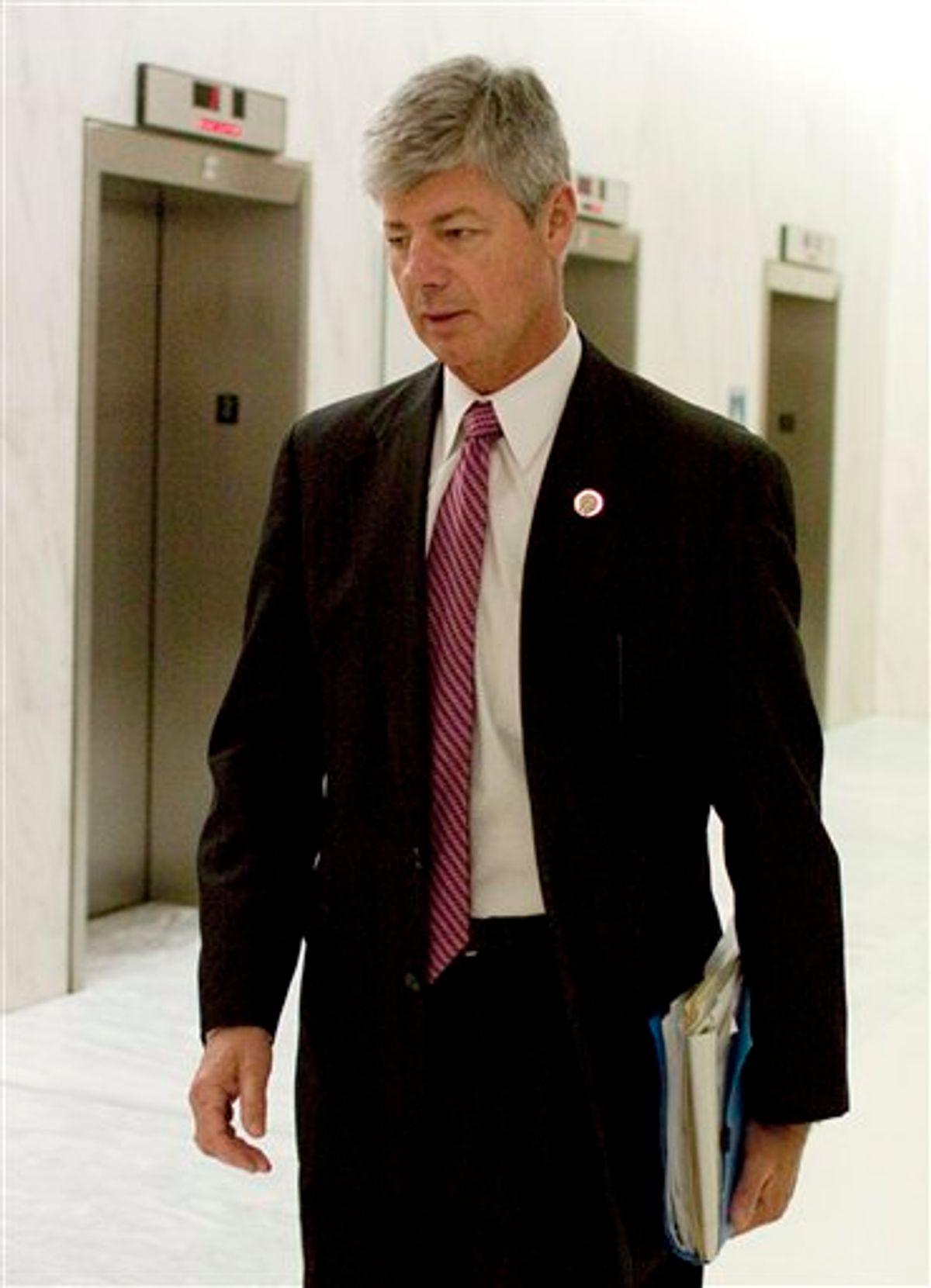 Rep. Bart Stupak, D-Mich., won't run for reelection in November -- the latest in what's becoming a pattern of potentially vulnerable Democrats who step aside rather than face the prospect of losing.

Stupak, who's been in the House for nine terms, had led a bloc of anti-choice Democrats who held the healthcare reform bill hostage to demand more restrictions on abortion rights in the legislation. But in the end, the executive order he got from the White House on abortion didn't satisfy the right, and pro-choice activists were furious at him for treating abortion as a bargaining chip. Suddenly, Stupak didn't have as many political friends as he used to. (Especially not Rep. Randy Neugebauer, R-Texas, who shouted "baby killer!" at him during House debate over the bill.)

Following the usual script for retiring politicians, Stupak says he was confident he would have won another term. Though a traveling tea party caravan is rolling through his district in the next few days, Stupak told the AP the pressure from the right had nothing to do with his decision. "The Tea Party did not run me out," he said. "If you know me and my personality, I would welcome the challenge." Instead, it was finally getting the healthcare bill passed into law that prompted the retirement. "I've fought my whole career for health care and thanks to Barack Obama and my colleagues, we've gotten it done," he told the AP.

But Stupak's district, which Obama barely carried in 2008 even as he was doing well enough in Michigan that John McCain pulled out of the state well before Election Day, could be tough for the Democrats to hold in November. And the news will likely add to a growing sense in Washington that the 2010 elections are going to be very good for the GOP. Republicans were elated. "After selling his soul to Nancy Pelosi, it appears that Bart Stupak finally found the courage to tell her no," National Republican Congressional Committee spokesman Ken Spain said. "The political fallout over the Democrats' government takeover of healthcare has put the political careers of many Democrats in jeopardy, thanks in part to Stupak's decision to abandon his alleged pro-life principles. Unfortunately for Pelosi, she was unable to strong-arm Stupak one last time as she becomes increasingly aware of the fact that her hold on the Speaker’s gavel is loosening by the day."

And the tea partiers, meanwhile, happily took credit, no matter what Stupak says. "The surprising announcement that Congressman Bart Stupak is abandoning his campaign for reelection shows the power of the tea party movement," said Bryan Shroyer, political director of Tea Party Express, the group touring Stupak's district this week. "Stupak was no longer able to hide his betrayal of conservative principles, because the tea party movement was determined to educate the voters in his district of his vote of betrayal for Obamacare."