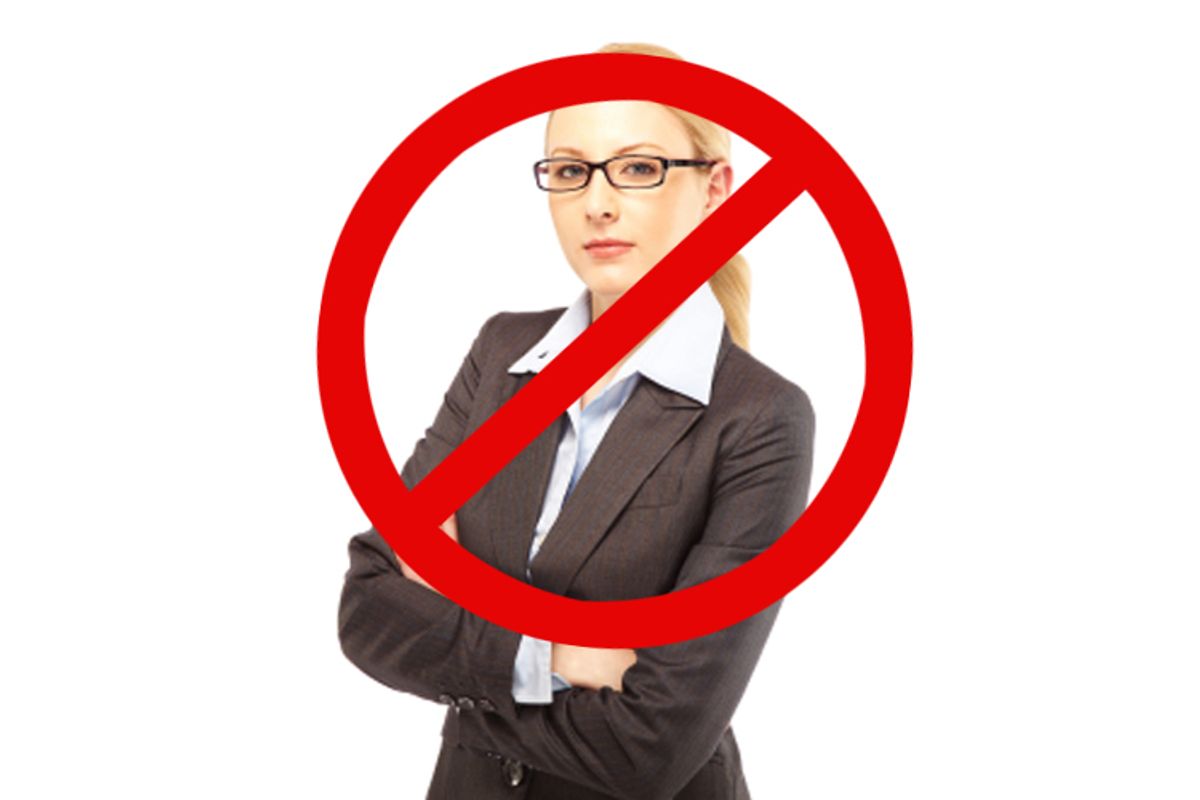 An all-male Dutch fundamentalist Christian political party just got some bad news: It's going to have to break up its boys' club. That is, if there are any women who actually want to join the exclusionary group. Since its founding in 1918, the Reformed Political Party -- also known by the Dutch acronym SGP -- has banned women from running for office and only began accepting female members four years ago. A fed-up women's rights group recently brought a lawsuit against the penis party and a judge concurred Friday that, hey, that ish ain't fair. Bummer, dudes.

The SGP responded to the ruling by issuing a list of its candidates for the June elections, and they're all men. Either they are testing the judge's authority or they're just playing dumb (or maybe there is no "playing" involved). In support of the latter theory, the party released a statement calling the ruling "incomprehensible," because past court decisions have defended the party's right to discriminate based on religious principles. See, the Bible-toting SGP believes that a woman's proper place is in the home. The group's mission statement includes the following directive: "In this order the husband is the head of the wife. Every emancipation effort that ignores the God-given place and vocation of men and women is revolutionary and should be vigorously combated." I believe I speak for the 1979 U.N. Treaty for the Rights of Women when I say: Bring it on.