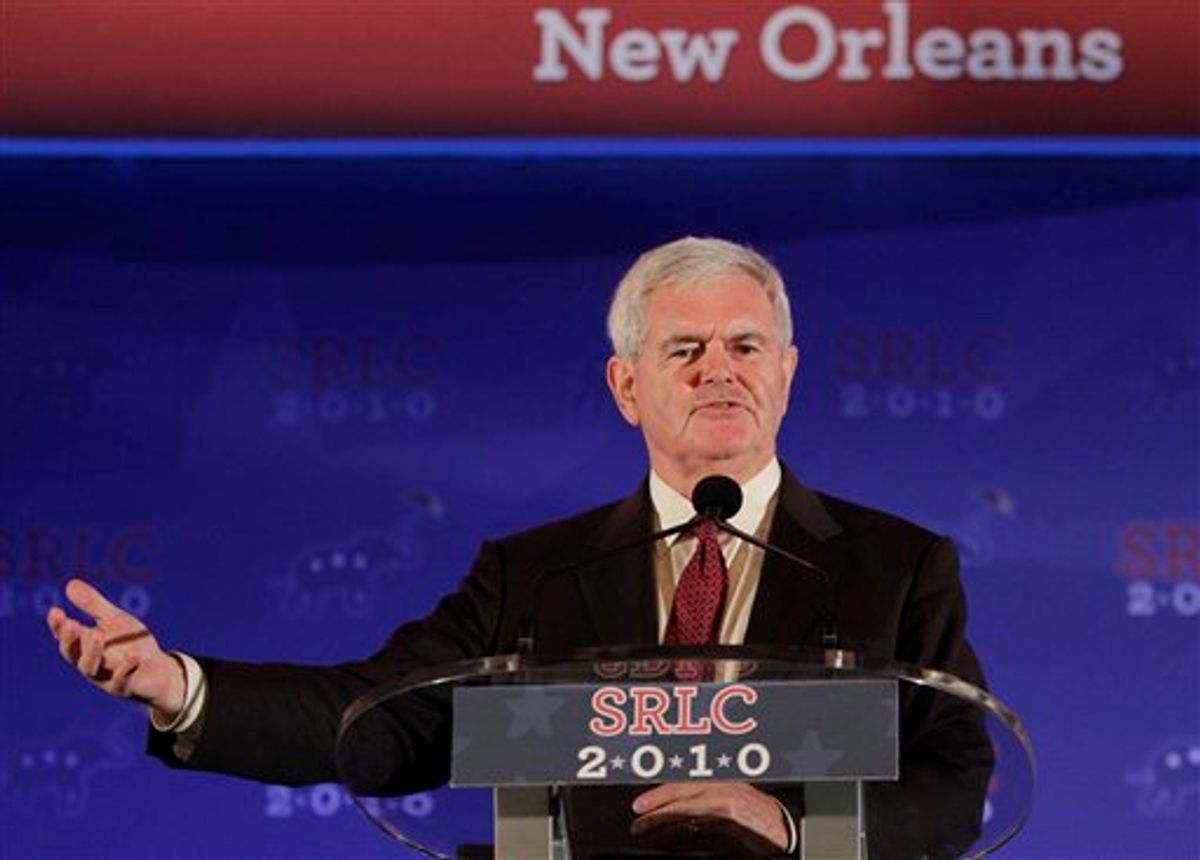 The theme of Newt Gingrich's speech Thursday night at the Southern Republican Leadership Conference was supposed to be "the party of yes." Republicans, tarred for a year as knee-jerk obstructionists, should instead talk about what they're for. "There are many things that we can say yes to," the former House speaker told his audience.

But the plan that Gingrich got the most applause from, as he tried to rally a few thousand GOP activists to say "yes," involved... just saying no in a different way. "When we win control of the House and Senate this fall, stage one of the end of Obamaism will be a new Republican Congress in January that simply refuses to fund any more," he said. "The Congress doesn't have to pass the money. If EPA gets no money, it can't enforce cap and trade."

That's been the new line since the healthcare reform bill passed and Republicans realized they probably wouldn't be able to repeal it. Gingrich, and some lawmakers, have instead been talking about simply not paying for it. But what Gingrich proposed Thursday went beyond just that -- to refusing to pay for anything the (hypothetical) GOP Congress didn't want to let President Obama do.

In other words, shut down the government. Which, of course, worked out very well for Gingrich the last time he tried it.

That won't be all the new GOP says "yes" to, though. "A Republican Congress and Republican president in January 2013 will repeal every radical bill passed by this administration," he said. And once that's done, they'll get around to cutting taxes, deregulating commerce, encouraging more public prayer and shrinking government at every level from the local school board to the federal bureaucracy. (And also cutting benefits for the poor: "I'm tired of finding new ways to help people who aren't working; I want to find ways to hel people who are working.")

If that sounds familiar, it's probably because that was the agenda Gingrich carried into power after the 1994 election. It turns out the "party of yes" concept isn't actually about working with the White House to get anything done; it's about finding new ways to sell the same old GOP policies without looking stubborn in the process.