Sooner or later, everybody wants something from the government. Just ask the conservatives getting farm subsidies 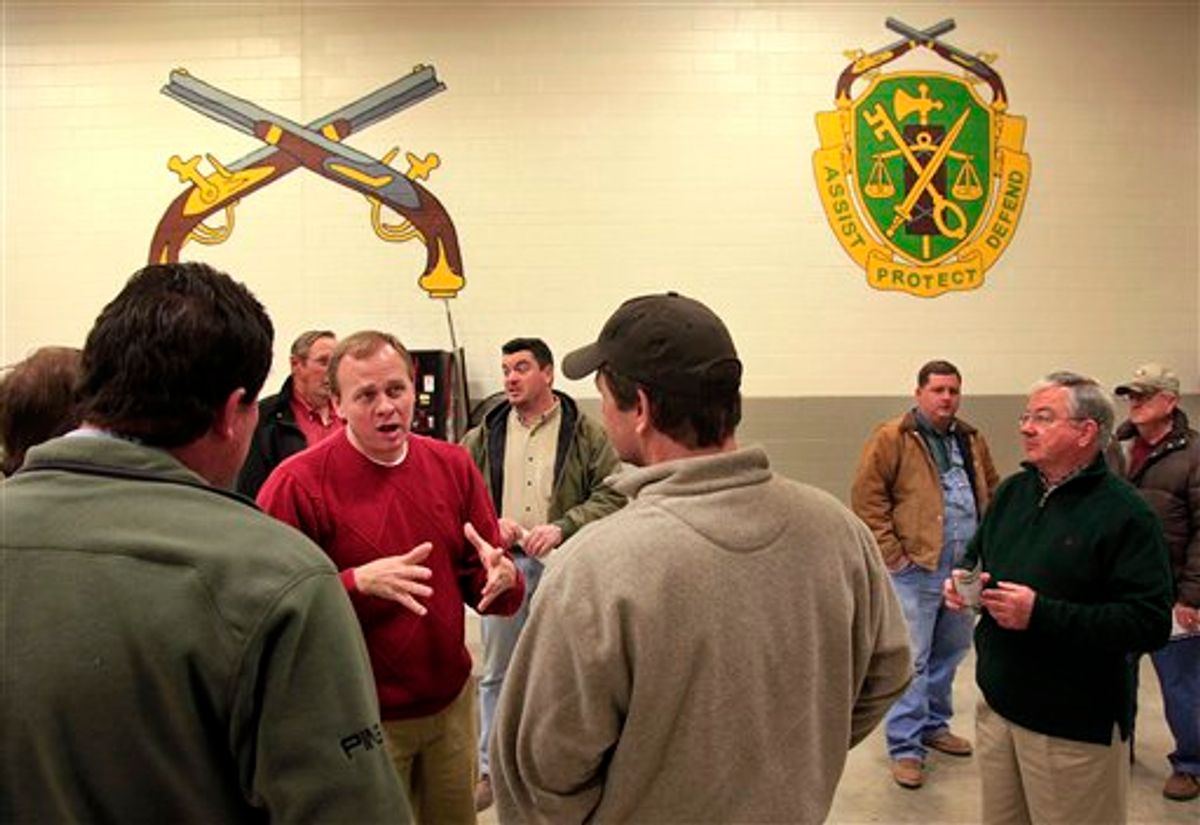 It's remarkable how often you hear tea partiers making exemptions for their favorite kinds of government spending. For a movement that's supposed to be reinvigorating conservative purism, these folks sure are willing to compromise on first principles.

The classic example of this is how conservatives rushed to the defense of Medicare during the healthcare fight. Although the rhetoric from the right mainly focused on the threat of government meddling in healthcare, what it appeared to actually mean was that the government is doing a good kind of meddling now, and that we shouldn't change that to a bad kind of meddling in the future.

In that same vein, we've now got the spectacle of an aspiring tea party leader, Tennessee congressional candidate Stephen Fincher, who's actually been collecting $200,000 a year in farm subsidies from the federal government. He's not the only one, either. Indiana Republican state Sen. Marlin Stutzman, who's running for U.S. Senate and is another conservative purist favorite, hauled in $156,907.54 from 1997 to 2006.

Stutzman at least makes a half-gesture toward honesty, and says he thinks the agricultural subsidy program should gradually be phased out. But Fincher seems willing to stick up for the cash transfers he's gotten. "People are quick to say with their mouth full, 'Well, the American farmer is on the dole.' But a loaf of bread is two bucks when it could be 10 bucks. I know what it is with the government in my business. We would be all for not having government in our business, but we need a fair system."

We don't actually need agricultural subsidies to keep bread under $10 per loaf, but let's give Fincher the benefit of the doubt for a second, and say that he's right. This would be a damn near perfect argument from the left for the government’s right to determine economic value and redistribute wealth. Bread is important, poor people can't afford it, so let's tax folks and use the money to subsidize bread. A true small-government, free-market conservative would say that a loaf of bread has a correct price that supply and demand dictate, and if it's $10, so be it.

Of course, agricultural subsidies don't exist to subsidize bread for the poor. That program is called "food stamps." Farm subsidies exist to subsidize, well, farmers, most of whom are actually giant corporations. Fincher probably didn't pocket the $200,000 because he thought that it was his solemn duty, in order to keep the price of bread down. He did because someone offered him $200,000. And this is the problem.

The tea partiers have been talking about smaller government as the main principle of their movement. But what they're arguing against isn't actually the government having a place in the economy. They hardly could. The fact is that we need the government for lots of stuff, and there's just no getting around it no matter how much you huff and puff. Just ask the Republican state legislators who forced their governors to accept stimulus money last year.

Sure, it's fun to say that the bailout and the stimulus were just big government muscling in on the private sector. But people like Fincher and Stutzman are only free to make this criticism because other politicians grasped the need to not let the economy go into meltdown. For a conservative politician, there's plenty of hay to make about healthcare reform as a totalitarian move against free enterprise. But you'd better avoid trying to roll back any universal benefits, because everyone actually really likes government-run healthcare once they've experienced it. How do you think Medicare got to be politically untouchable?

This is why conservatives always end up disillusioned with their leaders. It's not really politically possible to cut the government. Majorities may not like government spending in the abstract, but they sure like it in practice. There's broad public support for the idea of cutting the budget, and no support at all for any concrete ways of doing so. In fact, a recent poll found that only tiny minorities of the public support cutting any specific program except for foreign aid. And even there, people vastly overestimate how much aid we give out, and if confronted with the specifics of where it goes -- the Israeli military, HIV prevention -- probably wouldn't want to cut it so much anymore.

So on the off-chance that we do end up with, say, Sarah Palin as president in the near future, there are -- obviously -- lots of good reasons to worry. But she probably wouldn’t be able to roll back any major programs. It's not welfare that the tea partiers are against. It's welfare that they can't get a piece of. Palin probably wouldn't even dare try to touch Medicare or Social Security. After all, Alaska is one gigantic ward of the state.