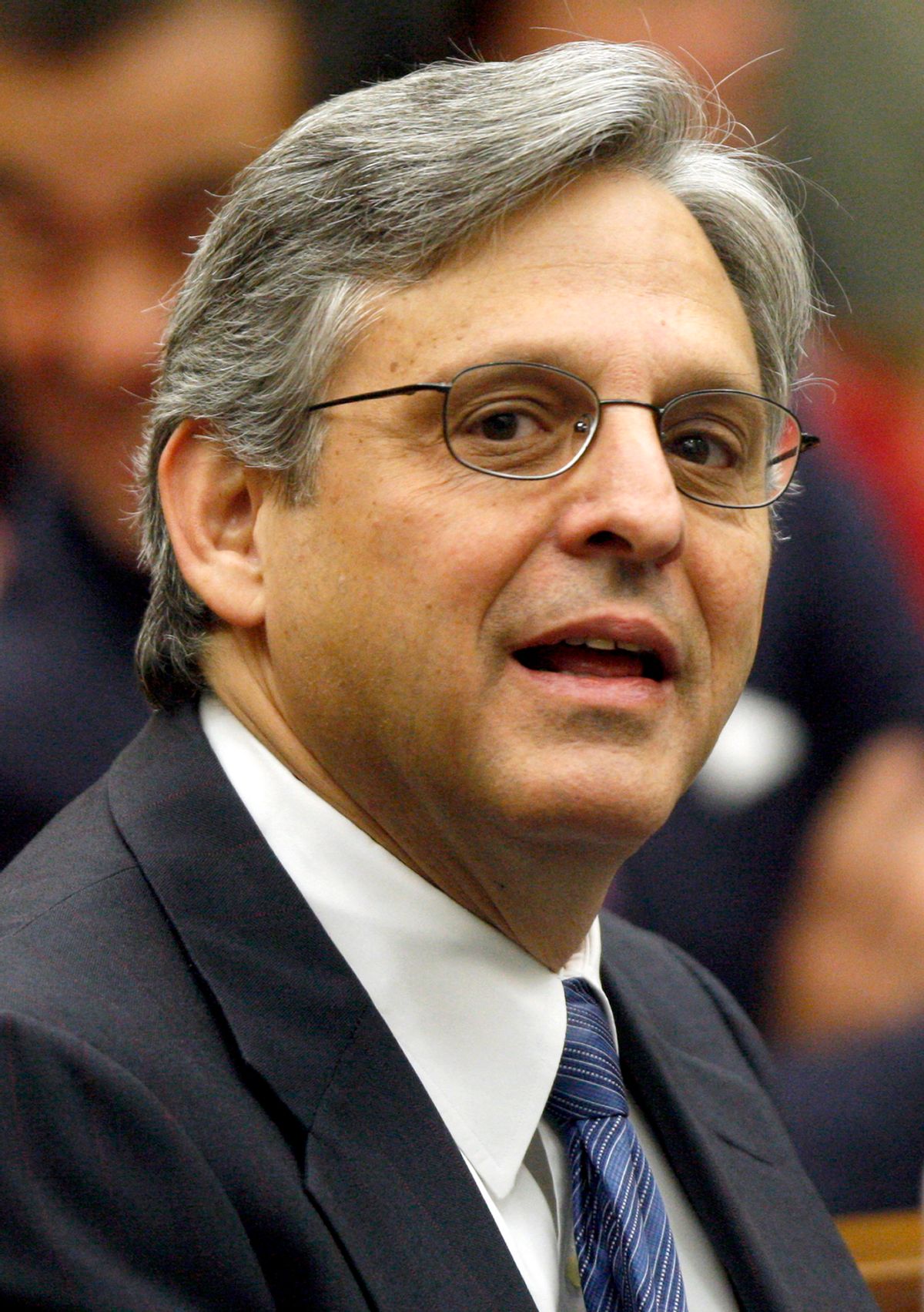 FILE - In this May 1, 2008 file photo, Judge Merrick B. Garland, U.S. Court of Appeals for the District of Columbia Circuit, is pictured before the start of a ceremony at the federal courthouse in Washington. Two experienced federal judges and the Obama administration's top Supreme Court lawyer are widely considered the leading candidates for the next high court opening in the event Justice John Paul Stevens retires. (AP Photo/Charles Dharapak, File) (Associated Press)
--

Justice John Paul Stevens announced his retirement just a few hours ago, but the right is already gearing up for the confirmation battle.

Salon just spoke with Curt Levey, the director of the Committee for Justice, a GOP group originally founded to push George W. Bush's court nominees, about how Republicans might react to the selection of a new justice. His message? There will be "an interesting confirmation fight this summer...unless [President Obama] nominates someone very moderate."

For Levey, "very moderate" means someone like Judge Merrick Garland, a Clinton-appointee to the United State Court of Appeals for the District of Columbia. Garland, along with Solicitor General Elana Kagan and Judge Diane Wood of the Seventh Circuit Court, is widely thought to be the one of the mostly like candidates to replace Stevens.

Curt Levey told Salon that, "If [President Obama] was to nominate somebody relatively moderate like a Judge [Merrill] Garland, I just don't think there'd be a critical mass on the right… to make for a big fight. That's not to say there won't be criticism of the nominee, that there won't be some groups that call for the defeat of the nominee, but I just don't think you'll see a critical mass."

According to Levey, Obama will be precluded from picking a nominee championed by liberals -- such as Harold Koh or Pamela Karlan -- anyway: "Given the election and given that his political standing is not as strong as it was last summer and given that he has to seriously worry about losing some of the red state Democrats like (Blanche) Lincoln or (Ben) Nelson if he nominates someone too far to the left." In light of this, Levey believes that Wood would be the closest "progressives would get to someone they could really embrace."

And what if the White House decides to please the left by going with Wood? "There was a fairly big fight over [Justice Sonia] Sotomayor. I don't think her confirmation was ever in doubt but certainly there was a robust fight over her and I think it would be substantially bigger this time."