Death to "the 'Juno' Effect" 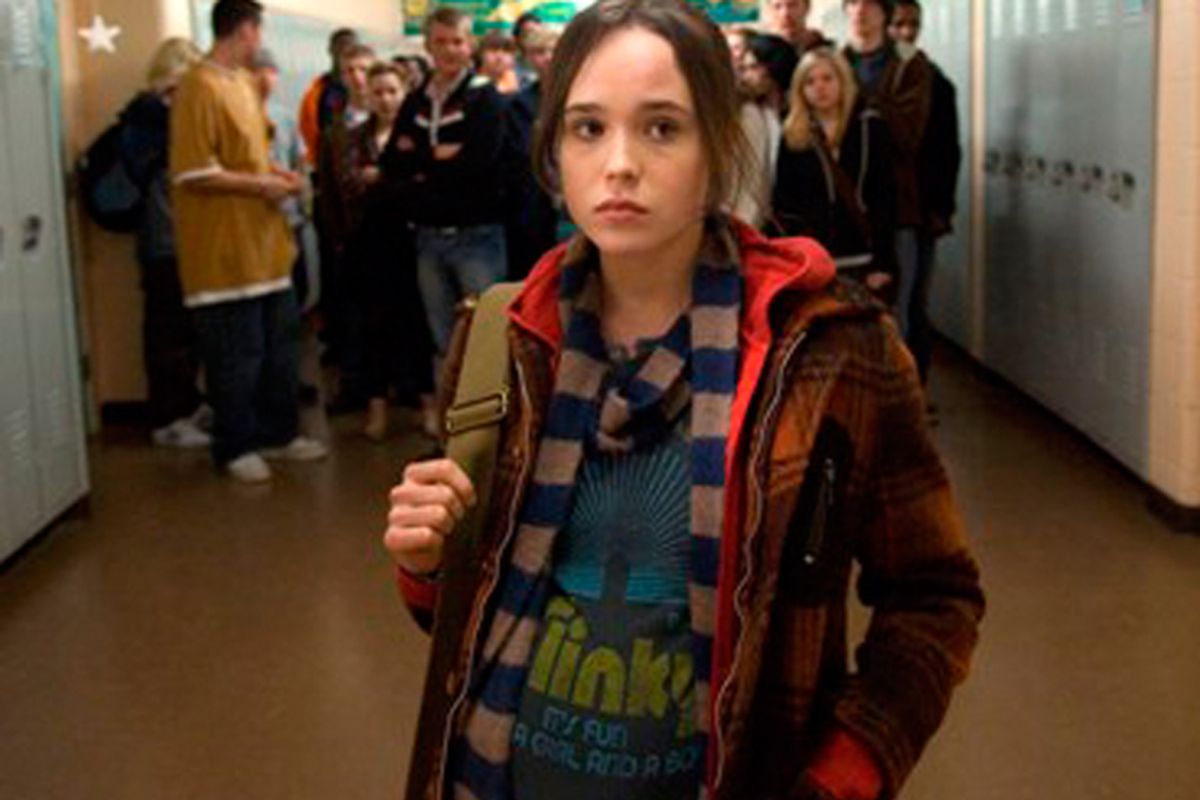 Earlier this week, we got some good news about teen pregnancy: According to figures released by the Centers for Disease Control and Prevention, pregnancy rates for all teenagers dropped 2 percent between 2007 and 2008, meaning that the slight uptick in teen pregnancy rates between 2005 and 2006 were probably just an anomaly and not some heinous trend brought about by pop culture. Give a cheer to the end (finally!) of "the 'Juno' Effect"!

Do you remember that media darling, "the 'Juno' Effect"? The theory goes something like this: When impressionable teenagers see any representation of a young, unmarried pregnant woman on the big screen ("Juno," "Knocked Up"), or the small screen ("The O.C.," "16 and Pregnant"), or in a magazine, or on a talk show (Bristol Palin, Jamie Lynn Spears), they somehow lose all ability to evaluate any nuance or context in that woman's particular situation, and instead make some sort of primitive cause-and-effect connection: That woman is in the movies (or on TV, or in a magazine)! That makes her glamorous! Maybe if I get knocked up, I'll be glamorous, too!

"The 'Juno' Effect" became so popular that it has its own section in the film's Wikipedia entry. In February 2008, it was the headline of Mona Ackerman's column in the Huffington Post and the subject of a thoroughly mean-spirited article by Emily Yoffe in Slate subtitled "Forget Juno. Out-of-Wedlock Births Are a National Catastrophe." By summer, Time used "The 'Juno' Effect" in an article on the then scandalous, now mostly debunked, story of the so-called Gloucester pregnancy pact, and a professor of journalism assured NPR that "the idea that movies about unexpected pregnancy may encourage young women to become mothers" is "quite real." When Sarah Palin announced her daughter's pregnancy that fall, Fox News declared, "The 'Juno' Effect Strikes Again!" Some conservatives declared "the 'Juno' Effect" to be the fault of "liberals who can't allow an alternative view to emerge on abortion," a view that may have been inadvertently confirmed by some liberals, including Linda Hirshman, who wrote in Slate that she had rarely heard of any "17-year-old middle-class girl" who "chose" to keep her child since Roe v. Wade was decided in 1973. (Which leads me to conclude that Linda Hirshman has never read much of anything by Beverly Donofrio, Ariel Gore or, ah, me).

By the end of 2008, you could be forgiven for believing there was absolutely no way to portray a young unmarried woman who happened to be pregnant in a responsible manner: Juno was too smart, funny and likable; Katherine Heigl in "Knocked Up" was too pretty and too happy; the Gloucester girls were too poor and too dumb; Jamie Lynn Spears was too rich and too dumb; Bristol Palin was too privileged and too Republican. When MTV came out with "16 and Pregnant" in the summer of 2009, it was more of the same: The girls were too trashy or too popular; bad mothers for dropping out of school, or unrealistic role models for other, less privileged girls, should they continue with school. But aside from all of that, there was "the Juno Effect": By talking about pregnant girls, and most of all, by daring to portray some of them as ordinary, even likable, we'd get way more babies having babies.

But that's not what happened. "Juno" was released in December 2007, the same month that Jamie Lynn Spears announced her pregnancy. The news of the Gloucester "pregnancy pact" came out in June 2008. Bristol Palin's pregnancy was announced in September 2008. All the while, those who tried to make examples out of these girls and to blame them, in part, for rising pregnancy rates, were basing their arguments on statistics that showed a (fairly slight) increase in teen pregnancies during the years of 2005 and 2006, the most recent years for which figures were then available. Look at the numbers in the opening paragraph again. Those are from the years 2007 and 2008. There may have been no such thing as "the 'Juno' Effect." But if there had been? It would have caused teen pregnancy rates to go down.

Personally, I find it more interesting to look at trends over a longer period of time, and just as I found it a little silly to declare a national catastrophe over an increase of a few percentage points a few years back, neither am I going to claim that a few percentage points in the other direction represents some sort of sea change in teen sexuality (though the most recent statistics are much more in line with the ever-decreasing rates of teen pregnancy over the past two decades). I'm generally a forgiving person. But to those people out there who believed that introducing a few fresh images of young parents to challenge the mostly unrelenting stereotypes represented some sort of apocalypse: Yeah, I'm a little bit pissed. And there is a bit of vindication here.

Turns out, depicting teen parents may not glamorize them, so much as humanize them. You know, that thing that happens when one person recognizes that someone else is a person too? So, now that we can firmly state that realistically depicting the lives of the tiny percentage of girls who do become pregnant won't necessarily contaminate the rest of them, it's time to stop worrying and ask what we can do to help.