The RNC chairman acknowledges his critics, but says pointing fingers at him instead of Democrats is a trap 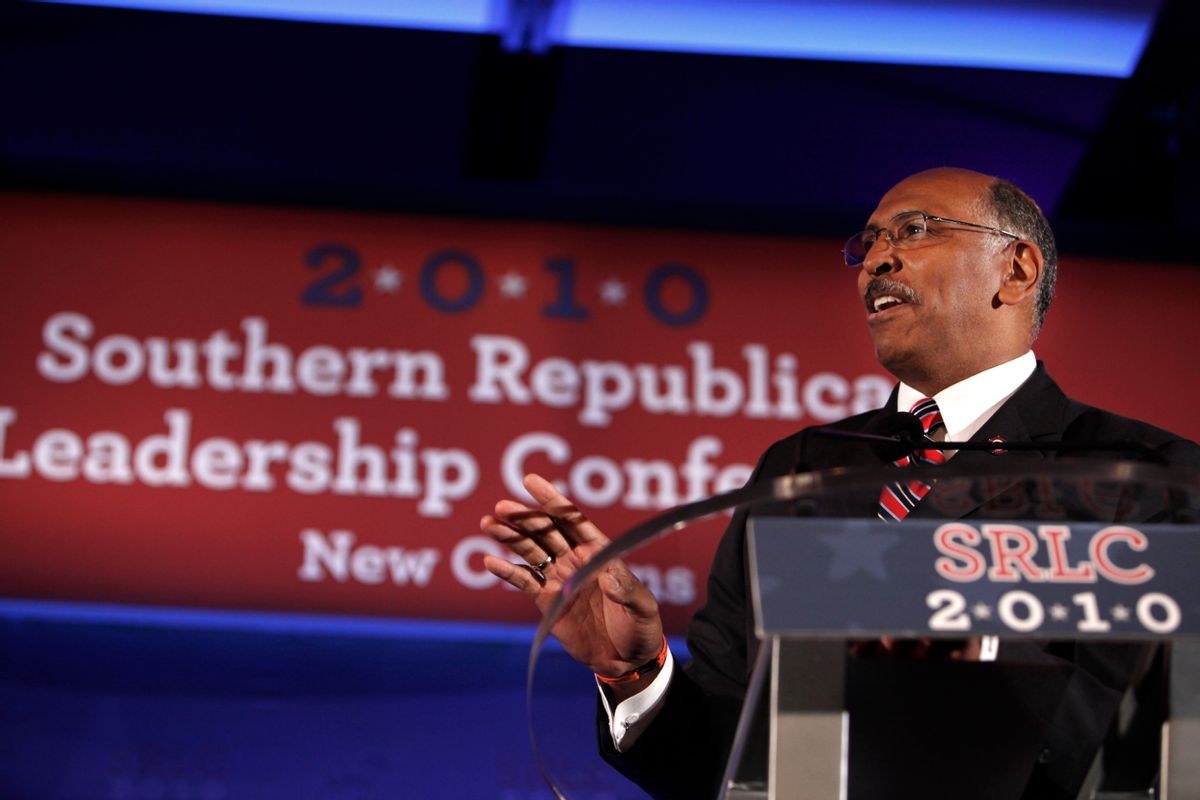 Michael Steele won a standing ovation as he walked out to address the Southern Republican Leadership Conference Saturday afternoon. From, oh, at least a few dozen people.

The ballroom was about half-empty for Steele's address, the final speech of the weekend. Turns out the Republican National Committee chairman wasn't exactly a big draw (though the press rows were full, and cameras were rolling). The crowd had been thinning out all afternoon, though; people didn't seem to leave because Steele was speaking, but they also didn't seem to come back in for him.

After a tumultuous past few weeks, Steele hinted at an apology for the problems the RNC has had under his reign. "In life, you realize very quickly that you can't please everyone, but you can certainly make them all mad at you at the same time," he said. "And that is a lesson well learned."

But it turned out he was really talking about the Republican Party. "Folks have been mad at us in the past, and we have learned from that past," he said. "And we're now ready to move on into a brighter future, as leaders, as Republicans, as conservatives."

UPDATE: Later in the speech, Steele did address his critics more directly:

Democrats know they have some explaining to do, and they'd love nothing more than for us to keep pointing fingers -- at me and others -- instead of their radical un-American agenda. And we shouldn’t fall for that trap. I'm the first here to admit I've made mistakes, and it's been incumbent upon me to face facts, shoulder that burden, make the necessary changes -- and move on.

We've all had to do that from time to time. But the one mistake we cannot make this November is to lose.

That should, at least for now, put this latest episode of self-inflicted injury behind Steele. The chairman spent the weekend meeting with party leaders and donors, and few people here seemed interested in continuing to talk about his troubles. The GOP has, after all, raised plenty of money and won three elections since he started (even if they've spent quite a bit in the process). There's almost no chance Steele will be forced out of his job. Earlier in the conference, 31 state party chairmen signed a letter supporting him -- it may not be an overwhelming vote of confidence, but it shows he's got a majority of influential GOP leaders on his side.