The 2008 runner-up barely beats Ron Paul in New Orleans, even though he didn't attend the Republican confab 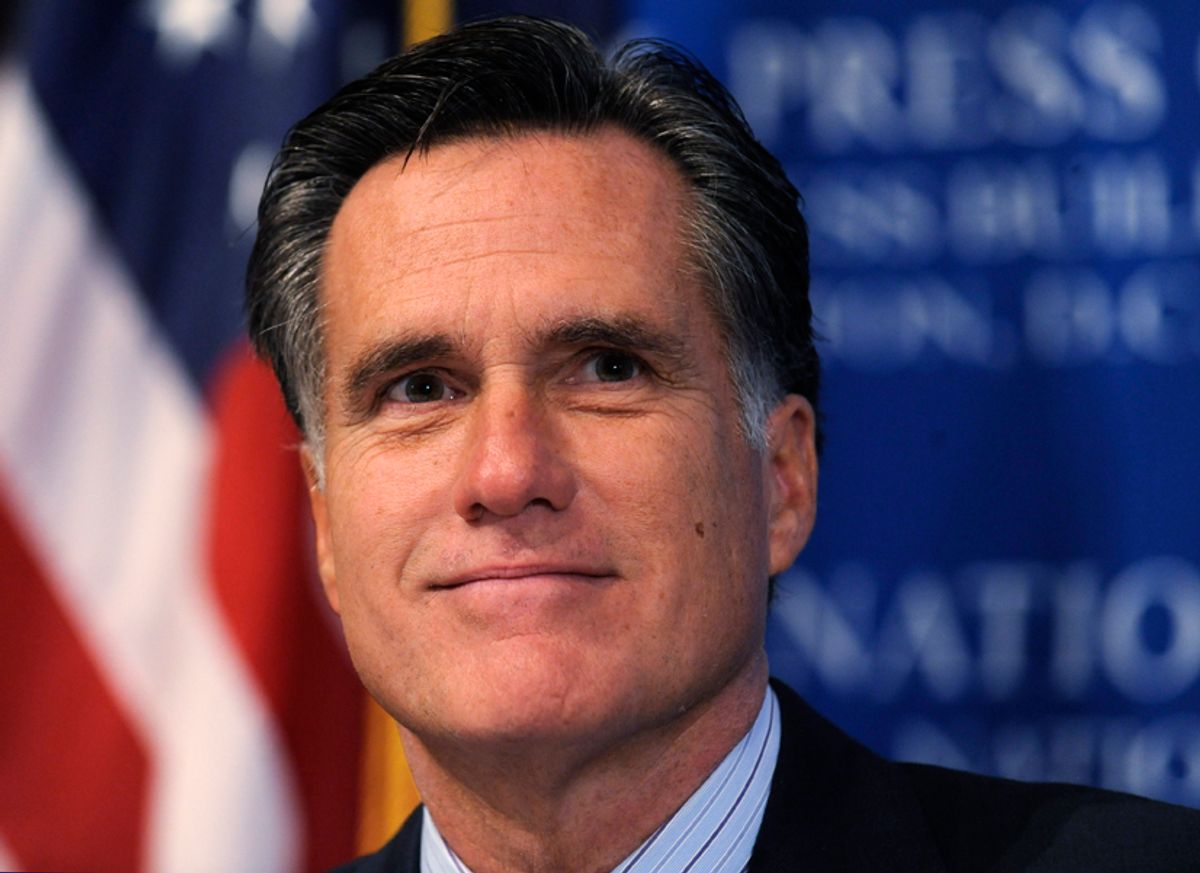 Mitt Romney didn't even show up here this weekend. But he still won the Southern Republican Leadership Conference straw poll -- beating Ron Paul, who was here, by one vote, 439-438, and winning 24 percent of the ballots. Only about half the delegates cast a vote.

There was a heavy Romney presence at the conference, though, even if the candidate himself (like Tim Pawlenty) stayed out of town. A group called Evangelicals for Mitt co-sponsored a Friday night party, posted signs all over the Hilton and handed out buttons, Romney books and plastic piggie banks to get the word out for their man. "The thing that's on everybody's mind is 'pocketbook,'" said Nancy French, who lives in Columbia, Tenn. and organized the group with her husband, David, a lawyer for the Christian conservative legal group Alliance Defense Fund. (They left for New Orleans this weekend even though they're missing Mule Day back home.)

Romney's campaign apparently has no ties to the effort, though Nancy French wrote a book with Ann Romney, the candidate's wife. Their group hasn't organized as a political committee yet, so it's unclear exactly where the money they're spending on signs and Romney gear is coming from; the Frenches say they contributed some, and raised the rest from friends and supporters. They also paid for some tickets to bring Romney-friendly voters to the conference, though they didn't appear to have as many people here explicitly to vote for Romney as Paul's organization did. "I'm shocked," Nancy French said.

Palin's PAC handed out packets of caribou and reindeer jerky, but otherwise, didn't do much to try to rally support. Gingrich didn't appear to have any coordinated campaign for the straw poll.

For Romney, the win basically solidifies the conventional wisdom that he's the early front-runner for the nomination. Pawlenty, the only other potential candidate who's actually building an organization, only got 3 percent of the vote here. Gingrich may or may not be running, and as for Palin? Her plans are a mystery, perhaps even to herself.

UPDATE: Romney spokesman Eric Fehrnstrom sends over this reaction, calibrated to fit with the GOP focus on this November, not January 2010:

"Straw polls are fun, and it's always good to hear from our supporters, but our real objective as Republicans is to win back the Congress so we can put more Americans back to work."