Making the case for marijuana

It's time for reformers to play up the safety claim for pot: It's less dangerous than alcohol 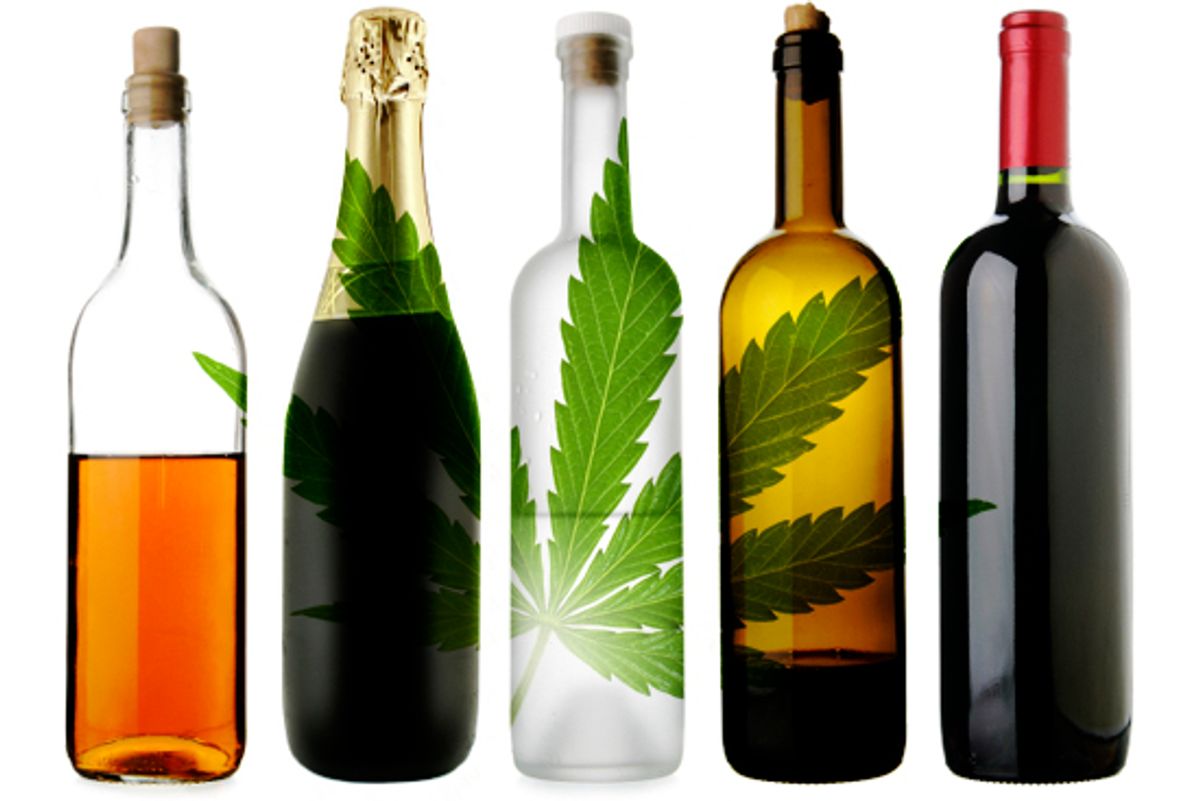 When choosing between frugality and security, history shows that America almost always selects the latter. To paraphrase President Kennedy, we'll pay any price and bear any burden to protect ourselves.

No doubt this was why the economic case against the Iraq invasion failed. To many, the war debate seemed to pose a binary question: debt or mushroom clouds? And when it’s a scuffle between money arguments and security arguments (even dishonest security arguments), security wins every time.

Call this the Pay-Any-Price Principle -- an axiom that has impacted all of America's wars, and now, most poignantly, its War on Drugs. When faced with criticism of budget-busting prosecution and incarceration costs, law enforcement agencies and private prison interests have successfully depicted their cause as a willingness to pay any price to jail dealers of hard narcotics.

Of course, data undermine that storyline. In 2008, the FBI reported that 82 percent of drug arrests were for possession -- not sales or manufacturing -- and almost half of those arrests were for marijuana, not hard drugs.

Fortunately, these numbers are seeping into the public consciousness. Gallup's latest survey shows record support for marijuana legalization, as more Americans see the Drug War for what it really is: an ideological and profit-making crusade by the Arrest-and-Incarceration Complex against a substance that is, according to most physicians, less toxic than alcohol.

Considering both the public opinion shift and the facts about marijuana, this should be the moment that drug policy reformers drop their budget attacks and flip the security argument on their opponents -- specifically, by pointing out how safety is actually compromised by the status quo.

The good news is that some activists are making this very case.

Last week, students at 80 colleges asked their schools to reduce penalties for marijuana possession so that they are no greater than penalties for alcohol possession. It's a request with safety in mind: According to the National Institute on Alcohol Abuse and Alcoholism, alcohol use by college kids contributes to roughly 1,700 deaths, 600,000 injuries and 97,000 sexual assaults every year. By contrast, "The use of marijuana itself has not been found to contribute to any deaths, there has never been a single fatal marijuana overdose in history (and) all objective research on marijuana has also concluded that it does not contribute to injuries, assaults, sexual abuse, or violent or aggressive behavior," as the group Safer Alternative For Enjoyable Recreation notes.

"It's time we stop driving students to drink and let them make the rational, safer choice to use marijuana," said one student.

Now the bad news: Not every reformer is on message.

In California, where polls show most citizens support cannabis legalization, the New York Times reports that backers of a legalization ballot measure "will not dwell on assertions of marijuana's harmlessness" but "rather on [the] cold cash" pot can generate for depleted state coffers.

The problem is not these advocates' facts -- California officials confirm that legal marijuana could generate more than $1 billion in tax revenue. The problem goes back to the Pay-Any-Price Principle.

By downplaying the argument about giving society a safer alternative to alcohol, California's legalization advocates are letting drug warriors reclaim the language of security, to the point where even liberal Democratic Sen. Barbara Boxer's campaign now trumpets her opposition to the initiative on the grounds that "she shares the [safety] concerns of police chiefs, sheriffs and other law enforcement officials."

A career politician, Boxer understands that if this battle reverts to the old tax-revenue-versus-safety fight, voters will choose safety. In other words, she gets the Pay-Any-Price Principle.

To maximize this opportune moment for drug policy changes, every reformer must appreciate that principle, too -- and finally confront it head-on.