In New Orleans, the GOP moves past Katrina

At the Southern Republican Leadership Conference in New Orleans, Katrina -- and George Bush -- faded into history 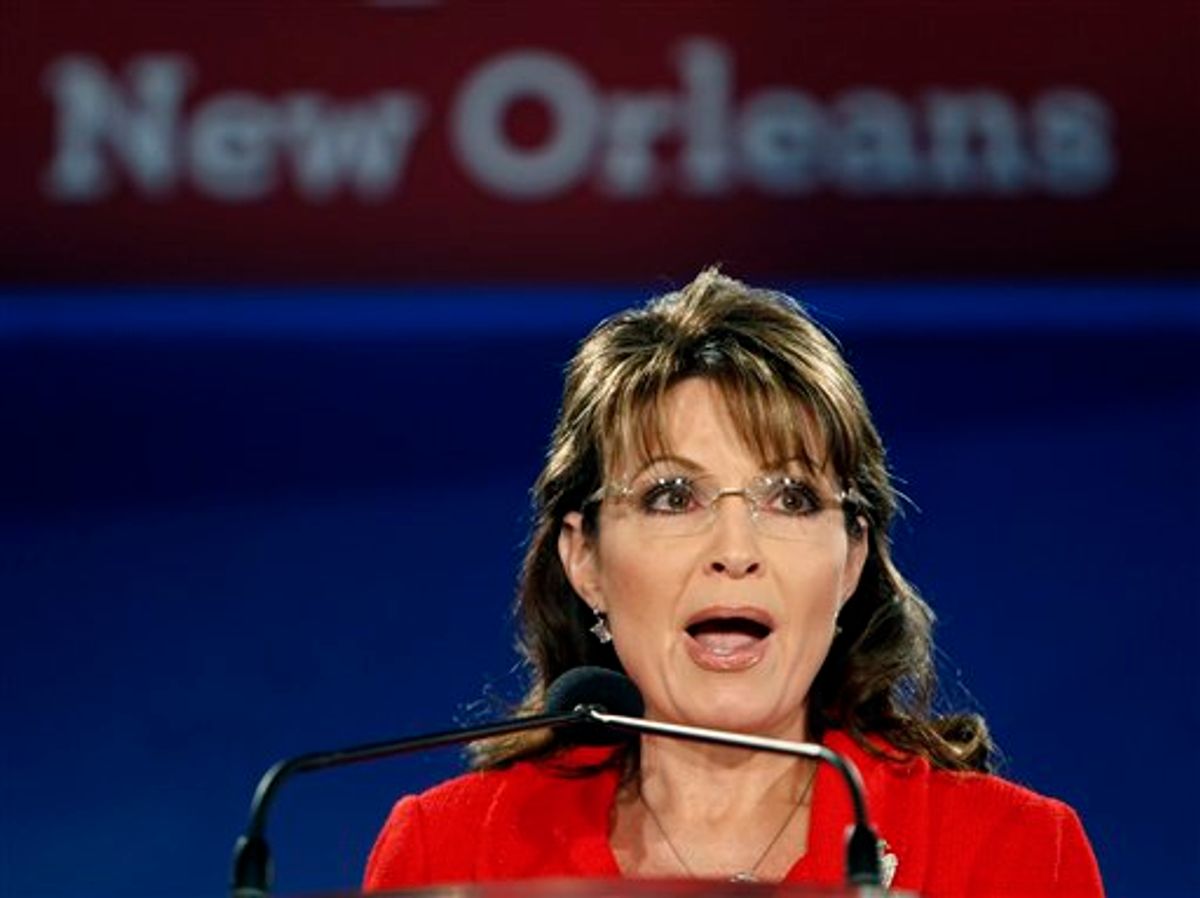 Walk out of the downtown Riverside Hilton where the Southern Republican Leadership Conference is holed up this weekend, turn left, and the Ernest N. Morial Convention Center is only a quick couple of blocks away. Five years ago, the center -- and the Superdome, just a few more blocks up Poydras Street from the SRLC gathering -- housed tens of thousands of survivors of Hurricane Katrina, stranded for days after the city's levees failed and neighborhoods flooded.

Which is what made the GOP's choice to come here this weekend a bit of a surprise, in terms of what political operatives call "optics." Katrina -- and the incompetent response of the Bush administration -- represented a turning point in the history of George W. Bush's presidency, when voters who happily handed him a second term only a year earlier suddenly realized that maybe there was something to the notion that he wasn't doing as good a job as his campaign ads proclaimed. Republicans have always loved gathering in New Orleans (the party held its 1988 convention here, nominating Bush's father). While Bush was still in office, it would have been impossible to imagine the party returning; two years ago, Republicans were so wary of the storm's political legacy that they canceled the first night of John McCain's nominating convention in Minnesota in case Hurricane Gustav damaged New Orleans while they met. Now, apparently, the GOP is so convinced that the city has fully restored itself from the storm that no one bothered to mention Katrina from the podium until the SRLC had plowed more than halfway through its agenda. With Bush receding into memory along with the storm, Republicans don't seem so touchy about either of them anymore.

After the first night of speeches passed with the storm unmentioned (as Politico's Ben Smith noted Thursday night), it fell to, of all people, Sarah Palin to remind the SRLC audience on Friday of what New Orleans had been through. "It's good to be here in the Big Easy," Palin said. "Hearing of the inspiring stories and people who have rebuilt and really revitalized and restored after Katrina, it's very inspiring."

After that, the references to the storm popped up in just about every speech -- Louisiana Gov. Bobby Jindal (who would have had to go out of his way not to mention it) pointed out the city had been through not just Katrina, but also Rita right afterwards. "Louisiana is doing better than ever before -- we're a state on the move," he assured the crowd. Texas Gov. Rick Perry did him one better, talking about how many people who escaped the floods relocated to Texas -- temporarily at first, but then permanently, after they found jobs there. "I said, 'Bring 'em on to the state of Texas,'" Perry said. "And my goodness, did they come... but what they found there was a state with open arms."

No one devoted their whole speech to the storm; no one had to. But taking some note of it seemed so natural that it was hard to figure out why the speakers before Palin hadn't. (One senior Republican aide admitted that "you'd think someone would" have brought up Katrina and the city's path toward recovery.) Conference officials didn't respond to questions about whether delegates had any organized opportunity to do Katrina-related community service while they were here.

"I just didn't mention it," former Rep. J.C. Watts, who spoke Thursday, told me Friday night when I caught up with him between interviews with right-wing radio hosts. "Being an old football player, I think those people in Katrina were probably appreciative of the fact that I acknowledged the Saints." (Watts felt so comfortable that Katrina was over with that he even praised Bush: "History's going to be kind to George W. Bush," he said Thursday.) There was a lot of "who dat!" Saints pride from the SRLC podium; Mary Matalin, the GOP operative, was wearing black and gold as she spoke Thursday. "The conference being here, the Super Bowl coming here, Landrieu's bipartisan, biracial election here -- all the measurable progress from schools to jobs here -- is living testament to the power of people, not the government," Matalin told me after her speech. "The confab is not about New Orleans, it's about the south, where the other states responded competently to Katrina and Rita."

There's no doubt that New Orleans in April 2010 has climbed back significantly from September 2005. The tourism industry that drives the local economy (along with oil and gas) is mostly back in business, with hotels and restaurants full with convention-goers and visitors. But the Census Bureau estimates the city's population is only 75 percent of what it was in 2000, and it may only barely make the list of the country's 50 biggest cities after the current count. There are still vacant houses with markings left from post-flood rescue efforts in some neighborhoods. Part of what helped Landrieu win the mayor's race in February was a general frustration over the pace of the recovery efforts and a desire for a fresh start on them. (A group of protesters angry about Jindal's cuts to hospitals that still still aren't beind funded at pre-Katrina levels planned to disrupt a high-dollar fundraiser he threw at Brennan's, in the French Quarter, Friday night.) There's a lot of work that's been done in New Orleans, but there's still a lot of work that's being done here, yet a lot of the rest of the country -- not just the speakers here -- seems to think it's all wrapped up.

"Five years is not that long to keep from referencing this, especially when you're practically on the site of what happened there," says Kevin Allman, editor of the Gambit, the city's alternative weekly newspaper. But it's not like the GOP is alone in treating the hurricane recovery as, essentially, old news. "I think New Orleans feels let down by the federal, state and local governments about Katrina, and I think the rest of the nation is tired of hearing from New Orleans on those issues."

If the GOP wasn't paying much attention to New Orleans, though, New Orleans was paying even less attention to the GOP. The French Quarter Festival, with live music stages (and beer stands) set up around the streets, drew far more people than the SRLC, even with its 3,000 or so delegates. This is, after all, a city where a convention ten times that big is pretty routine. But maybe the way New Orleans has responded to the SRLC is one more inspiring example for the rest of the nation: when Republicans come to your town, just stay out of their way, and keep partying.