What kind of mom "returns" her adopted son?

A U.S. woman who sent a boy back to Russia should be a reminder of the extreme challenges adoptive parents can face 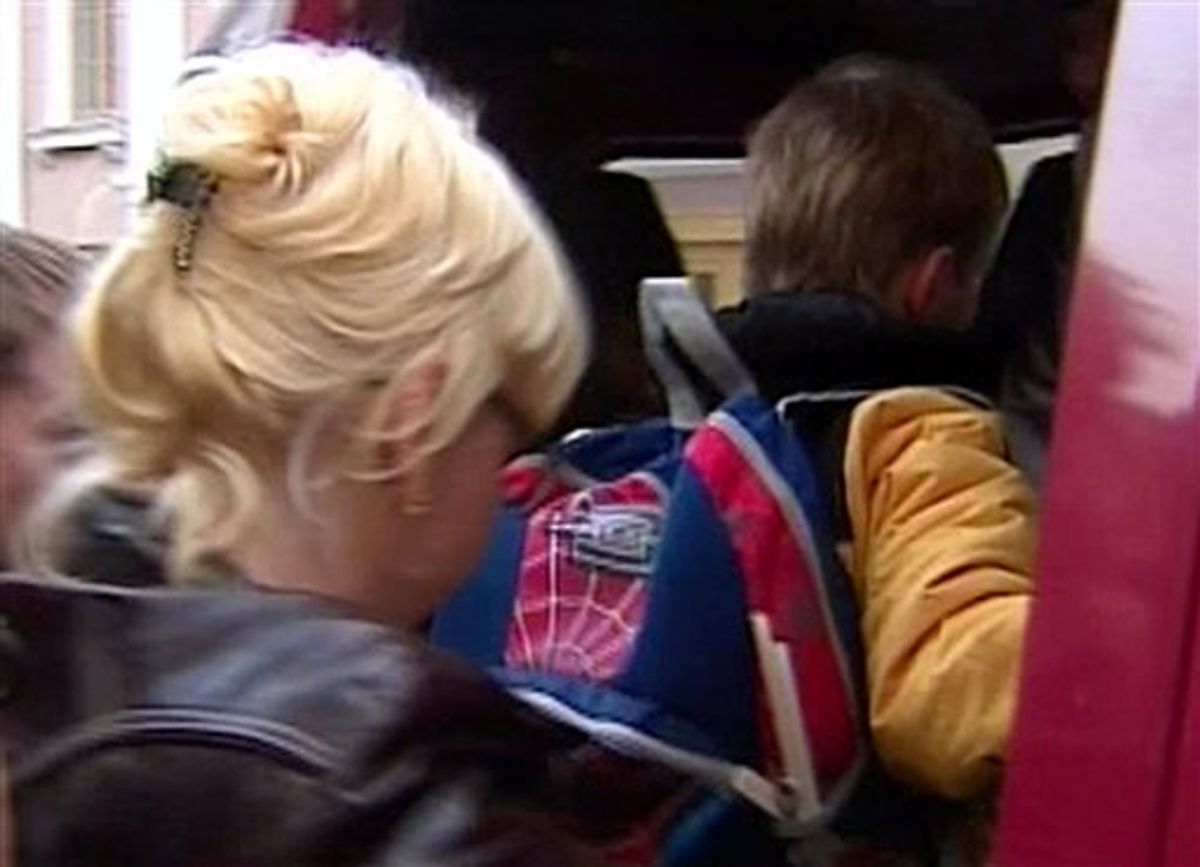 Earlier this week, a Tennessee woman put her adoptive son on a plane bound for Moscow. Seven-year-old Artyom Savelyev was accompanied only by a note announcing that the Russian adoptee was no longer wanted. As this shocking story gains steam around the world, the adoptive mother, Torry Ann Hansen, is meeting the full wrath of Russian authorities, who have called for a halt on all U.S. adoptions, and global outrage abounds over what appears to be very callous behavior. The case is about more than the heartrending actions of one woman, though, and raises questions about the international adoption market as a whole. It's clear, after all, that Hansen believes she was wronged in the adoption process. In the letter sent along with the boy, she wrote matter-of-factly:

This child is mentally unstable. He is violent and has severe psychopathic issues. I was lied to and misled by the Russian Orphanage workers and director regarding his mental stability and other issues. ... After giving my best to this child, I am sorry to say that for the safety of my family, friends, and myself, I no longer wish to parent this child.

Savelyev's adoptive grandmother also told the Associated Press that "the Russian orphanage officials completely lied ... because they wanted to get rid of him." After being adopted in September, the trouble began: "He drew a picture of our house burning down, and he'll tell anybody that he's going to burn our house down with us in it." She added: "It got to be where you feared for your safety. It was terrible." A neighbor reports that the boy had gotten in trouble recently for setting fires.

This is hardly the first time an adoptive parent has accused an orphanage or adoption agency of concealing information about a child; nor is it the first time a troubled adoption has raised tensions between Russia and the U.S. A total of 15 Russian children have been murdered by their adoptive parents in the U.S. since the 1990s.The phenomenon led Russia to bring adoptions to a screeching halt in 2006 while improvements were made to pre-adoption training and post-adoption checkups. Now, a similar overhaul is being planned, which is very welcome news. The sad truth, though, is that kids who are institutionalized like Savelyev have a higher likelihood of developing behavioral issues, according to researchers. They are also at greater risk for developmental and psychological problems. In orphanages, infants can be starved of critical stimulation and affection, which can hinder mental development and cause serious attachment issues; that kind of early trauma can actually rewire the brain's circuitry.

Add to all that the possibility of sexual and physical abuse. It's worth noting that Savelyev told his adoptive family that he had been beaten with a broom handle at the orphanage (although he's also told Russian child welfare officials that Hansen pulled his hair). All of these risk factors skyrocket the longer the child is kept in the institutionalized setting. Adoptees also often face a host of prenatal risks -- including maternal malnourishment, drug use and drinking. Savelyev was reportedly given over to the orphanage at age six due to his mother's alcoholism.

The truth is, I come to this issue with a bit of a personal bias: I know a couple that adopted and then raised a boy and a girl from Albania. The boy was still very young, dimpled and adorable when he was adopted, and the orphanage wouldn't let him go unless they also took the girl, who was several years older and had a birthmark covering most of her face. It was a trade-off: You get the "desirable" child if you take the "undesirable" one off our hands. Sadly, I think the girl's role in that compromise wasn't beyond her awareness or understanding. On top of that, her adoptive parents have well-founded suspicions that she was abused at the orphanage and, judging from the flat spot on the back of her head, left in her crib for extended periods of time. Unsurprisingly, she's grown up with major developmental delays and serious psychological issues -- to the point that they've recently considered having her institutionalized. Much like Savelyev's grandmother, they've told of living in fear in their own home. They had expected some serious challenges, some repercussions from the kids' early lives in the orphanage, but not this.

Of course, human beings can be incredibly resilient and most international adoptions have much, much happier endings. As Dr. Victor Groza, author of "A Peacock or a Crow: Stories, Interviews and Commentaries on Romanian Adoptions," said in an interview about his research: "About 20 percent of children [adopted from Romania] are resilient and show no obvious negative effects from early deprivation, 60 percent recover, and another 20 percent have many challenges," he continued. "This information can be interpreted two ways -- 80 percent of children do well or 80 percent of children have problems -- the glass is half-full or half-empty." Either way you choose to look at it, unless you've been there, it's hard to understand the sense of hopelessness an adoptive parent can feel when they discover the unimaginable depths of trauma their child has experienced. So, while we shake our heads and ask what kind of woman puts a 7-year-old child on a plane with a note relinquishing parental rights, it's worth taking a moment to also ask what kind of desperation leads an adoptive mother to do such a thing. It is tragic all around.