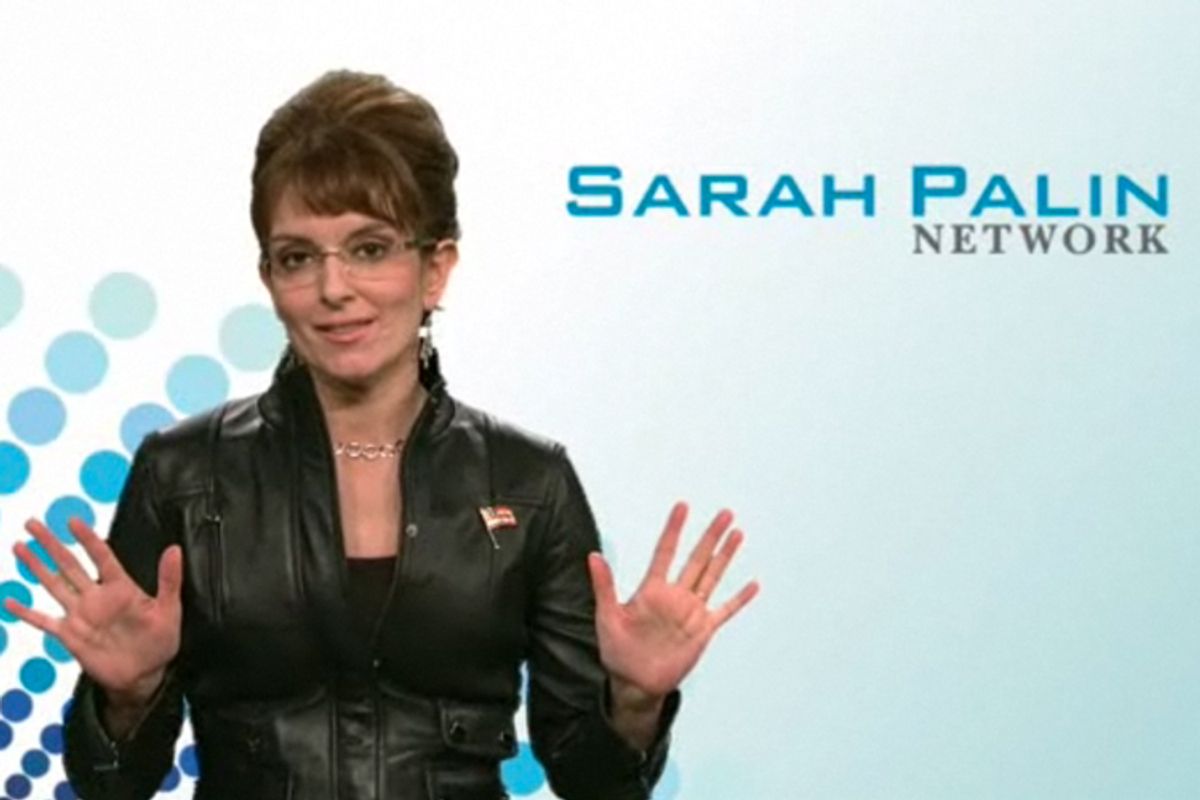 The only good thing about Sarah Palin's persistence on the national scene is that it keeps Tina Fey returning to "Saturday Night Live." Here she is, dressed in that fabulous leather jacket, introducing the new lineup for the "Sarah Palin Network." I won't ruin it by previewing all the jokes, but look for a New York cop show starring a big lug on a snow machine, a gotcha moment with Katie Couric, and "Elites," a show in which CSPAN footage is dubbed with the voice of the teacher from "Charlie Brown" (don't worry, that's funny even if you know what's coming.)

I have to say, I used to think Fey's Palin accent was a little overdone, in the service of comedy. Now that the half-term Alaska governor has fully gone rogue, and isn't even trying to be a national candidate, Fey's take seems a little tame. I guess that nails-on-a-blackboard voice doesn't make for good TV, even in the service of comedy. (Meanwhile, Mike Madden captured Palin and all the other GOP fun at the Southern Republican Leadership Conference this weekend.)

Bonus: Don't miss Fey delivering a "Women's News" segment, in which she declares it's progress for feminism that "the biggest bitch in Washington right now is John Boehner."