Woods had it coming

The Mickelson-monogamy storyline is silly, but Woods made his personal life fair game with that atrocious Nike ad 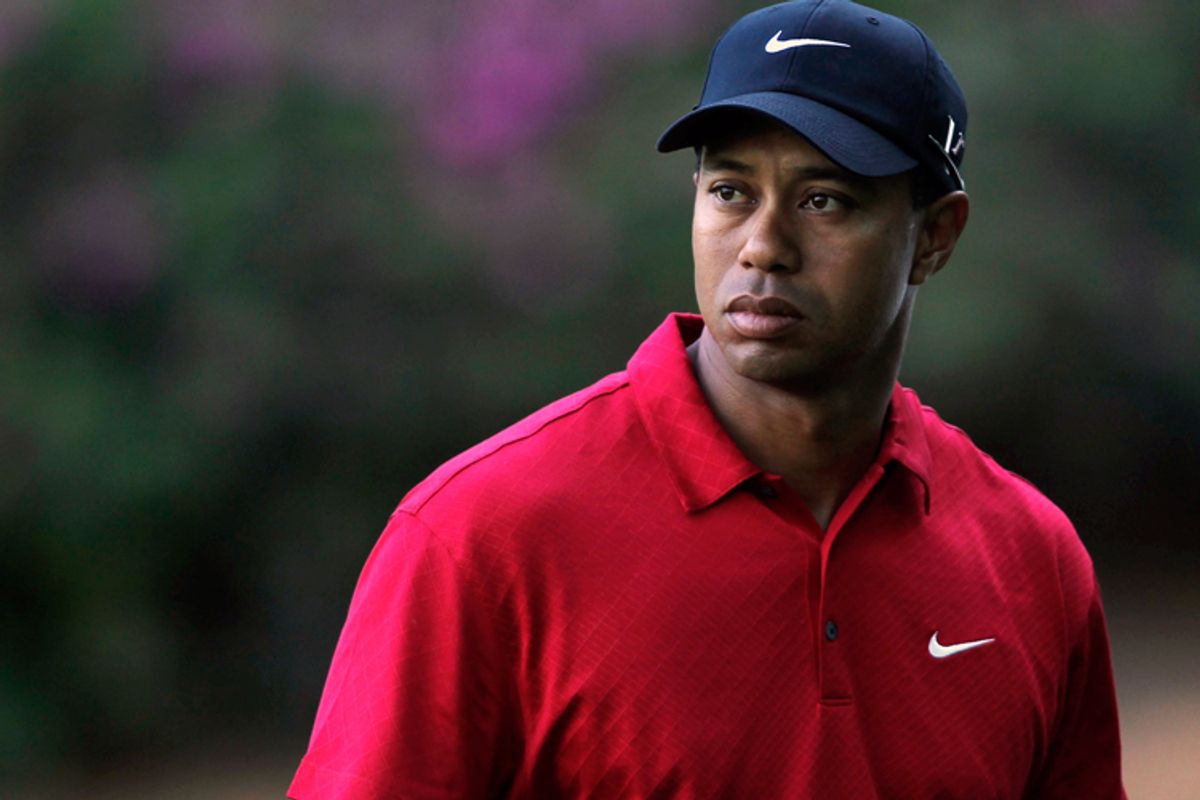 Tiger Woods walks off the 13th green during 2010 Masters on Sunday.
--

God forbid Phil Mickelson has a Bombshell McGee in his closet. Let's hope he's never visited a Hooters. Because if he has, a lot of sportswriters are going to have to retract the dreck they've written calling Mickelson's Masters victory a victory for monogamy -- and, yes, for women.

I'll let Ethan Sherwood Strauss run down all the silly prose linking Mickelson's victory over Cheatin' Tiger Woods to his standing by his wife, Amy, in her battle with breast cancer. Rick Reilly actually calls it "a lipstick sized victory" for women (note to Reilly: lipsticks are kind of small). Personally, I found the Mickelsons' hug after the Masters win very moving, especially given what they've been through together. But I wasn't aware that men standing by their wives with breast cancer was a rare occurrence (my own father did it 40 years ago, back before there were sensitive new age guys). And I likewise didn't know nice guys actually finish first. If Woods had won, would that be a victory for nailing every cocktail waitress in sight?

Still, I couldn't help thinking Woods had some of this coming -- not when he was revealed to be a cheater (that's none of my business) but when he used his dead father, Earl, in his Nike comeback ad. Until then, I mostly resisted moralizing. I found his February apology -- his recommitment to Buddhism, his insisting he was still out of golf, his long embrace with his mother -- believable and moving. So I admit I felt a little punked when he announced his return so soon (and hired Iraq war salesman Ari Fleischer to boot). But, whatever, it's his business.

OK, moralizing over. But with that ad, Woods gave up his privacy and made himself fair game. People are going to be asking him "have you learned anything?" for a long time -- and making funny mash-ups of that ad, too. My favorite Tweet Sunday came from the always hilarious pourmecoffee, who joked that Earl Woods was now asking: "How do you miss that putt? I'm a ghost and I could make that. Let's go to Hooters."