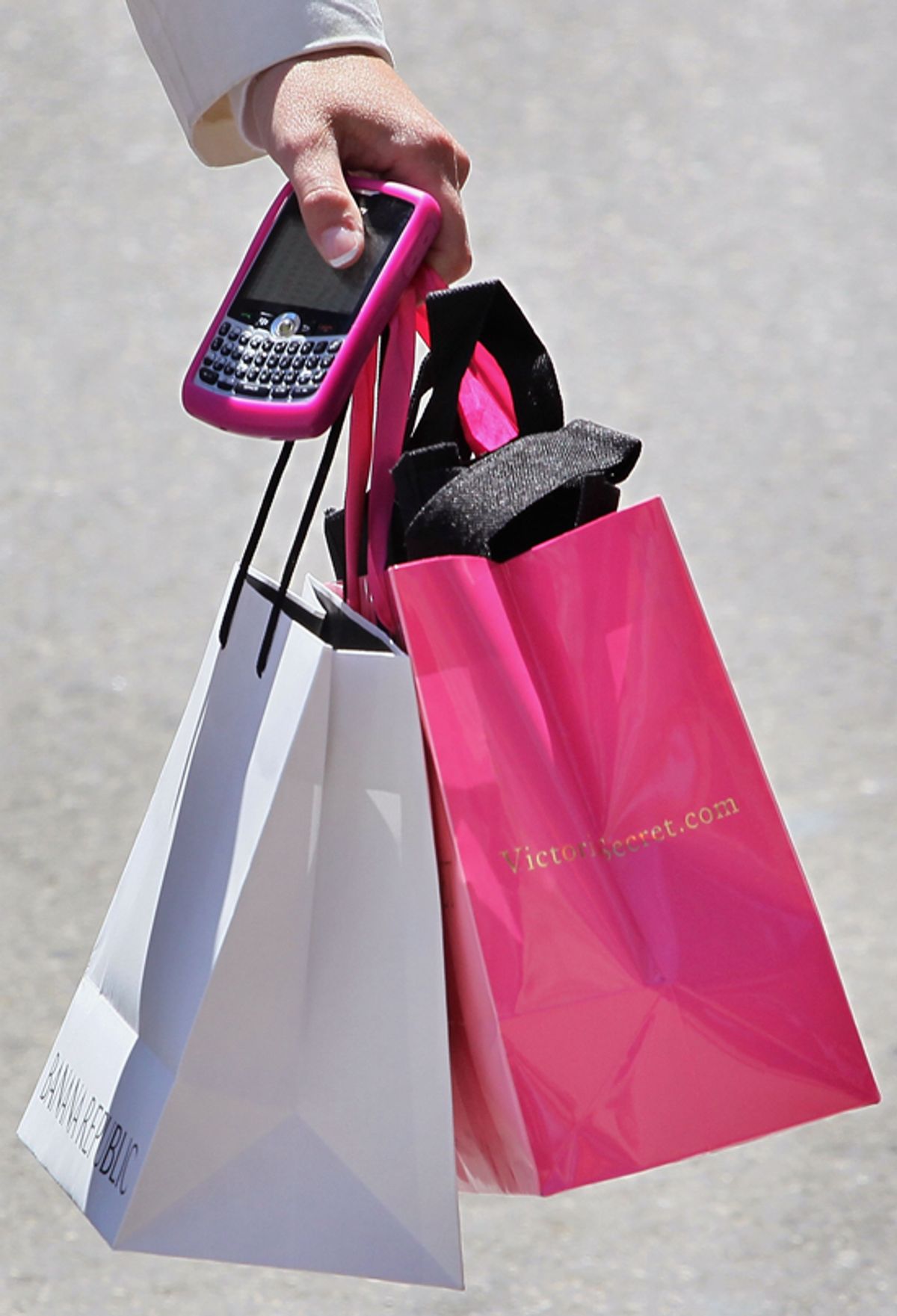 CHICAGO - APRIL 09: Shoppers carry their purchases along the Magnificent Mile shopping district April 9, 2010 in Chicago, Illinois. Recovering faster than other sectors of the economy, sales of luxury goods during March 2010 are up nearly 23 percent from a year ago but still remain well below March of 2008. (Photo by Scott Olson/Getty Images) (Scott Olson)
--

Brad DeLong is upset that the deficit is getting smaller. From a policy perspective, he writes, the fact that a combination of rising tax revenues and falling TARP spending mean that the Fiscal Year 2010 deficit could come in some $300 billion under the administration's projection is bad news. Unemployment is still far too high, he argues, which means that the administration got its fiscal policy wrong -- presumably, it had more room to spend additional funds on boosting job creation.

Budget guru Stan Collender chimes in, noting that the White House's decision to publicize the latest numbers from the U.S. Treasury signal that the administration has no plans to push further stimulus measures and wants to change the conversation to deficit reduction.

From a liberal perspective, the pivot from stimulus to deficit reduction offers a perfect opportunity to warn against repeating the mistakes of 1937, when Franklin Roosevelt short-circuited the recovery from the Great Depression by attempting, too soon, to balance the budget. But there's another story here that's not getting enough attention: The fact that tax revenue rose in February and March, (compared to last year) should be clear proof of why Keynesian fiscal stimulus is the right thing to do in a recession in the first place. It was good government in action.

The deficit isn't just a function of increased government spending. When workers lose their jobs and households cut back spending, the consequent constriction of demand ripples through the greater economy and tax revenue plummets. If the government takes steps to boost demand, the opposite happens. It's an age-old story -- you gotta spend money to make money. Rising tax revenues aren't an accident -- they are in part a direct consequence of stimulus spending.

Ezra Klein amplifies Brad DeLong's concern by arguing that if you swing toward actively pushing for further deficit reduction at the first sign of an economic recovery, you might "remove the very factors that are supporting the economy, which could in turn make the recession worse. So lower deficits during a recession could mean a worse economy, and higher deficits might be a sign that the government is willing to do what's necessary to get the economy back on track."

That's definitely a worry. But I think it's a moot point. The administration got as big a stimulus as it was likely to get out of Congress at the moment when it enjoyed the most political leverage, and the White House is no doubt fully aware that the political prospects for more aggressive government action between now and the midterm elections are effectively nil. So why not point out that the deficit picture is improving? It's the best possible defense proving that the White House did the right thing from the start.