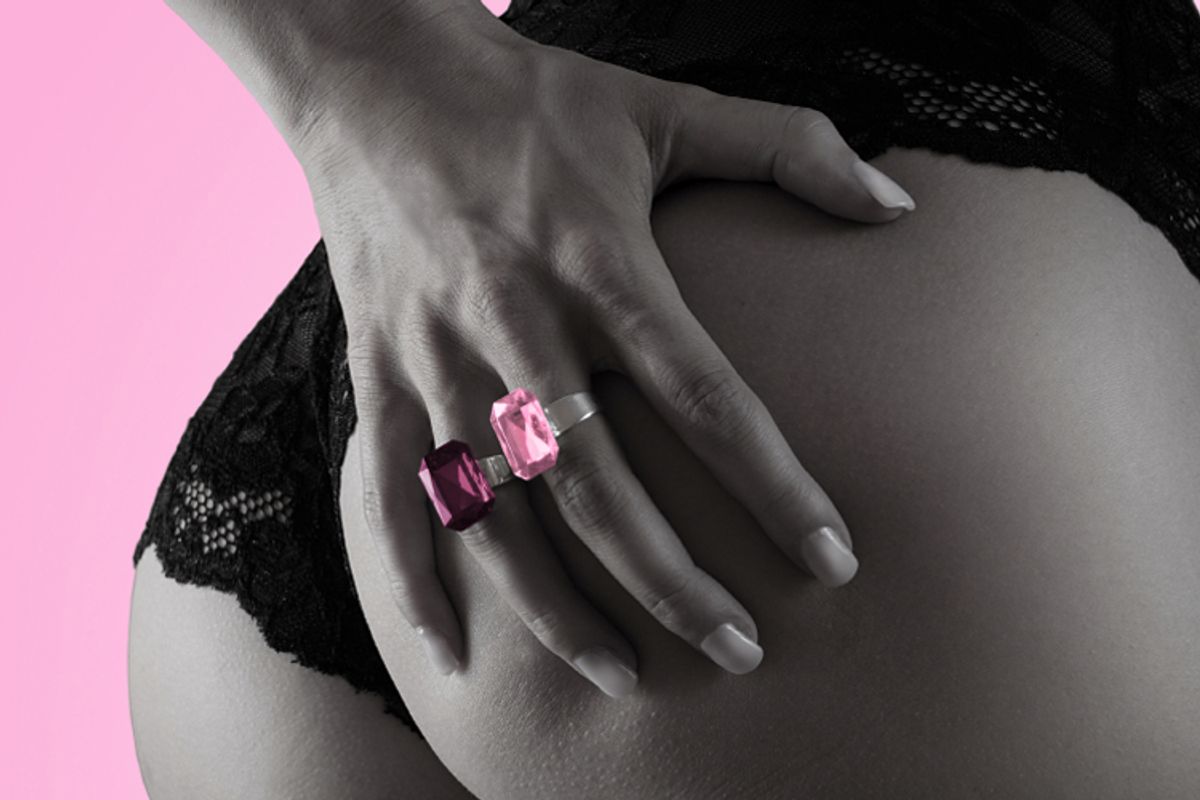 Yesterday, the New York Daily News reported that a Queens spa owner was being sued by a client who nearly died after a butt enhancement procedure. The customer, who went in to have fat harvested from her stomach and injected into her rump, developed abscesses and required emergency surgery to prevent a serious septic infection. It's not the first time butt augmentation procedures have been linked to serious complications, and even death. In February 2009, two Tampa women were treated for extensive kidney damage brought on by silicone injections in their buttocks. Last December, Solange Magnano, Miss Argentina 1994, died from a pulmonary embolism (a blockage to the artery of the lung) resulting from a botched buttock lift.

So, why all the horror stories about these butt-filling surgeries? Is butt augmentation a particularly risky procedure?

As it turns out, it's not necessarily the procedure -- it's who's behind the knife. The risks of buttock augmentation are similar to those of any other invasive cosmetic surgery, if done in an environment with, you know, actually certified surgeons and sterile conditions. The rising popularity of butt enhancement operations coupled with an underground of unlicensed practitioners leads to people seeking budget ways to get bigger booties, and, no surprise, these surgeries often go awry.

According to Dr. Sydney Coleman, an Assistant Professor of Surgery at NYU and a specialist on fat-grafting cosmetic procedures, many off-license practitioners don't have the skills or the time to do the procedure correctly. "You really should know what you're doing when you're moving fat around," Coleman said. "You can't just squirt in a glob. You have to put in little amounts with each pass. If you squirt in a blob, the center dies and you get fat necrosis, which can lead to infection. For someone to do it properly it takes at least 2 and a half to 4 hours. People in a spa are not going to do that."

But perhaps the biggest culprit in post-augmentation illnesses and even death is industrial silicone injections. "This type of silicone's never been approved for use for anything except injecting into a retina after retinal detachment surgery," Coleman explained. "As used off-label, especially in the buttock, it's extremely unstable." Commercial-grade silicone injections aren't approved by the FDA, and can cause permanent disfigurement and even death as the product migrates into the bloodstream and lungs.

According to Dr. Renato Saltz, president of the American Society for Aesthetic Plastic Surgery, it's a major issue.

"We see people show up in the emergency room with abscesses…We only see them when they're very sick or dead. It's an industrial material, and your body will react to it as a foreign body. We used to mostly see it in individuals coming from Central and South America, but now it's happening more in the U.S. I can't tell if there are more patients with complications, but we're definitely hearing more about it." Saltz said.

We can argue all day about plastic surgery -- that it's a blight on humanity, that it's a miracle of modern science, that it's a woman's choice -- but it's heartbreaking that anyone going in for a cosmetic procedure would die from it.