The embattled Senate majority leader has his reasons for predicting victory in the fall. But they don't add up 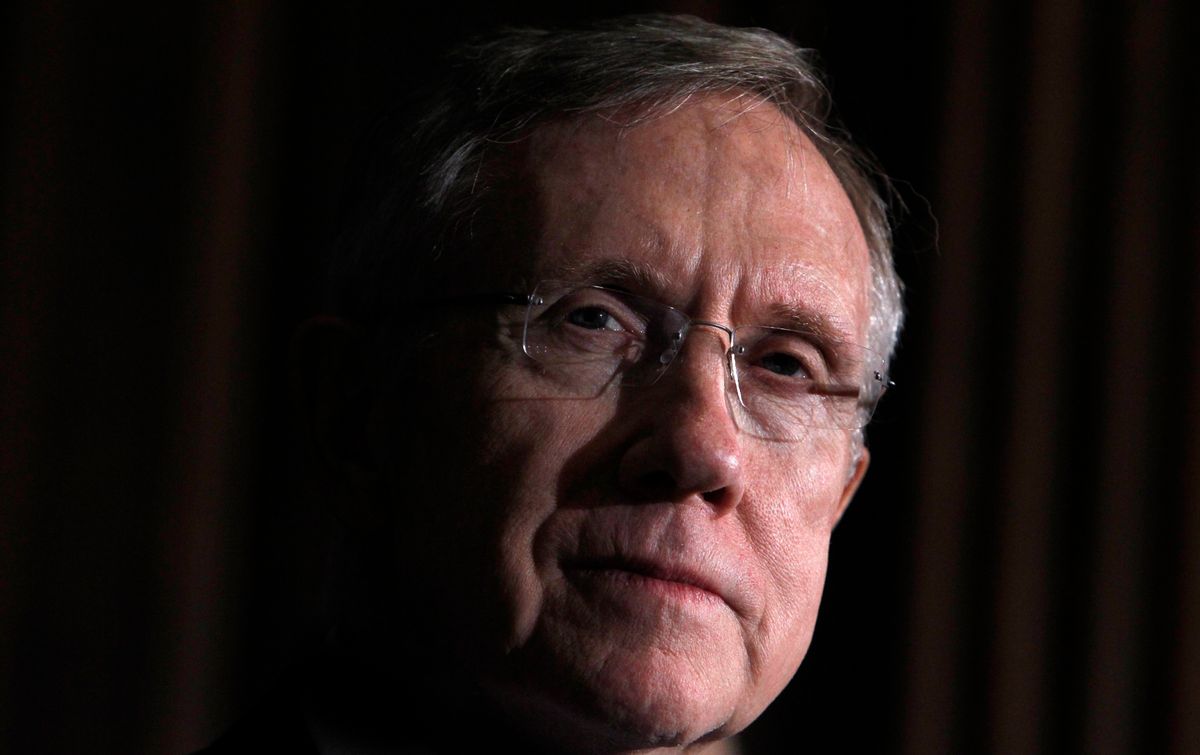 It’s been many months since Harry Reid was on the winning end of a poll against his most likely Republican opponent, former Nevada GOP Chairwoman Sue Lowden. So it’s quite the display of chutzpah when he claims -- as he did this week -- that if the election were today, he’d win. After all, the most recent poll from his local newspaper, the Las Vegas Review-Journal, has him trailing Lowden 46-38. So does he know something we don’t?

Reid’s purported confidence stems from the prospect two other candidates on the fall ballot eating up the rest of the electorate’s votes.

One is Jon Scott Ashjian, the candidate of Nevada’s newly-created official Tea Party. Ashjian may not be the best horse for Reid to bet on, though. For starters, Ashjian, who’s right now facing felony charges for writing bad checks, may be likelier to be in jail in November than on the ballot. There’s also the reality that third-party candidates, ranging from John Anderson in his 1980 presidential campaign to Chris Daggett in the 2009 New Jersey gubernatorial race, tend to flame out at the end, falling far short of their pre-election poll numbers on Election Day as voters worry about wasting their votes. (For what it’s worth, Ashjian takes 5 percent of the vote against Reid and Lowden in the most recent survey; he also takes 11 percent against Reid and Danny Tarkanian, the less-likely GOP nominee, helping Reid to tie Tarkanian 39-39.)

The other candidate Reid is banking on isn’t even a human: it’s “None of the Above.” Nevada is alone among states in having this as an option on every ballot. NOTA, as it’s often called, isn’t a very fearsome opponent; it almost never wins (its biggest victory was probably the 1976 Republican primary for Nevada’s only House seat, where NOTA got the most votes) and even if it does, it’s non-binding, so the second-place human finisher wins the race instead of there being a do-over. Reid may be remembering his 1998 race, when he narrowly beat John Ensign (elected in 2000 to Nevada’s other Senate seat). Reid won 47.9%-47.8%, while NOTA finished 3rd at 1.8 percent.

Still, NOTA’s 8,125 votes vastly exceeded Reid’s 428-vote margin. However, there’s no reason to think NOTA will ride to Reid’s rescue in 2010. Unlike the Tea Party candidate, who should attract mainly Republican-leaning votes, NOTA’s support figures to cut equally across the political spectrum. For every right-winger who votes for NOTA instead of RINO Lowden, there may be just as many centrists wishing poxes on both major party candidates, or liberals unhappy with Reid’s stewardship of healthcare reform.

Reid needs a vast improvement in his own share of the vote to hope for a victory in November.