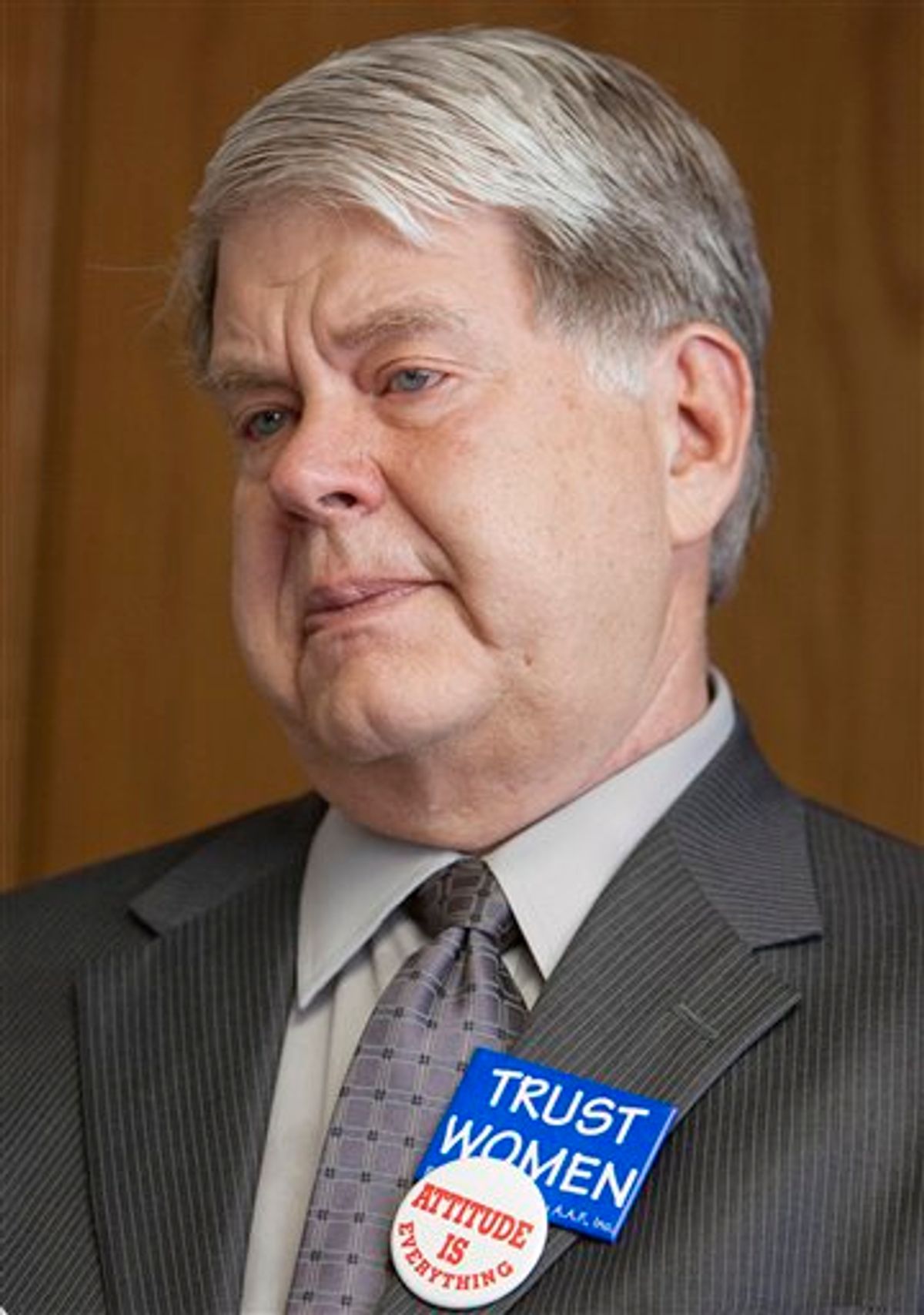 FILE - This June 2, 2009, file photo shows Nebraska abortion provider Dr. LeRoy Carhart at a news conference in his Bellevue, Neb., office. A determined group of state lawmakers is pushing legislation that would make Nebraska the first state to limit so-called late-term abortions based on the belief that a fetus feels pain during the procedure. If the Nebraska bill becomes law, it is expected to ignite a court challenge that could reach the U.S. Supreme Court _ where Cahart has twice gone to challenge laws restricting abortions.(AP Photo/Nati Harnik, File) (AP)
--

On Tuesday morning, Nebraska passed a bill outlawing abortions at 20 weeks based on the belief that fetuses begin to feel pain at that stage. By the afternoon, Gov. Dave Heineman signed it into law, along with a separate bill requiring a mental health screening before terminating a pregnancy. The former marks a dramatic legal shift: abortion restrictions in the state are now based on fetal pain as opposed to viability. Don't doubt for a minute that activists are hoping to effect the same change nationwide. As Nebraska Right to Life director Julie Schmit-Albin told the Times: "What we didn't know in 1973 in Roe versus Wade ... we know now."

But what, exactly, do we know now? Anti-abortion activists claim that fetuses feel pain at five months gestation, but, as the Times reports, the American College of Obstetricians and Gynecologists "says it knows of no legitimate evidence that fetuses experience pain." The paper also quotes Caitlin Borgmann, a law professor at The City University of New York, as saying: "There is certainly no solid scientific evidence establishing that a fetus can perceive pain at these earlier stages, so any court decisions to uphold such broader laws could only do so by disregarding the importance of good scientific evidence."

No legitimate or solid scientific evidence, you say? It's good enough for Nebraska, but here's hoping the rest of the country has higher standards.