A year ago, "tea party" emerged as a right-wing brand with electoral potential. And a GOP firm planned its rip-off 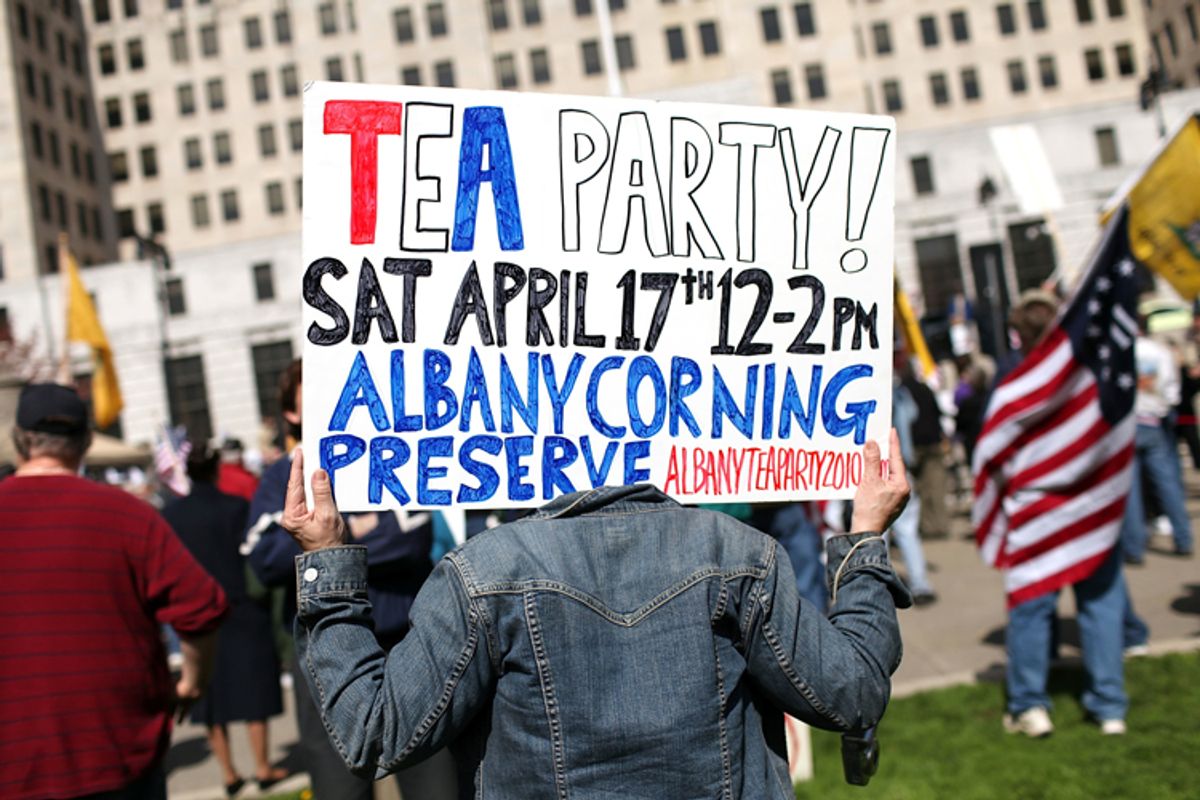 Meet the new boss, same as the old (Republican) boss. Or so disgruntled tea party activists worry, according to an excellent  report in Politico today on the true origins and control of the Tea Party Express operation by major California-based GOP consultants Russo Marsh & Rogers. Manipulation of the would-be revolutionaries of the right by the Republican establishment's usual suspects isn't exactly shocking news. But Politico's Kenneth Vogel has unearthed an RM&R memo by Joe Wierzbicki that shows how boldly they planned the takeover.

Written a year ago, following the first tea party protests, Wierzbicki's memo proposed to use the bus tours that became the Tea Party Express as a vehicle to promote Our Country Deserves Better, a PAC controlled by the consulting firm, and to position the firm for the 2010 elections. According to Vogel, the plan has been a huge success. The Russo firm's PAC receipts rose from $600,000 in the six months preceding the Tea Party Express launch last July to $2.7 million in the six months that followed. Naturally, a lot of that money has flowed into the pockets of RM&R for services to the PAC and the Tea Party Express.

For angry activists who prefer their right-wing politics unadulterated by partisan scheming, the RM&R scheme is an outrage. Vogel quotes the PAC's former director, Kelly Eustis, complaining that the consultants are using the PAC and the Tea Party Express as a cash cow, "keeping the firm afloat." After being fired from the PAC, Eustis started his own rival PAC and went to work as a consultant for the Tea Party Patriots, a grass-roots group that regards the Tea Party Express as frauds and interlopers. His former colleagues at RM&R, said Eustis, saw the Tea Party as nothing more than "a brand name. We stole the brand name to make money."

Coming from Sal Russo and company, none of this is surprising. They are practiced masters of sleaze and concealment, having played a role in the swift boat nastiness of 2004 and the Move America Forward campaign that culminated in San Francisco radio host Melanie Morgan, a longtime RM&R associate, hoping for the execution of New York Times executive editor Bill Keller in a "gas chamber."

Russo insists that he is not greedy but "cause-oriented," and perhaps he is. But the tea party activists ought to understand that as a populist leader, Russo is really just a partisan hireling. In a long career he has helped many Republicans including former Sen. Alfonse D'Amato, former New York Gov. George Pataki, and former New Jersey Gov. Christie Todd Whitman, whose respective records on government, taxes and spending hardly reflect tea party dogma. With cynical hacks in charge of their movement, it can be nothing except a partisan front.