Was John Lewis called a "nigger" by tea party protesters? "I believe John Lewis believes he was." Huh? 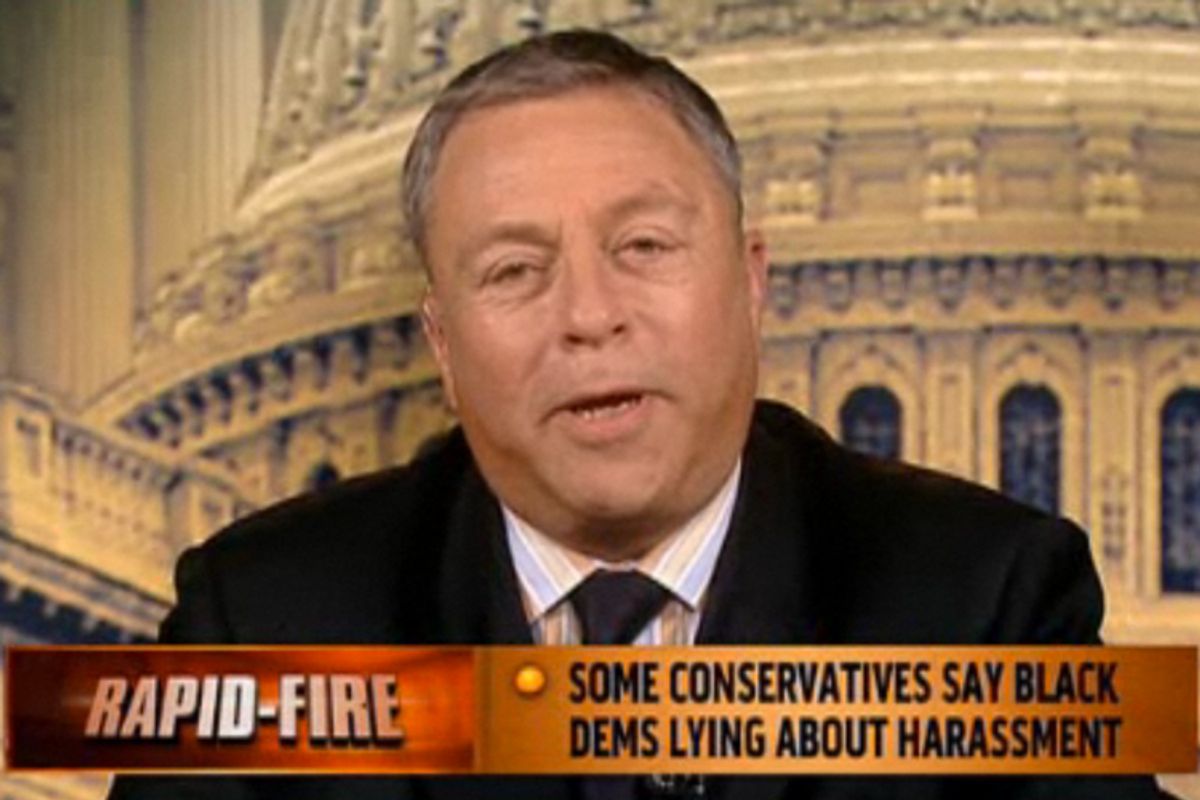 As I wrote yesterday, I'm appalled by conservatives like Andrew Breitbart, who call Rep. John Lewis a liar over his account of having been called "nigger" during tea party protests. Three congressmen, one of them white, back Lewis's account. The video Breitbart was peddling to "prove" it didn't occur did no such thing. To call the civil rights hero a liar is appalling to me.

The only thing worse than flat out calling Lewis a liar might be Tony Blankley's effort, on MSNBC's "The Ed Show" yesterday, to suggest he may be delusional -- "I believe John Lewis believes he was called the N-word," Blankley told us. The real scandal, Blankley said, was that Lewis and other Democrats are using the cry of racism to energize their base. Excuse me? A man who had his skull fractured 45 years ago on the Pettus Bridge in Selma, fighting for civil rights, can't be trusted about whether he heard the word "nigger?" And/or he's craven enough to use such a charge just to rile up the Democratic base? I told Blankley what I thought in the video, below.

Oh, and Dan Riehl and Instapundit are really, really angry at me. They say I called Breitbart a shoe shine boy.

"Why is Joan Walsh injecting such vile, racist terminology into our nation's political discourse?" Riehl huffs today. I did no such thing! I said Breitbart wasn't fit to shine Lewis's shoes, meaning he is SO not a shoe-shine boy. Hope that helps.