Is criticism dying? Maybe, sort of. OK, yes. Nobody cares! Write about movies, instead of your wounded pride 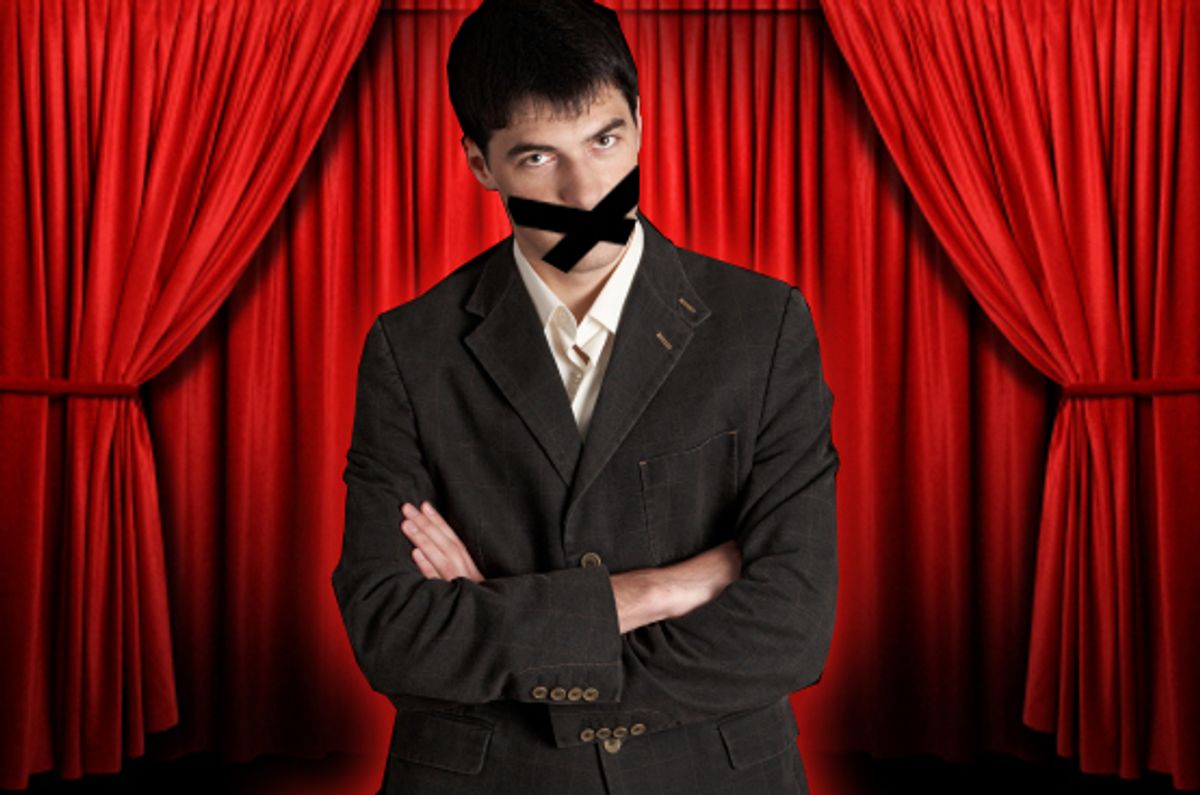 If film criticism really is dying, it's doing so with all the dignity of a bunch of clucking old hens, squawking in despair while the fox gnaws his way through the wire. I myself have participated in three panel discussions in the last three years about the dire plight of people who get paid to write about movies other people make -- attended primarily if not exclusively by other critics or aspiring critics -- and there must have been dozens more. No self-respecting film festival, it seems, is complete without one.

This meme has been growing in intensity (and tiresomeness) for four or five years, ever since it became clear that new forms of media were eating away the business model of print journalism and that the elite cadre of professional cultural critics was being swamped by the blogulous hordes of InterTwitterMcGoogleyness. Do I really have to keep writing this paragraph of background explanation? I didn't think so. Thanks! (Salt Lake Tribune blogger Sean P. Means maintains an online list of downsized film critics that now includes 65 names.)

But the last month or so has seen an outburst of self-love and self-loathing to rival the Lost Generation of Paris in the '20s, except without all the midnight parties, bisexual love triangles and terrific writing. In a gasbaggy, glass-half-full March 31 essay about the demise of the syndicated TV show he co-hosted, A.O. Scott of the New York Times quotes Coleridge and T.S. Eliot and describes this theme as "the larger threnody lamenting the death of criticism." Toward the end of the piece, he really gets his threnody thrumming: "Criticism is a habit of mind, a discipline of writing, a way of life -- a commitment to the independent, open-ended exploration of works of art in relation to one another and the world around them." I often enjoy Scott's writing, and can only hope he means this stuff as droll self-deflation. It ain't droll enough.

Scott's article, especially coupled with last month's announcement that showbiz bible Variety was canning its estimable film critic, Todd McCarthy, after 31 years, has occasioned more thoughtful thumbsucking than you'd find in a Montessori kindergarten. Brandeis University scholar Thomas Doherty crafted a weighty think-piece for the Chronicle of Higher Education, and Ronald Bergan offered an articulate defense of the profession (or avocation, or line of bullshit, if you prefer) in the U.K. Guardian. A few days ago Washington Post media critic Howard Kurtz got into the act, a few days late and many dollars short, rehearsing the tired old-media dinosaurs vs. blogger upstarts arguments with all the cluelessness that has made him a favored target of Salon's Glenn Greenwald.

In a particularly unfortunate generational collision, indieWIRE critic and blogger Eric Kohn wrote a half-baked, ruminative essay on the topic for Moving Pictures magazine, which was then picked apart with jesuitical fervor on the National Arts Journalism Program blog by former Premiere critic Glenn Kenny. Subsequent exchanges on Kenny's blog and elsewhere degenerated into name-calling and accusations of ethical malfeasance: Critics over 40 are grumpy, outmoded graybeards, running late for the 4:30 dinner special at Denny's! Critics under 40 are balls-sucking festival shmooze-whores with no morals and no education, who think Pasolini designs sunglasses! (Disclosure: I'm on cordial terms with both Kohn and Kenny, or at least I was until now.)

I guess the apogee of all this self-regard arrives in "For the Love of Movies," a film about film critics by critic-turned-director Gerald Peary, in which scribes from the Bronze Age to the Internet Age ponder the whithers and wherefores of their crippled profession. (It's just out on DVD.) I won't deny watching Peary's movie at a festival last year with a certain queasy fascination, but then I suppose I am the target demographic. I'm pretty sure a movie about philately or corneal-transplant surgery would possess more appeal for a general audience.

As Vadim Rizov recently quipped on the IFC.com blog, the only thing missing is one of those YouTube videos where Hitler hears that film criticism is dying. I can't provide that, but I will offer some unsolicited advice to my fellow critics all around the world: Shut up. Shut up now. Shut the fuck up and get back to work. If you're worried that people don't want to read your movie reviews, what in the name of Jesus Christ crucified makes you think they want to read your bitching and moaning? All this stuff is doing, at least at this point, is creating opportunities for feel-bad encounters with other anguished critics and drive-by trolls, and making you look like a bunch of ginormous great babies.

I've worked as a film critic, on and off, often between and around other jobs, since the late 1980s. For the last few years, I've been writing and blogging in a role that was closer to independent-film advocate than straightforward critic. With the departure of my dear friend Stephanie Zacharek for her new gig at Movieline (where she will be awesome), I will once again take on a larger role in reviewing movies for Salon. It's a great gig, and I'm delighted to have it.

But film criticism, at least meaning the elite cultural institution pioneered by Manny Farber, James Agee and Pauline Kael, had a nice 50- or 60-year run, and is now a thing of the past. My opinion about whether that's a good thing or a bad thing isn't interesting to anyone, least of all me. Writing about movies requires no particular expertise or training, and as we've learned over the past decade, any idiot with an Internet connection can and will do it. Will there continue to be a market for those who can do it better than others? Probably, ultimately, over the long haul. I don't know. It depends what you mean by "better."

At the very beginning of my writing career, I learned one thing: Film criticism is a kind of performance, an adjunct form of entertainment. If it isn't funny and lively and engaging, it isn't anything at all. My first gig was writing brief reviews for a community newspaper in San Francisco, spending my own money to attend matinees and then writing them up. The rules were simple: If the publisher of the paper -- a gay businessman in his 50s whom I never met in person -- thought my reviews were funny, they'd get published. (And I'd get paid: $25 per movie.)

Let me make clear that I would agree with virtually any theoretical argument that a defender of old-school film criticism could make. Critics should be educated about the wider world, should know a lot of film history and a little film theory, should be more concerned with the "whys" and "hows" of a movie than with the "whats," should seek to spark debates and disputes and challenge the audience's preconceptions. Check, check and check. Sign me up. But reviewing movies is a lot more like performing stand-up comedy than like delivering a philosophy lecture. None of those grand ideas even begin to matter if you're boring and you can't write.

If I had a model, it wasn't Kael or Agee (whom I'd barely heard of) but the late John L. Wasserman, a college dropout who became the San Francisco Chronicle's lead critic in the '70s. He passionately defended movies he loved, and launched wicked, hilarious, legendarily unhinged rants against those he found insulting garbage. Wasserman died on the freeway in 1979, with a blood-alcohol level of 0.26 (taking two other people with him), so he was a negative example as well. But if I went into this job with ideas about how to be a critic, it was he who put them there.

I'm convinced that writing reviews for that middle-aged businessman in that little back office on Octavia Street was valuable training. Fortunately, he thought my review of "The Secret of My Success" (with Michael J. Fox and Helen Slater) was funny, or at least funny enough for 25 bucks. A few days later I got to see two women sitting together on a Muni Metro train, reading my review and cracking each other up. It was the first real compliment I ever got, and in many ways it still means the most. Would I have been better off going to law school? That's possible. But as long as the world lets me do this, you won't catch me complaining.