AP says the Army will now collect items left on the graves of Iraq and Afghanistan veterans, but doesn't say why 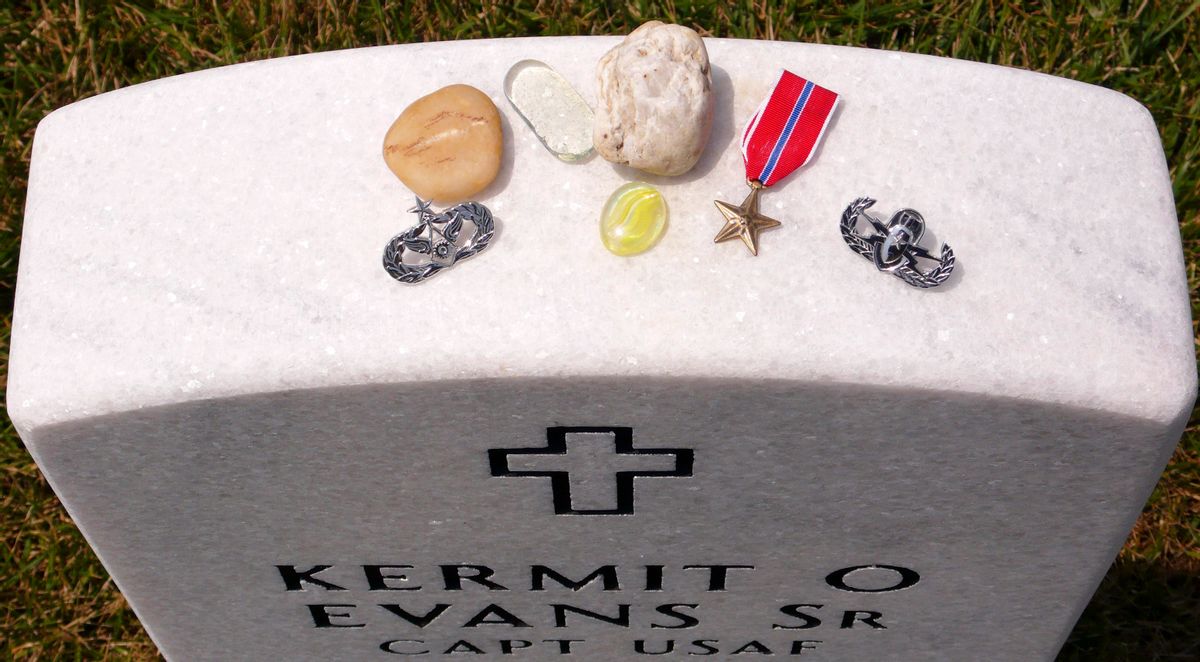 On Wednesday, the Associated Press reported on a new Army program to collect, archive and preserve the artifacts left by grieving families in Arlington National Cemetery's Section 60, where veterans of current conflicts in Iraq and Afghanistan are buried. The effort is similar to the policies in effect at the Vietnam Veterans Memorial. The article showed Army curator James Speraw "choking back tears" as he collected the notes, photos and other items left by mourners.

To read the AP article, it would seem the Army just suddenly decided to care about Section 60. "Because there (previously) were no collection procedures in place, most of the items left at grave sites simply ended up in the trash," the article admitted. "That changed in the early fall when the (Army) quietly stepped in at the request of then-Army Secretary Pete Geren."

That's not the whole truth. In July, Salon began reporting on management problems at Arlington, which led to a sweeping inspector general investigation. In the very first story package, we zeroed in on Section 60.  One article showed how, to the chagrin of family members, the Army was throwing away almost all of the photos, cards, letters, medals, artwork and other mementos left there, unlike similar mementos left at the Vietnam Veterans Memorial. Asked whether the Army had considered archiving all the mementos, as is done with items placed at the Vietnam "Wall," a cemetery historian told Salon, "No."

Wondering why the AP had omitted Salon's earlier reporting in its feature on Arlington's new Section 60 policy, we called AP editor Sonya Ross. She insisted the story was fine. "We cannot solve world hunger with every story," she said. "The story we have is fine as it stands and we are not changing it." Then she hung up on us.

When Salon learned about the Army's new efforts to collect the items left in Section 60, we called spokesman Gary Tallman, requesting access to the Army officials involved to document the Army’s efforts on this project. Tallman said the Army was not ready to see the program in the news at that time. In telephone conversations with Tallman at the time, it seemed clear that the Army had started collecting the items because of the Salon article on the subject.

On Thursday, Salon asked Tallman on the record if the program described in the AP article was a result of Salon's report. Tallman shot back a one-word response: “No.”