Charlie Crist flunks himself out of the Republican primary

Fla. governor and hard-pressed Senate candidate vetoed a right-wing education bill. So when's he dropping out? 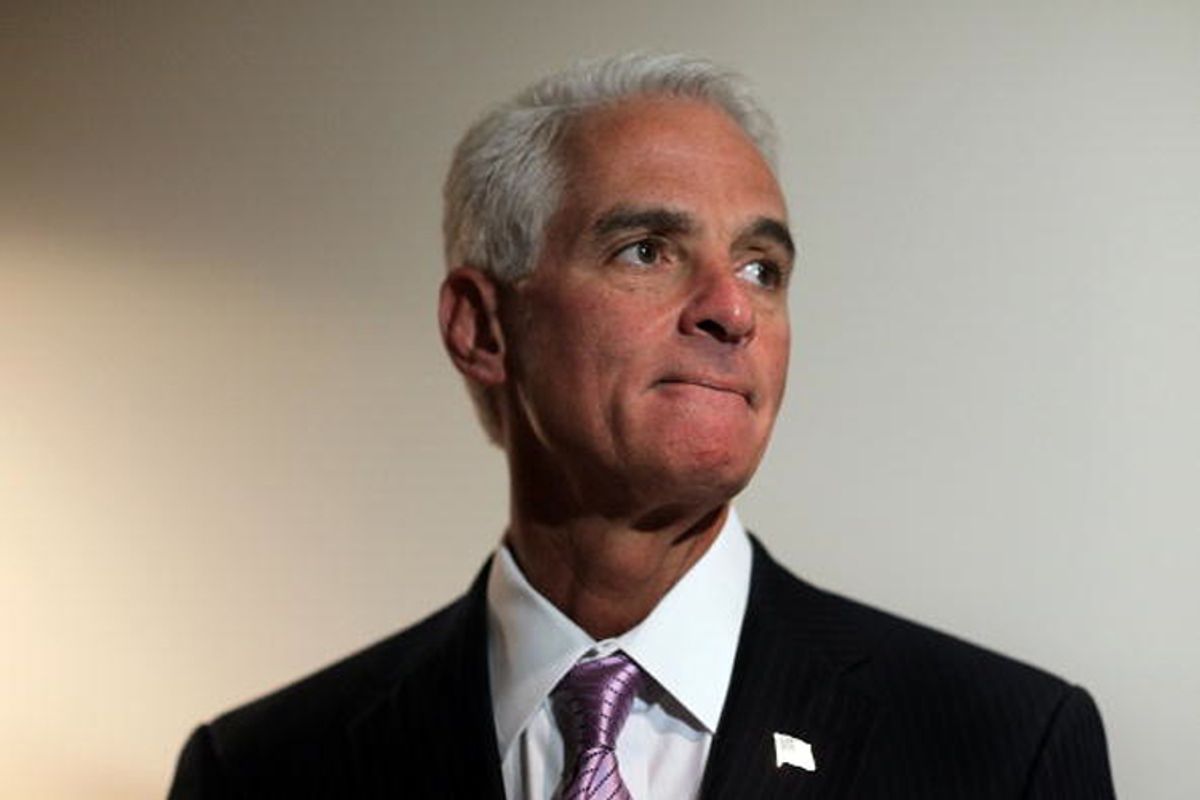 For conservatives, teachers unions play a role comparable to what, say, Halliburton represents to liberals: a menacing, shadowy influence that is better organized and networked than anyone else around. GOP candidates can always count on applause when they promise to stick it to the teachers union.

Which is why it seems odd that Florida Gov. Charlie Crist, in the midst of a now-uphill primary battle for the Republican nomination for Senate, just vetoed a bill that does exactly that -- sticks it to the teachers. The legislation eliminated traditional tenure and linked teacher pay to test scores. These are precisely the favorite prescriptions of conservatives whose diagnosis of problems in education always comes down to blaming lazy teachers.

Crist argues that the bill was shoddily written and overreached, but it’s still hard to wonder what he might be thinking. His primary opponent, Tea Party favorite Marco Rubio, supports the bill, and will use Crist’s veto as a bludgeon from here through the August primary. As Michael Tomasky points out in the Guardian America, this move actually puts Crist to the left of the Obama administration on education reform.

So it's hard not to think that, in keeping with the endless speculation, Crist isn't planning to stay in the Republican primary. If he splits, and runs as an independent, he may well be able to count on teachers union support in a three-way general election thanks to this veto.

Crist's campaign is thus far not talking about an independent bid, and insists that there are good conservatives who opposed the education bill. Said a spokesman, "Not every Republican in the legislature was for this bill and there has been an outpouring from the most conservative of Republicans against the bill as well."

There’s apparently some truth to this. A Miami Herald article earlier this week found Florida Tea Party activists opposing the bill because its administration would require consolidating the statewide education bureaucracy, at the cost of local school boards.

But to say that the veto might actually "aid Crist's Senate bid," as the Herald suggests, is a stretch. And it's simply out of the question that Tea Party types would rally to Crist at this point, even if they did actually oppose this bill. To them, he's the poster child of big-government Republican collaboration. His prominent support of the stimulus bill probably sealed his fate with this group, regardless of the education bill. Besides, the evidence still mainly suggests that the GOP’s right-wing base will be hostile to Crist's action -- in no small part because it comes from Crist. His own campaign chairman, former Sen. Connie Mack, resigned yesterday over the veto.

So either Crist -- long known as a consummate pragmatist -- is actually a remarkably courageous figure, or he's not running in the Republican primary. Place your bets, folks. If you ask me, the campaign must have some game plan for getting out of the race, but this feels like a months-long removal of a band-aid. Just do it already!