The far-right ALIPAC doubles down on its campaign against the S.C. Republican, which is slimy even by its standards 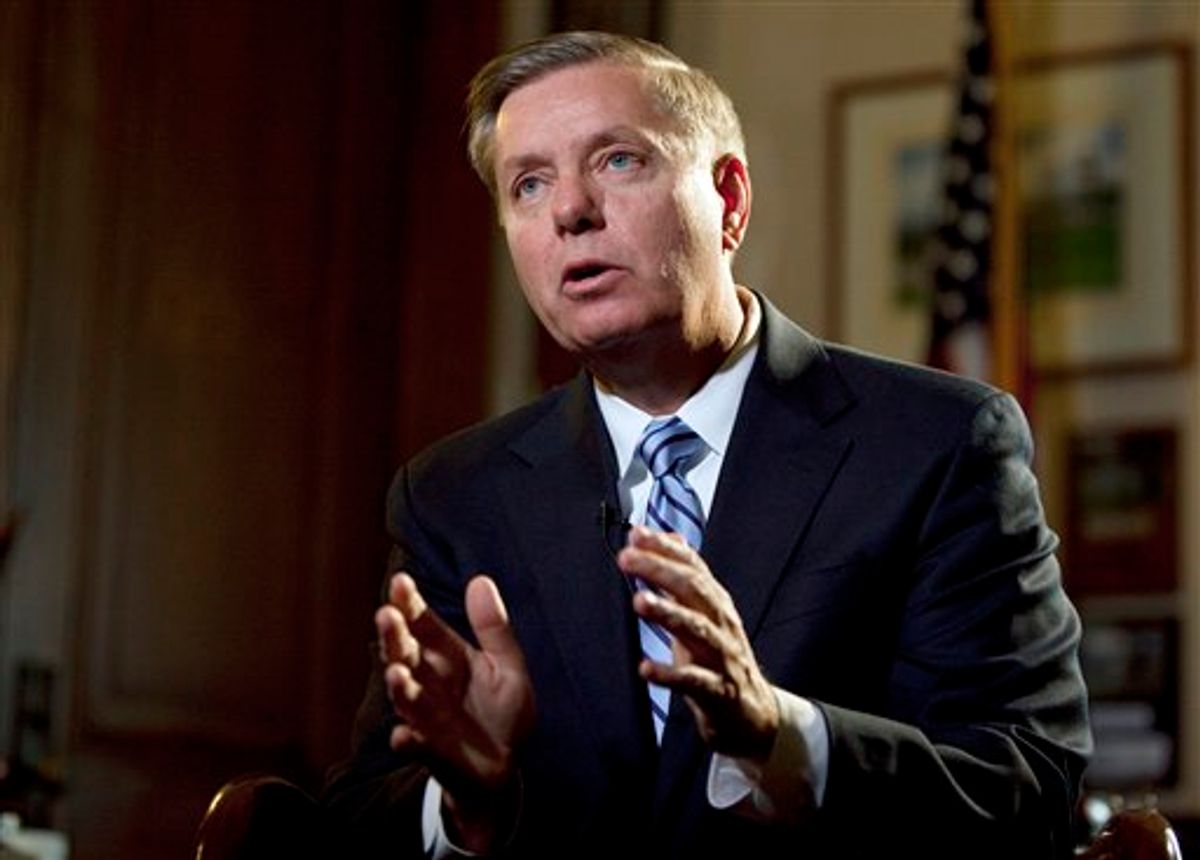 William Gheen, the head of Americans for Legal Immigration PAC, is doubling down on his attempt to gay-bait Sen. Lindsey Graham, R-S.C.

The group just blasted out an e-mail press release:

The national border security organization known as Americans for Legal Immigration PAC (ALIPAC) is officially calling for US Senator Lindsey Graham (R-SC) to make his homosexual lifestyle public knowledge in the interest of political integrity and national security...

"US Senator Lindsey Graham is gay and while many people in South Carolina and Washington DC know that, the general public and Graham's constituents do not," said William Gheen President of ALIPAC. "I personally do not care about Graham's private life, but in this situation his desire to keep this a secret may explain why he is doing a lot of political dirty work for others who have the power to reveal his secrets. Senator Graham needs to come out of the closet inside that log cabin so the public can rest assured he is not being manipulated with his secret."

Exactly what Graham's sexuality -- which has been the subject of rumors in South Carolina for years -- has to do with border security isn't particularly clear. (When asked, the unmarried Graham says he's not gay, he's just single.) He is the lone Republican who's trying to work with Democrats on immigration reform this year; Gheen appears to have decided that makes him fair game for, well, just about anything. The insinuation that he's only supporting immigration reform because he's trying to keep something hidden is pretty slimy, though, even by the standards of ALIPAC.

Gheen's remarks at a Tea Party rally in Greenville, S.C., won him instant notoriety online, and now it seems like he's trying to capitalize on his fame by being even more outrageous. Which highlights the potential downside of all this Tea Party energy for Republicans -- the passion the activists have for ideological purity can lead to situations, like this one, where the GOP is the target of their ire.