Rank yourself, on the scale from Sly Stallone to Vikramaditya Motwane, in our 2010 Cannes-centric quiz 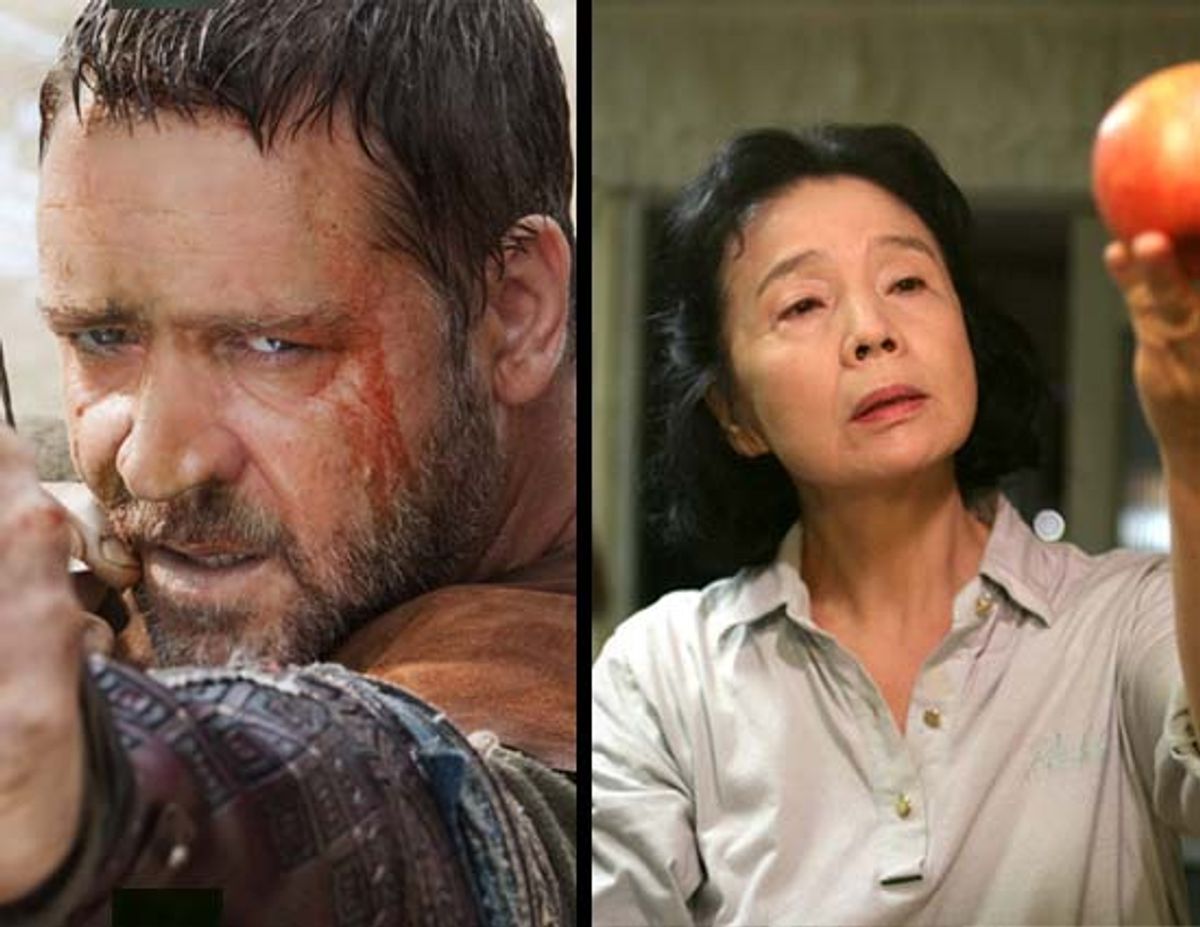 Good morning and good evening, class. We've got a pop quiz for you today, on the topic of Auteurs and Artistes of the 2010 Cannes Film Festival. If you're a filmmaker, a film critic or a film-industry professional of any kind, you might want to recuse yourself -- except no, on second thought, don't. You are, after all, a human being even if you work in the movie biz, and here at Film Salon we truly value your input!

OK, here goes. What follows is a list of directors whose new films will be screened in the official selection of this year's Cannes Film Festival (which was recently announced).

Here's how it works: Give yourself one point if you've heard of the director, two points if you can correctly name a film he or she has directed (I had to dig deep to find a woman for this list, let us note in passing) and three points if you've actually seen one of his or her films. In fact, let's add a bonus category: Five points if you've watched more than one of the director's films all the way through, projected on a big screen. (Just for fun, give yourself an extra point if you know who the oldest and youngest filmmakers on the list are. If you're already that kind of person, it'll be easy-peasey.)

Just to keep things consistent, no compound scoring: For example, if you've seen a film by Christoph Hochhäusler, I'm very impressed -- but you only get three points for that, not an extra two for knowing the film's name and then another point for also having heard of him. Stay away from Google and IMDB until you're finished, please; our secret reverse-Webcam Film Salon Magic Mirror can see you if you're cheating!

Wait, I didn't actually put Christoph Hochhäusler on the list, did I? Darn it. (Any excuse for getting to type that name again.) I think I'm assuming a global zero for that guy -- I may or may not change my personal score by watching his film "Unter dir die Stadt" on the Croisette next month.

By the way, I'll share my score -- eventually -- if you'll tell me yours. First, let's discuss.

Yes, there are a couple of ringers on the list, designed to ensure that none of you comes up absolutely empty, but in fact they're sort of the point. As indieWIRE editor Eugene Hernandez wrote in a recent post, the world's biggest and glitziest film fest serves two distinct castes of movie buffs and two non-overlapping media audiences. "I don't know any of the people in competition," one non-industry friend of Hernandez's told him. On the other hand, indieWIRE's readers, who tend to be industry insiders or hardcore cinephiles, have voted Thai director Apichatpong Weerasethakul's new film (whose delightful if provisional English translation is "Uncle Boonmee Who Can Recall His Past Lives") as the Cannes film they're anticipating most eagerly.

I'm sure that one's on the top of your list for this year. Along with the new film from Jean-Luc Godard, 80ish legend of the French New Wave, also eagerly awaited by the cognoscenti. It's called "Film socialisme." No, seriously, it is.

As Hernandez puts it, this year's Cannes lineup reinforces "an almost blue state v. red state divide that separates more mainstream moviegoers from fans of contemporary international cinema." Cannes programmer Thierry Frémaux is practicing a weird double game that verges on false advertising. He's grabbing global headlines with the opening-night premiere of Ridley Scott's "Robin Hood," with Russell Crowe in the title role (described by Hernandez as "an uninteresting Hollywood studio reboot") and then loading up the festival with Iosselianis, Loznitsas and Lee Chang-dongs -- films and directors that the vast majority of moviegoers around the world (not merely in the United States) have never heard of and will never see.

Admittedly, I don't know anyone who's super-excited about the Scott-Crowe "Robin Hood." I kind of wonder whether anyone is. (Oliver Stone's "Wall Street 2," let me say, is quite another matter.) And there's nothing new about the Cannes combination of mass-market Hollywood whoring and art-house esoterica so nichey it makes your gums bleed from the love of pure cinema. I'll be back on the Côte d'Azur this year, bringing you all the news on men in tights, Gordon Gekko's big comeback and directors whose first name is Xavier. It'll be fun. But, honestly, will you pay more attention to Ágnes Kocsis' and Ivan Fund's films because they share a venue with Oliver Stone, Ridley Scott and (rumored as a possible late addition) Sylvester Stallone? Is that a sustainable ecosystem?

The judging system will take some refinement, but here's a first stab. If your score was below six points, then you opened this story by accident. We're a bunch of weirdos in here, aren't we? If you wound up between, say, 8 and about 20, you're a normal, healthy person with reasonable cultural appetites. On the other hand, if you scored anywhere north of 50, or even 40, you've got to ask yourself some serious questions about the way you've spent your life. That said, I may well know you already. Buy me a drink at Robinson's after the screening of the Sergei Loznitsa film, and all is forgiven.

Hand in your work, please. Class is dismissed.