The state refuses to grant divorces to same-sex couples who married elsewhere. Irony, much? 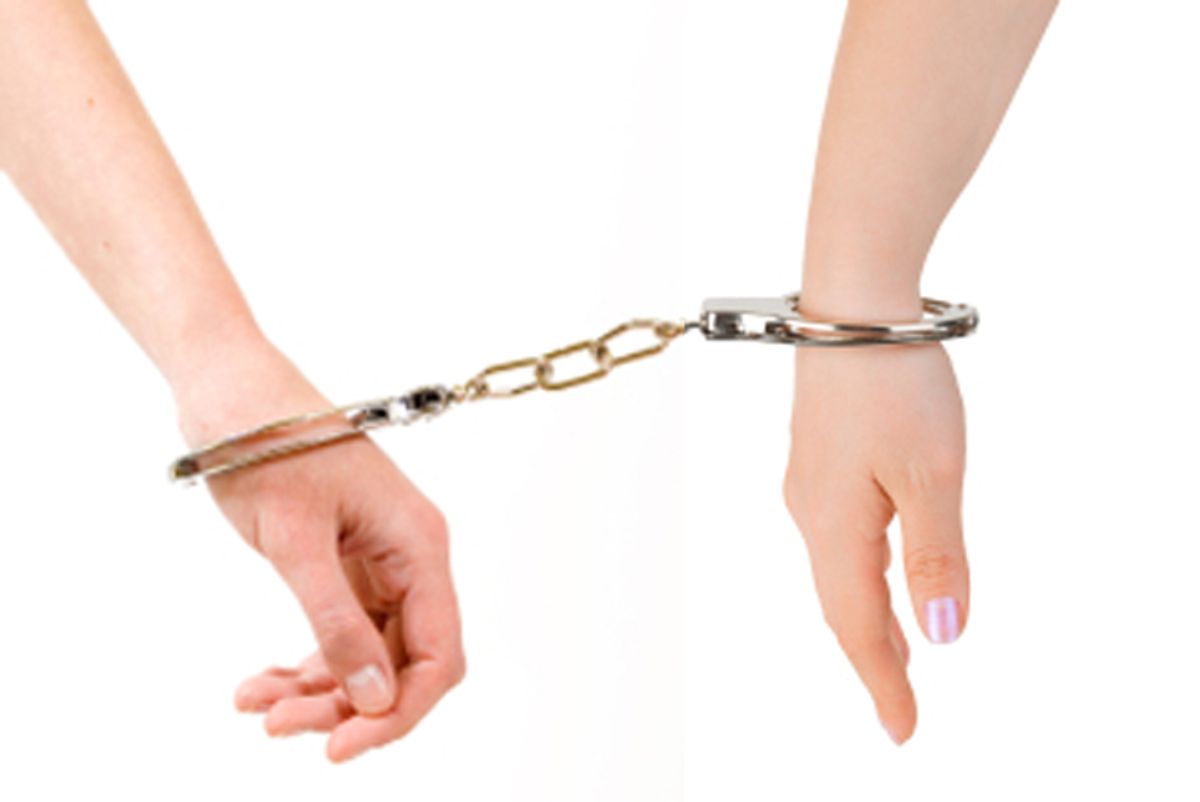 Man and woman hands and handcuffs isolated on white background
--

Get this: Texas is refusing to grant divorces to gay residents who were married in states where same-sex unions are legal. You heard that right -- a state that has fought to prevent gay unions is now fighting to keep married same-sex couples together. Put in those terms, it seems rather ironic, doesn't it? Better (worse?) still, Texas Attorney General Greg Abbott has set out to actually invalidate same-sex divorces already granted by judges. He's appealing two different gay divorces in Austin and Dallas, according to the Associated Press.

Much as it might first appear to go against the state's aim, there is a rational basis for the position: Divorce cannot be granted for an illegitimate marriage. In other words: How can a state invalidate something it doesn't recognize as being valid in the first place? Much as I am loathe to admit it, there is a logical consistency to the state's stance. However, Abbott's argument does get a bit shaky: He says gay couples can legitimately have a marriage voided in Texas. Jennifer Cochran, an attorney representing one of the gay divorcees being targeted, explained to the AP that this raises some niggling questions: "OK, you're recommending voidance, but how does that work? Is it only void in Texas and can you void a marriage that's valid in another state?"

Those questions remain to be answered, and they just might be when Abbott's Dallas case kicks off on Wednesday. In the meantime, I hope this serves as another reminder to opponents of gay marriage that denying basic rights to same-sex couples can be more trouble than it's worth -- you know, niggling complications arise, and injustice can be rather inconvenient.