Hitler finds out he's been yanked 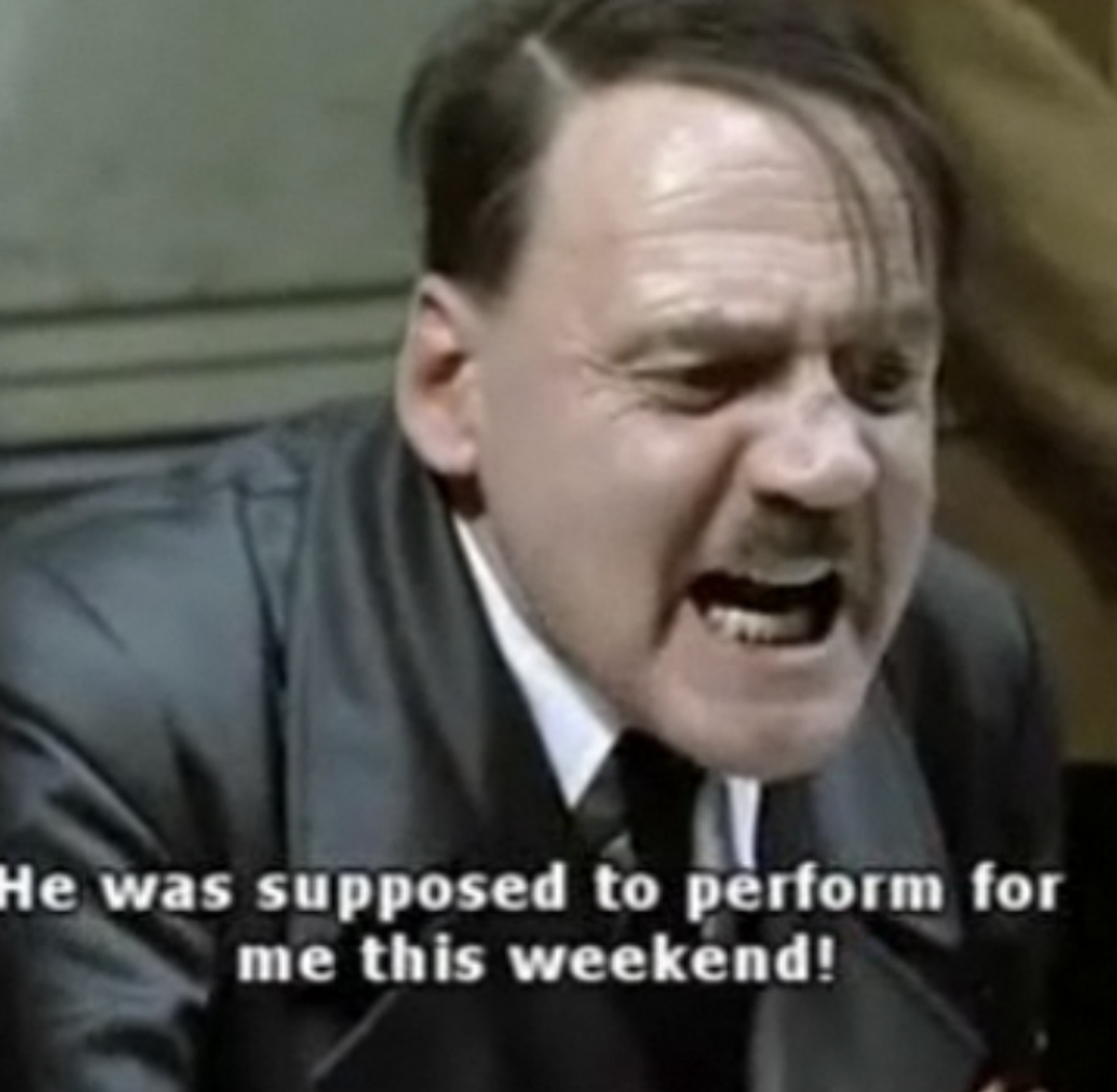 A still from "Hitler Finds out About the Death of Michael Jackson."
--

Quick -- think of everything you know about the movie "Der Untergang." It came out in 2004. It was nominated for an Oscar for best foreign film. It starred the wonderful Bruno Ganz. Anything yet? How about if I said, "Hitler discovers"? or "Hitler finds out"? Right! It's that one!

It could only make sense on the Internet: A pivotal scene in the tense drama of Hitler's last days has an alternate life as a much-loved YouTube meme. Just put up the German language clip with some topical subtitles -- à la "Hitler Finds Out About the Death of Michael Jackson" (below) -- and you've got yourself some easy comedy. The launch of the iPad? Gay marriage controversies? "Ugly Betty" getting canceled? It's just all funny when Hitler's overreacting to it!

Unfortunately, in a bit of irony so rich it's bound to create a brand-new genre, Constantin Films apparently just got wind of the YouTube crowd's hilarious shenanigans with regard to their film. The company is none too pleased with the news and has begun pulling the clips from YouTube with all the enthusiasm of, well, ticked-off Germans.

Sure, it's copyright infringement, but those clips were also the best publicity a relatively little-known 2004 foreign film could ever have asked for. They're as likely a cause for someone to drop it in the Netflix queue as all those international awards. Kiss your loved ones, and get in a few searches while you can. You'll find me weeping softly in my bunker.

Hitler Finds Out About the Death of Michael Jackson | Viral/Other | SPIKE.com