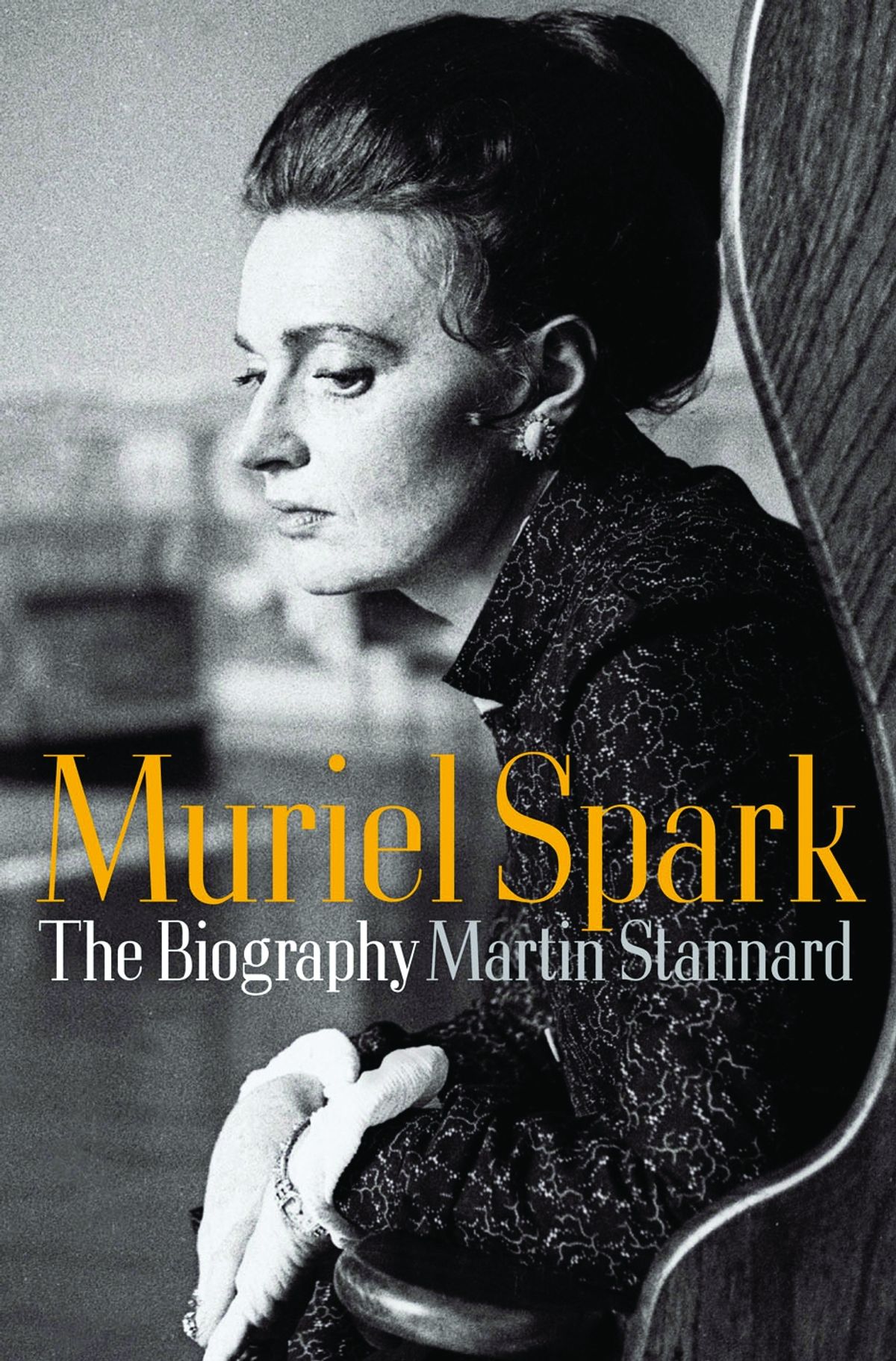 At age forty-three, the witty, exacting, and wholly original Muriel Spark became known to American readers when The New Yorker devoted an entire issue to her sixth and most celebrated novel,"The Prime of Miss Jean Brodie". Brodie, a magnetic and domineering schoolteacher, selects a group of girls to mold into the "crème de la crème" -- young women made in her image who will recognize their prime when it arrives and know how to exploit it. Propping up their history textbooks for appearances as she recounts a pre-war love affair, trailing after her through strange neighborhoods on the way to plays and picnics, Miss Brodie's chosen pupils idolize her -- until the danger of her manipulations becomes clear.

Spark herself attended an Edinburgh girls' school much like the one she depicts so vividly and in such biting detail -- students in stiff blazers, boys hovering on the periphery with their bicycles after the final bell, and the portrait of the widow who endowed the school "hung in the great hall, and was honoured every Founder's Day by a bunch of hard-wearing flowers such as chrysanthemums or dahlias. These were placed in a vase beneath the portrait, upon a lectern which also held an open Bible with the text underlined in red ink, 'O where shall I find a virtuous woman, for her price is above rubies.'" Yet the uniquely charming and monstrous Miss Brodie, for all her verisimilitude, could only have sprung from Muriel Spark's complex mind.

Martin Stannard's sprawling, respectful, frequently overwritten new life, "Muriel Spark: The Biography," underscores just how much the existence of Spark's novels -- some of the finest and funniest of the last century -- owes to happenstance. It's astonishing (and, at least to this aspiring writer, sobering) to realize just how easily she could have failed to bring them into being.

After a painful divorce in her late twenties, Spark left the son of her disastrous marriage in her parents' care, toiled during the day in often thankless office jobs, and wrote poetry and criticism at night, slowly earning respect as a literary scholar. She first tried her hand at fiction at the age of thirty-three, almost by accident. The Observer announced a £250 holiday story contest, and Spark, who hoped to avoid another secretarial gig but had fallen behind on her bills and a book-length study of John Masefield, dashed off an entry and mailed it in. Until then, she claimed, she had no intention of writing narrative prose. She might well have continued to dedicate herself to verse and to tomes on other people's writing had the newspaper's literary editor not called that Christmas Eve morning to let her know she'd won the prize.

Even for a few years afterward, Spark's literary path remained uncertain. She published reviews, wrote poems and stories, worked on a book about the Brontës, and tried to sort out her life. Finding solace in Catholicism, she slowly extricated herself from a poisonous relationship with her live-in lover, the needy, far less talented writer Derek Stanford.

After her Observer winnings dwindled, she took Dexedrine diet pills not only to stay slim but to keep her food costs down. The hallucinatory, paranoiac effects of amphetamine poisoning were unknown at the time, and Spark had always been given to intense literary passions, so friends saw nothing amiss in her fixation on T. S. Eliot's Christian play "The Confidential Clerk" until she began to speak of threatening codes that she believed were embedded in the text and directed at her. "Obsessively she began to seek them out, covering sheet after sheet of paper with anagrams and cryptographic experiments." As her delusions intensified, she became convinced that Eliot had taken a job with some of her acquaintances as a window-washer in order to rifle through their papers.

"We loved her so much during that period," a friend said. "It was really like watching someone using spiritual crossword puzzles.... The text [of the play] kept her mind together somehow." While she recovered, Spark focused on fiction.

Her first novel, "The Comforters," which the novelist Katharine Weber and others have argued she wrote "to save herself from madness," explicitly deals with hallucinations. The protagonist, Caroline, a literary critic, is plagued by voices -- as though, she tells her priest, "'a writer on another plane of existence was writing a story about us.'"

Stannard sensitively but persuasively examines the way Spark's breakdown found its way into her work -- and may even have enabled it -- but also reveals how desperately she wanted to prevent anyone from making the connection. Not only is "The Comforters'" Caroline, like the author, "[t]orn between the spiritual and the material worlds," but a later novel, "The Bachelors," plays back conversations … as a psychodrama of jabbering demons." Like her friend Evelyn Waugh, who was also suffering from amphetamine overdose, Spark coped with her illness by transforming it into art.

Spark published "The Comforters" in 1957, at thirty-nine, to acclaim and confusion (it employed a postmodern structure that was still unfamiliar). Her next book came six months later. "Usually," Stannard observes, "she had one ... finished while another was in proof and a third being launched." Writing novels was so easy, she said in 1960, "I was in some doubt about its value."

Having found her literary footing, Spark was increasingly certain of her talents. She forbade her editors to alter so much as a punctuation mark without permission. She didn't, or at least claimed not to, revise. "If I write it, it's grammatical," she told a friend and fellow novelist who dared to question one of her sentences. When one of her essays was "updated" without her consent, she demanded the culprit make reparations by contributing to her church's organ fund. He balked; she threatened to sue. In the end, he paid. The one critic she relied on was her Persian cat, Bluebell, "a gifted clairvoyante," who "would sit on my notebooks if what I had written therein was all right."

Spark's staggering confidence in her work was largely warranted. "If she thinks it's good," one of her publishers said, "it is good." Her characters, she informed Iris Murdoch, "do exactly what I tell them to do." Novel-writing was "the easiest thing I had ever done." Love affairs, by contrast, were fraught -- and dangerous.

In her fiction, Spark developed stunning authorial control, reminiscent of fellow Catholic Flannery O'Connor's in its precision, insight, and detachment, but less austere and far more inclined to hilarity and wit. Her characters' disagreements are often played for laughs, even as they somehow remain human, believable, and completely engrossing. In "Memento Mori," the most dog-eared among my copies, of her books, Godfrey Colson cross-examines his Catholic wife and housekeeper about cremation:

"'Fancy the idea' ... It is not a question of what you fancy. You have no choice in the matter, do you see?"

"It's a point of discipline in your Church," he said, "that you mustn't be cremated. You women don't know your own system."

"I see, Mr. Colston. I've got something on the stove."

Spark wrote fearlessly but lived, especially once she became famous, defensively. Success made her wary. When considering attachments, she was exceedingly conscious of "the fragility of reputation, the carelessness with which this precious commodity was handled by third parties, the exposure to competitive defamation and gossip-mongering."

Stanford, perhaps her greatest love, betrayed her most egregiously. He sold the letters she'd sent him, stole and did a small trade in her private papers, wrote a patronizing "biographical and critical study" of Spark and her work, and, until he died, published withering reviews of her books. Most unforgiveable of all, though, he told her family of her secret breakdown. And publicly, he insinuated that her work was infected by madness.

Spark raged. An artist, she believed, "was in one sense 'possessed' by her vision but must never be possessed by anyone or anything obstructing this vision. Above all, she must not be possessed by insanity. Great art always walked close to that borderline but the great artist always knew her way back." Her attempts to keep the Dexedrine debacle a secret failed, and not just because of Stanford; as her literary fame grew, other friends, and even her son, proved loose-lipped and judgmental. When they did, she added them to her "menagerie of bêtes noires, the unforgiveables." And she hit back hard.

When her novella "The Driver's Seat" appeared, Stanford implied in The Scotsman that Spark's fiction was fixated on "batty" women and traded in "giggles and sniggers." Her revenge in "A Far Cry from Kensington" rivals Somerset Maugham's brilliantly scathing attack on Walpole in "Cakes and Ale." Bartlett, Spark's pisseur de copie, has Stanford's "speech mannerisms and literary style, the yellow tie and check shirt." His prose "reveals him not only as pompous but also a traitor."

In 1993, Spark's former longtime editor Alan Maclean echoed Stanford, telling the New Yorker that she was "really quite batty" in the diet pill years. "[S]he thought I was one of 'them' -- 'them' being the people who were planting the clues. For a long time afterwards, when she was under pressure she would react very badly." Asked for comment, Spark called him an "indescribably filthy liar" who "must be on the bottle again."

For many years, she avoided interviews lest they depict her in an unflattering light. Her life was the raw material of her art; she refused to squander it just to fill out lazy journalists' puff pieces. Yet she was always cognizant of the public eye, and in some sense enjoyed playing to it. She kept herself thin, dressed as fashionably and expensively as her finances would allow, and reveled in being admired, especially by men.

When in complete control of how she was presented, Spark could be surprisingly revealing. In 1996, she kept an online diary for Slate about her failing health and the way she spent her days. Her warm, confiding tone prefigured blogging; unlike many of today's online diarists, though, she doled out the confessions sparingly.

Even as a girl, she deplored idle curiosity and enjoyed thwarting it. She wrote letters to herself from imaginary admirers and tucked them between the sofa cushions for her nosy mother to find. "Dear Colin," one of her fake responses began, "You were wonderful last night." This trickery is pure Spark: theatrical, clever, subversive -- effortlessly outwitting those who would intrude on her private world.

Her best novels -- "Jean Brodie," "The Girls of Slender Means,""Memento Mori,""The Bachelors,""The Finishing School" -- evince this same amusement at people's foibles, at our half-truths and half-baked schemes, our prying and evasions and delusions and prejudices. All of her characters are viewed through her shrewd, unsentimental lens, a perspective that prefigured those Iris Murdoch and Hilary Mantel later adopted. Her work is sui generis, her influence unquantifiable. The people in her books live and speak believably, passionately, ridiculously -- like lovers overheard arguing in an adjacent apartment.