Credit default swaps: What are they good for?

As derivatives move to the front of the reform agenda, we know at least one thing: Managing risk isn't easy 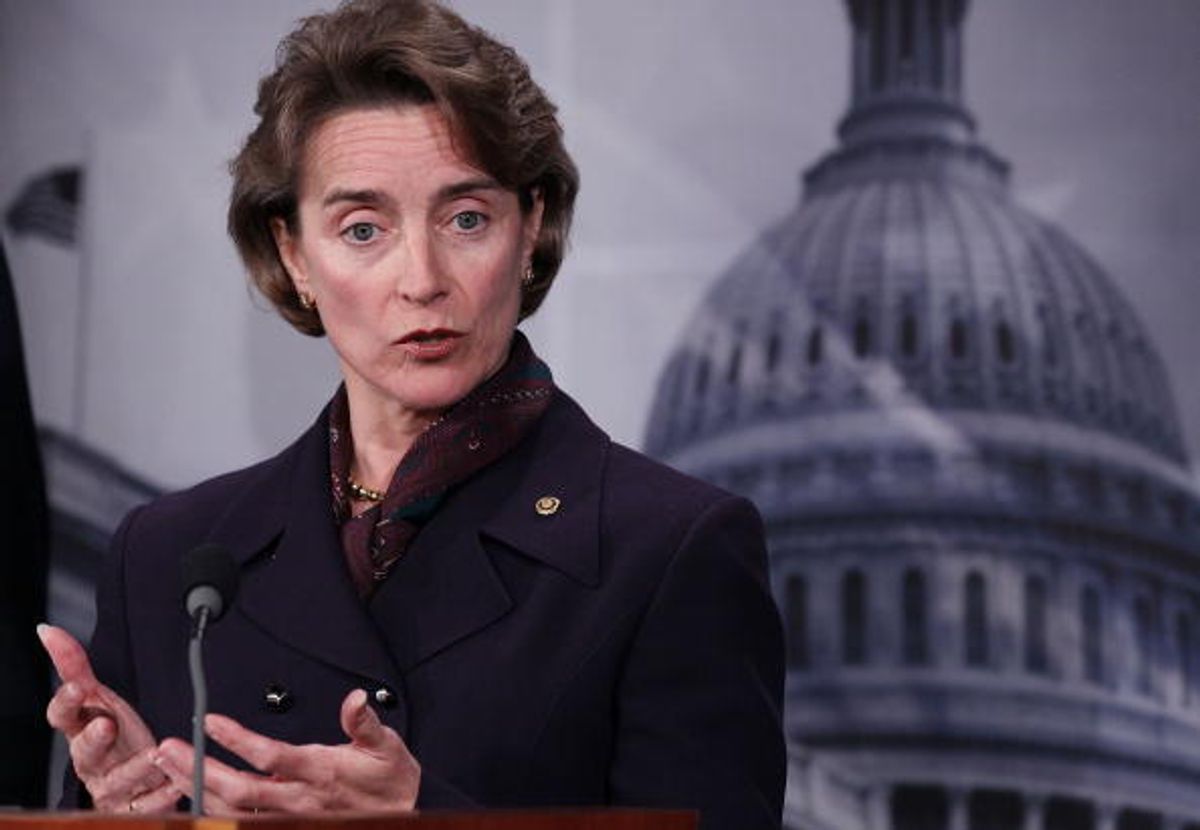 As Congress prepares to debate the role of derivatives in banking reform, a reader asks a highly pertinent question, "One thing I have no understanding of at all: Why are "naked" credit default swaps even legal?"

There is no quick and easy answer to the question, but let's give it a stab. A credit default swap is analogous to an insurance policy written against the possibility of some kind of negative "credit event," such as, for example, an automaker declaring bankruptcy and defaulting on its bond obligations. Let's say General Motors issues a bond and I purchase it. But I'm worried that General Motors may collapse, so I buy a credit default swap on my bond from A.I.G. In return for regular premium payments, A.I.G. promises to reimburse me in full in the event for the value of my bond in the event of a GM bankruptcy. In the parlance of Wall Street, by purchasing the credit default swap I am "hedging" against the chance that my bond will suddenly become worthless.

But what if I don't own any GM bonds, but I still buy insurance against the possibility of a GM default? In that case, I would be purchasing what is known in the trade as a "naked" credit default swap -- akin, say some detractors, to buying fire insurance on a house that you don't even own. I would be making a bet, plain and simple, on GM's credit-worthiness. A bet that wouldn't pay off unless something bad happened to GM.

Estimates of the percentage of the overall market for credit default swaps accounted for by "naked" swaps range as high as 80 percent. If you think that sounds like a wild gambling spree you aren't too wrong. In fact, the Commodity Futures Modernization Act of 2000 that made sure credit default swaps would be largely unregulated specifically exempted such derivatives from anti-gambling laws.

Which brings us back to the original question: Why are they legal? What social utility do naked credit defaults swaps serve? Why not ban them?

The same question, incidentally, is raised in the context of the SEC's charges of securities fraud against Goldman Sachs. Hedge fund manager John Paulson is alleged to have convinced Goldman to put together a synthetic collateralized debt obligation (CDO) --  a basket of credit default swaps mimicking the function of real mortgage backed-securities that Paulson had pre-selected as most likely to blow up as the housing market deteriorated. Paulson then turned around and bought naked credit default swaps that would pay off if the synthetic CDO tanked. Many people are wondering, with good reason, what the social utility of such a house of cards might be. It seems highly unlikely, for example, that Paulson would have made the same bets if he had been required to own a piece of the securities that he was certain were doomed to collapse.

The stock answer from defenders of derivatives is that allowing speculators to bet as much as they want on the credit-worthiness of everything from GM to Goldman-Sachs to the sovereign debt of Greece to the most fanciful synthetic CDO concoction is that such activity provides "liquidity" to the market that makes it easier for legitimate (that is, non-speculative) hedging to occur. If I want to buy a credit default swap on GE, someone has to be willing to sell one. And if lots and lots of parties are buying and selling at the same time, I'm more likely to be able to find what I need to suit my specific circumstance. Liquid derivative markets therefore, theoretically make it easier for credit to flow in an economy. A bank might be more willing to make a loan if it knew it could easily buy insurance against a default on that loan.

A flourishing market for credit derivatives, we were told, time and again throughout the last decade, was crucial to helping all kinds of actors manage their risk, to make the world a safer place.

I know I'm not alone at being astonished when I hear the same argument being made today, so soon after the world witnessed the greatest collective failure of risk management in living memory. Teasing out the responsibility that credit default swaps, specifically, deserve for the overall crisis is tricky, but I think you have to be willfully obtuse to claim that they played no role at all. Speculators betting negatively on the credit-worthiness of Bear Stearns and Lehman Brothers helped to feed the sense of panic over the prospects of the two firms, and fueled the reluctance of the investment banks' counterparties to roll over the short-term loans that kept the companies functioning. And of course, A.I.G's inability to make good on its credit default obligations required a massive government bailout.

You can make a good argument that instead of allowing financial institutions to better manage their risk, credit derivatives actually distributed risk from those best able to manage it to those least able to do so. By packaging up mortgage loans into securities and selling them off to others, the banks and lenders whose primary job used to be to evaluate whether a potential mortgage borrower was a good risk offloaded their responsibility to other parties who had little, if any, expertise whatsoever in the American mortgage business. Risk was distributed from those who understood it to those who didn't.

Back in 1999, the President's Working Group in Financial Markets produced a report arguing that an unregulated derivatives market would "reduce systemic risk." But all the evidence seems to prove that exactly the opposite happened: Systemic risk increased! Among those who signed their names to that report: Larry Summers, Alan Greenspan, and Arthur Levitt, Bill Clinton's SEC chairman. To this day, I haven't heard a good answer from any of them to the question whether the increased liquidity made possible by unregulated derivatives markets was worth the devastation that the entire global economy suffered in exchange.

And here we are, ready to start serious debate on the exact language of derivatives regulation, and a flat-out ban of naked credit default swaps isn't even under discussion. It seems amazing -- as if we were simply handing out invitations to an arson party.

A year ago, Treasury Secretary Timothy Geithner explained his own opposition to a ban.

"My own sense is that banning naked swaps is not necessary and wouldn't help fundamentally," Geithner told lawmakers on March 26, 2009. "It's too hard to distinguish what is a legitimate hedge that has some economic value from what people might just feel is a speculative bet on some future outcome."

At Seeking Alpha, Ravi Nagarajan attempted to explain what Geithner was getting at:

For example, let's say that someone has an ongoing business relationship, such as a supplier relationship, with a company that is in some financial trouble. In such a situation, the purchaser of a [credit default swap] CDS may be hedging against the collectability of trade receivables. On paper, this purchaser would not own the underlying security protected by the CDS, but the CDS may in fact be a legitimate "proxy" to hedge the exposure of the trade receivables. There are obviously many other examples like this.

To return to our original General Motor example, let's say that instead of being a General Motors bondholder, I was instead the owner of a company that sold accelerator pedals to GM. If I'm worried that GM won't be able to pay me for my pedals due to impending bankruptcy, I could buy a credit default swap that would protect me against that possibility. So I'd be betting against GM bonds without owning GM bonds but still for a defensible reason.

Those who are inclined at this late date to be charitable might be able to see Geithner's point. Attempting to distinguish, in written law, between what is an acceptable hedge -- legitimate risk management --- and what is out of bounds speculation, would be a challenge for any regulator. There are too many possible permutations. Would it be wrong for an investment bank with lots of real estate holdings to try to protect itself against a housing downturn by betting against the performance of the kind of CDOs that John Paulson orchestrated?

A better, or more workable answer might be to make the cost of speculating a little higher. If the sellers of protection were required to keep more capital in reserve to protect against the possibility of large future payouts, they might not be so willing to sell credit default swaps to every speculator who came knocking, or they would at least charge higher premiums, which would make speculation less profitable. Other measures, such as moving credit default swaps and other derivatives into centralized clearinghouses could increase transparency and reduce the opportunity for easy profits by encouraging more price competition.

We're going to hear a lot about regulating derivatives in the days ahead. But if anyone starts repeating the mantra of yesteryear -- that unregulated derivatives decrease the chances for systemic risk, they should be laughed right off the floor of Congress. Even Mitch McConnell should be able to concede that point, right?