In order to ensure that the financial meltdown is not repeated, the Dodd bill needs to consider three policies 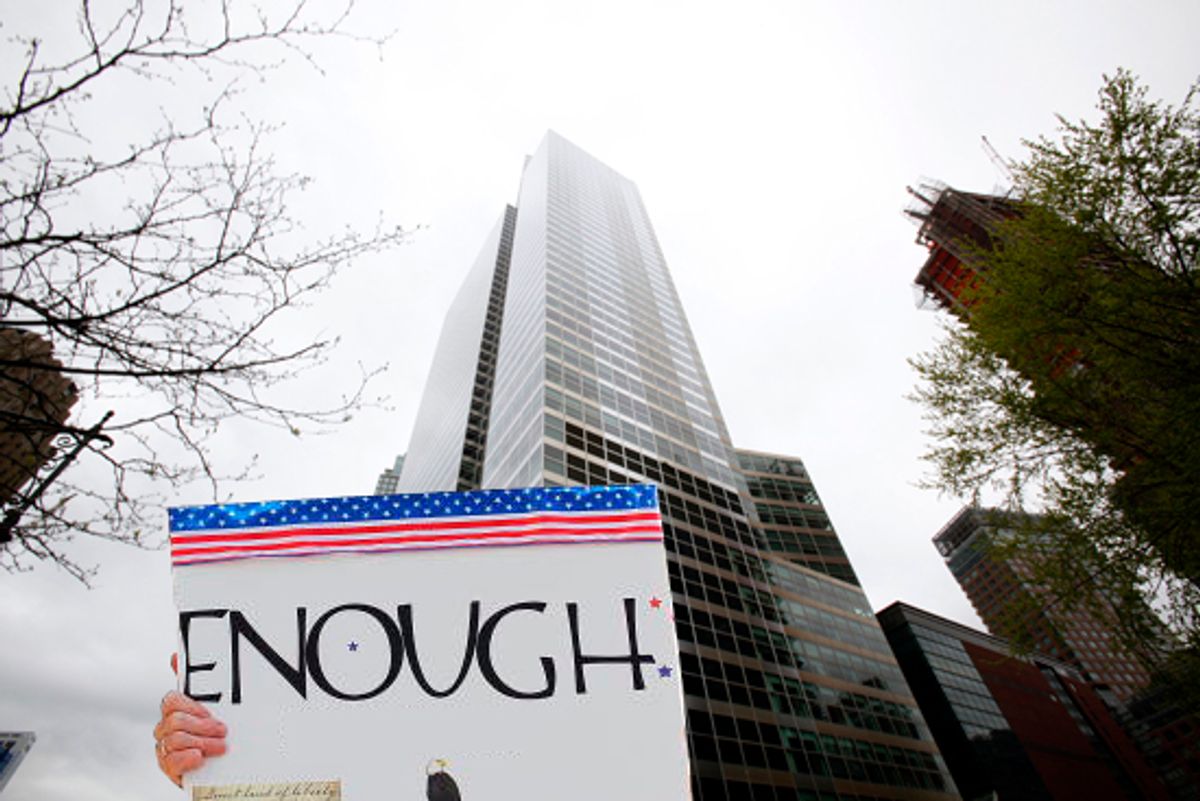 The real scandal isn’t Wall Street’s unlawful acts (i.e., Securities and Exchange Commission vs. Goldman Sachs) but legal acts that have reaped the Street a bonanza and nearly sunk the rest of us.

It’s good we finally have an SEC on which three out of five commissioners are willing to enforce laws already on the books. Hopefully other enforcement agencies (CFTC, FDIC, and the Fed) will follow suit. But we also need to make illegal the recklessness that’s now legal.

The Dodd bill now being considered in the Senate is a step in the right direction. Yet despite the hype, it’s a very modest step. It leaves out three of the most important things necessary to prevent a repeat of the Wall Street meltdown.

1. Require that trading of all derivatives be done on open exchanges where parties have to disclose what they’re buying and selling and have enough capital to pay up if their bets go wrong. The exception in the current bill for so-called unique derivatives opens up a loophole big enough for bankers to drive their Ferraris through.

2. Resurrect the Glass-Steagall Act in its entirety so commercial banks are separated from investment banks. The current bill doesn’t go nearly far enough. Commercial banks should take deposits and lend money. Investment banks should be limited to the casino we call the stock market, helping companies issue new issues and making bets. Nothing good comes of mixing the two. We learned this after the Great Crash of 1929, and then forgot it in 1999 when Congress allowed financial supermarkets to do both.

3. Cap the size of big banks at $100 billion in assets. The current bill doesn’t limit the size of banks at all. It creates a process for winding down the operations of any bank that gets into trouble. But if several big banks are threatened, as they were when the housing bubble burst, their failure would pose a risk to the whole financial system, and Congress and the Fed would surely have to bail them out. The only way to ensure no bank is too big to fail is to make sure no bank is too big, period. Nobody has been able to show any scale efficiencies over $100 billion in assets, so that should be the limit.

Wall Street doesn’t want these three major reforms because they’d cut deeply into profits, and it’s using its formidable lobbying clout with both parties to prevent these reforms even from surfacing. It’s time for Main Street -- Tea Partiers, coffee partiers and beer drinkers -- to be heard.